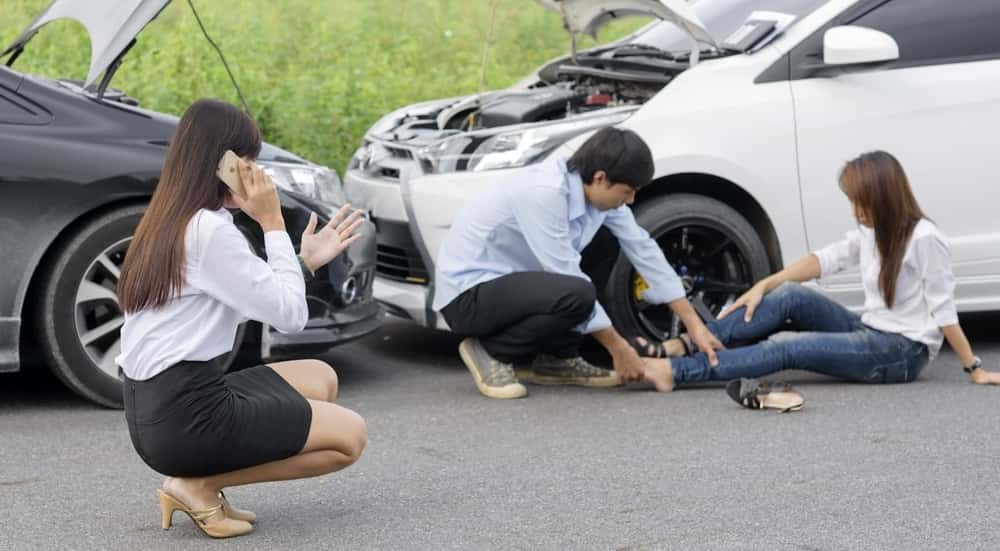 Defining Your Rights After an Auto Accident

An auto accident attorney frequently refers to the concept of protecting the rights of their client after an accent. And an accident victim does have legal rights afforded to them by the law on varying levels. But they’re a nebulous grouping of laws that depend primarily on the state that the accident victim happens to be living in. There is no federal law or constitutional mandate that says each and every citizen has the inalienable right to be free from harm. Yet a lawyer can legally use the language of “preserve your rights” on their advertising materials without consequence because there are rights that need to be preserved on behalf of a victim after an auto accident. Here’s how individual rights are defined after becoming an auto accident victim.

The Right to Be Free From Harm

The Constitution and the Bill of Rights, also known as the Amendments, don’t specifically state that a U.S. citizen has the right to be free from harm. The idea that an individual has the expectation to go about their day without being harmed by another individual is what’s known as an implied right. That means that individuals can take legal action against someone else who has done them physical harm and seek financial reparations for their injuries or losses. A good example of this concept is the O.J. Simpson wrongful death civil lawsuit.

O.J. Simpson was acquitted of the criminal charges against him, but it didn’t prevent the families of Ron Goldman and Nicole Brown-Simpson from bringing a lawsuit against him. The families could do this because the statute of limitations had not run out in California by the time they sued Simpson. California law enables the families of murder victims to enforce the rights of their lost loved ones on their behalf. These laws can and do vary from state to state, but while an auto accident isn’t necessarily a crime scene, this particular unwritten right is something  a lawyer can invoke on behalf of their client depending on the specifics of the accident.

The Right to Be Made Whole

This is a complex concept that involves insurance companies paying you fair compensation for the injuries and damages you suffered after an accident. The idea of being made whole was decided in a court case known as THIRINGER v. AMERICAN MOTORS INS., 91 Wn.2d 215, 588 P.2d 191 (1978). In summary, it sometimes happens that the injured party has to sue to recover more money in order to be made whole again. Once a satisfactory amount has been recovered from the offender or their insurance company, the accident victim’s insurance company can lay claim to excess monies won in the suit and use for the repayment of claims paid out to the injured party.

No two accident victims are going to require the same amount of money to be made whole again. This means each case differs in the total amount of money required to make the injured whole again. While the right to be made whole is not necessarily a specific law or clearly defined concept , it is recognized by court decisions as something that an accident victim can seek. The job of an attorney to to make sure that the victim receives adequate compensation for their injuries and damages without losing any of it to their insurer.

The Right to Be Heard in Court

When someone has a grievance against another person, they have the right to use the civil courts to have their voice heard. Auto accident cases are heard in a specific civil court division that’s designed to hear the arguments from the plaintiff’s attorney and the defendant’s attorneys. But there is a time limit known as the statute of limitations that prevents a lawsuit from being initiated after a set amount of time. These laws exist to prevent someone from suing an insurer or defendant many years after the accident, but they are also used to keep the unaware from filing in court when negotiations aren’t brought to a settlement.

Statutes of limitations differ from state to state, but the average amount of time an auto accident victim has to file is three years after the incident. There are mitigating factors that can shorten or extend the statutes, but again, these factors depend on the state.

Insurance companies and the attorneys for the victim typically negotiate an agreement and settlement that covers the medical bills and damages before the statute of limitations are up. Most insurers prefer to not go to court and prolong the process, but there are some who feel that they don’t want to negotiate in good faith. These insurers may try to “wind down the clock” and prolong the negotiation process until the time limit has expired. This prevents the injured party from going to court to force a settlement and allows the insurer to not pay out further on the claims. However, an attorney is also aware of the time limits and won’t let an insurer drag things out in an attempt to wind down the clock.

All auto accident victims are afforded these rights and more after being injured by someone who made a poor decision. But these rights are at the core of most cases handled by an attorney and they use them to gain a form of justice for their clients. Criminal charges may never be brought by the police in an auto accident, but the victim is not without recourse and can use these rights to be made whole whether it’s to replace a car destroyed by the impact or to cover ongoing medical costs that arise after the incident.