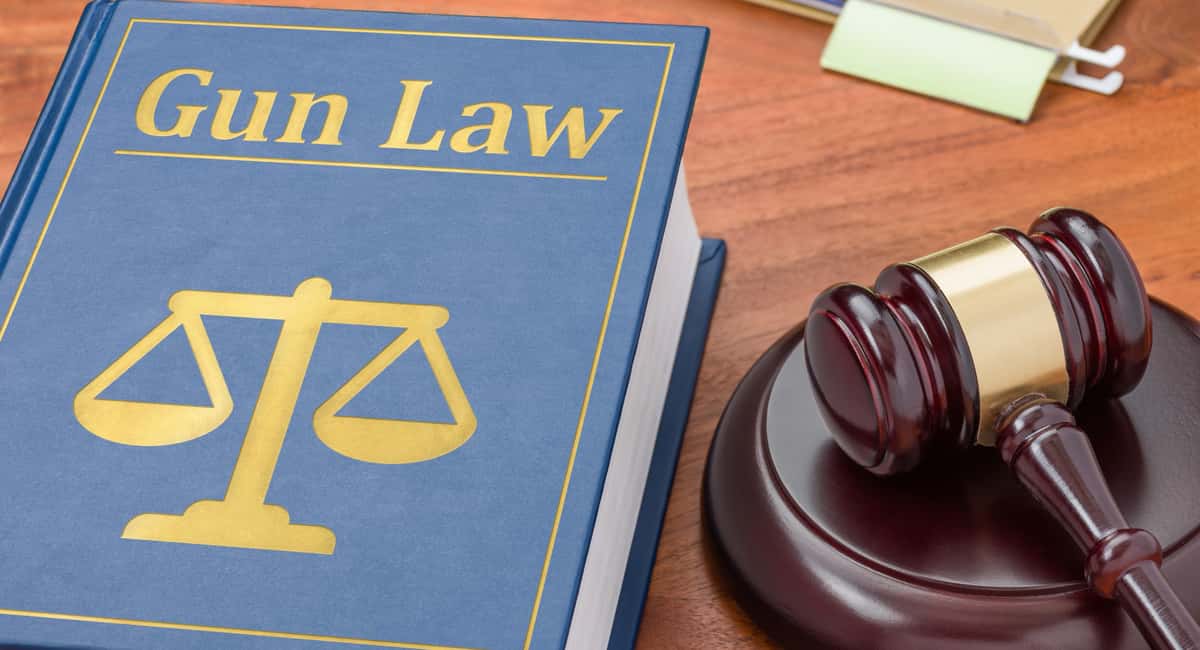 With a ton of amazing attractions, beautiful scenery, and fun things to do, Wisconsin is a hidden gem. And Wisconsin open carry laws are very graceful you know.

People from around the world visit Wisconsin for its peaceful atmosphere, incredible food, and a chance to experience the outdoors.

One of the most popular outdoor activities in Wisconsin is hunting and shooting. And there are plenty of places to enjoy shooting in Wisconsin. But with recent changes in Wisconsin open carry gun transport laws, outdoor enthusiasts need to be careful they don’t break the law.

In this article, we’ll go over Wisconsin open carry gun transport laws and some basic definitions to help you stay within the law and enjoy your time in this great state.

Before we dive into the gun transport laws in Wisconsin, we need to go over some basic definitions.

Long guns are typically used for hunting and home defense.

Long guns include shotguns, rifles, or black powder rifles. It doesn’t matter if they are semi-automatic, pump-action, or bolt action. Any firearm with a stock that is designed to be fired from the shoulder is a long gun.

A handgun is any type of firearm that lacks a stock, is concealable, and can be fired without bracing against the shoulder.

The laws surrounding the use of handguns are typically more strict and stringent with harsher penalties and more regulation.

But with the different ways firearms can be loaded, that term might be confusing.

An unloaded firearm is a firearm that is completely free of ammunition, including the chamber and magazine. You can learn more about some of the different types of ammo that can be used to load a firearm here.

For example, some people might consider a handgun unloaded if there is a magazine in it, but a round isn’t in the chamber. However, that is technically a loaded gun.

The same goes for rifles and shotguns that hold multiple rounds.

No rounds may be in the gun at all for it to be considered unloaded. For a weapon to be encased, it must be in a hard case that latches closed.

In Wisconsin, there are different transport laws for handguns and long guns that change depending on the vehicle, the location of the vehicle, and whether the person has a concealed carry permit.

Follow these laws carefully, because transporting a firearm illegally can carry serious penalties.

Wisconsin gun laws used to require that all long guns be carried unloaded and inside a case or holster (check out https://gunlawsuits.org/top-picks/best-car-holsters/ to learn more) when inside a vehicle. Nowdays, there is a lot of choices online when it comes to purchasing holsters, so there is no reason for a gun owner to not have a holster they love.

However, this law made it inconvenient for hunters. Hunters frequently drive from location to location while hunting. Having to take their guns in and out of a case every time they hopped in the car was a pain, so they changed the law to make it more convenient.

Long guns are typically used for hunting and home defense. That’s why there is no logical reason why someone would have it loaded while transporting it. Hunting rifles with scopes provide the ideal solution for short, medium, and long-range engagements and also dangerous game hunting.

Wisconsin adopts this same idea for its long gun transport laws. Wisconsin gun laws state that you cannot have a loaded long gun in your vehicle, including automobiles and all-terrain vehicles.

In regards to boats, you cannot have a loaded long gun on board unless the motor is not running. The boat may be drifting, but cannot have the motor running.

If you transport a long gun on an aircraft, it must be unloaded and in a case.

The handgun transport laws in Wisconsin have recently been at the center of hot debate.

The law states that you cannot carry a loaded firearm in your vehicle unless it is a handgun. This law drew controversy after a man was arrested for carrying a loaded pistol in his glove box without a concealed carry permit.

If you have a loaded handgun in your car that isn’t in plain view, it is considered to be a concealed weapon. That requires a concealed carry permit, which allows you to carry a concealed pistol on your person and in your vehicle.

If you do not have a concealed carry permit, you must have your loaded handgun in plain sight and not concealed in any way.

Plain sight is defined as having the firearm above the window line and not concealed by any furniture or debris. You can also load and carry your pistol in your car, as long as it is in plain sight.

Having a concealed carry permit will allow you to carry a loaded pistol to many places in Wisconsin that would otherwise be off-limits.

However, there are still places where you cannot possess a concealed firearm. This includes places such as schools, courthouses, police stations, and other government buildings or facilities.

You also cannot carry a handgun onto an aircraft without it being unloaded and cased.

Now that you know a little more about Wisconsin gun transport laws, you can enjoy the incredible outdoors of Wisconsin open carry and protect yourself while obeying the law.

Make sure to review these gun laws before planning your next trip or purchasing a new firearm. And if you need more information, keep scrolling our gun rights lawyer blog.