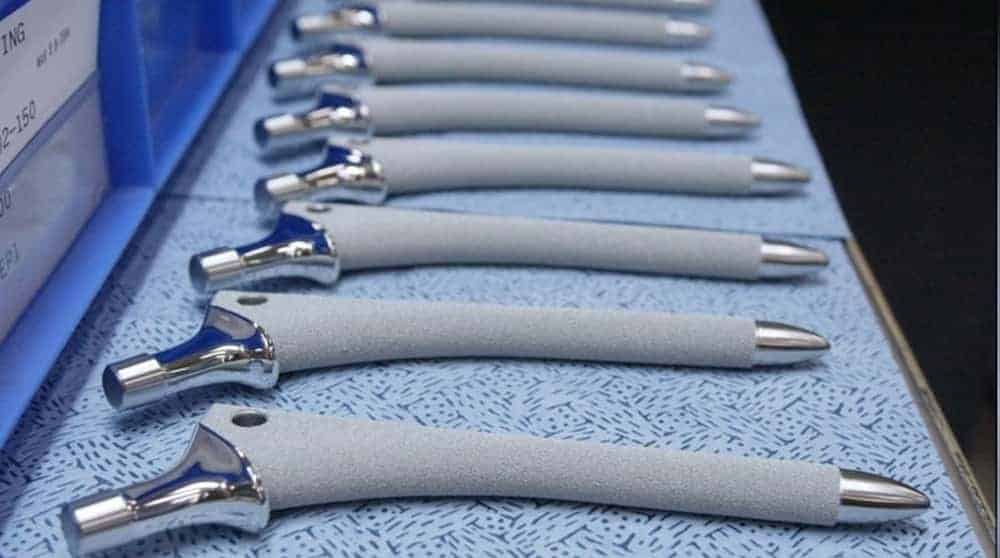 Over the course of the last several days, there has been a flurry of discussion regarding Netflix’s latest documentary, The Bleeding Edge. Much like its predecessors (Making a Murderer, The Keepers, Evil Genius), this hour and forty-minute film (directed by Kirby Dick and produced by Amy Ziering) takes a very raw and uncensored look at the $300 billion medical device industry and how, every year, thousands of innocent people fall victim to its profit-driven agenda; begging the ultimate question, what price is the American public paying for the sake of advancing medical science?

Sadly, The Bleeding Edge is rife with examples of the price Americans are paying for the sake of advancing medical science. Interviews with women having received the Essure permanent birth control device reveal how over 35,000 women have had their lives reduced to chronic pain, autoimmune disorders, and hysterectomies as a result of Bayer’s failure to report the side effects associated with its device. Individuals having received metal hip implants discuss their development of cobalt chromium metal poisoning and the related onset of debilitating neurological deficits. Other women detail the multiple and painful surgeries they have undergone in an attempt to remove the vaginal mesh strangulating their bodies, which had originally been used to help stabilize and reinforce weakened pelvic muscles often caused by childbirth and aging. Even more women discuss how sections of their colon exploded from their bodies following their surgeons’ use of the robotic, da Vinci System.

For years, industry has pushed this idea that newer is better and that new and “innovative” medical devices put us on the “cutting edge” of science. However, The Bleeding Edge most accurately dispels this myth, delving into the world of medical devices, exposing the stark reality of how industry’s push for “innovation,” coupled with a lax regulatory system, actually puts us on The Bleeding Edge of science, as every time a patient agrees to the implantation of a medical device, he or she is unknowingly subjecting his or herself to unimaginable harm, or even death.

Over the last ten years, 70 million Americans have been implanted with a medical device. These devices are a part of our everyday lives, ranging from dental floss and tongue depressors, to pace makers and catheters. Stryker, one of the leading manufacturers of hip and knee replacement components had a net revenue of $12.7 billion in 2017. Bayer, the manufacturer of several contraceptive devices, including, Mirena and Essure, made well over $40 billion in revenue, and Johnson & Johnson, a manufacturer of vaginal and hernia mesh made over $76 billion in revenue in 2017. The profit margin of the medical device industry is frightening in that it has afforded these companies the opportunity to infiltrate our lives under the guise of medical advancement, all the while exposing us to perilous harm.

The Bleeding Edge highlights the misconception under which many Americans operate – that their medical device has been adequately tested and deemed safe and effective for use by the FDA. Since 1976, it has been the responsibility of the Food and Drug Administration (FDA) to regulate the approval of medical devices. However, since 1976, the complexity, type, and number of medical devices has vastly increased, but whether they are released for public use is still based on a system created over 40 years ago; one clearly incapable of contemplating today’s technology.

98% of all medical devices are not tested prior to approval. Rather, manufacturers are able to acquire approval of medical devices by the system known as the 510(K) process. To obtain approval under the 510(K) process, a manufacturer is only required to show that its device is substantially similar to another (predicate) device that was previously approved by the FDA; absolutely zero safety testing is required. This is true even if the predicate device was taken off the market for safety concerns. Per the FDA, in considering a 510(K) application, it does not check the predicate device for safety issues, or to see if it has been removed from the market; it only looks to confirm that it was actually approved by the FDA. Consequently, much like a genetic mutation, approving a product that is based on the design of a device that has been found to be unsafe, promotes the production of faulty devices in generations to come.

Even more, The Bleeding Edge calls attention to the seemingly biased and corrupt workings of the FDA. FDA officials and physicians charged with the responsibility of determining whether a device should be approved, more often than not, have stock or other monetary interests in those exact devices before them for approval. For example, prior to Dr. Scott Gottlieb (current FDA Commissioner) being appointed commissioner, he not only worked as a consultant to a range of medical industries, but he worked for a venture capitalist firm, New Enterprise Associates, that specialized in the investment of startup medical device companies, which has invested $14 billion in over 500 companies, including the development of the very controversial permanent birth control device, Essure.

Another misconception addressed by The Bleeding Edge is that the FDA has the data it needs to regulate or recall medical devices. Some safety issues with a device do not become apparent until after the device is already on the market. In these instances, a manufacturer has an absolute obligation to monitor and report such safety issues (adverse events) to the FDA. If enough adverse events are reported for a particular device, the FDA will then decide if the device needs: further safety testing; stronger warnings; or to be pulled from the market altogether. However, if the FDA is unaware of the adverse events, it cannot make the decisions necessary to protect us. The disturbing and unfortunate reality of the situation is that only 3-4% of adverse events are reported by device manufacturers, and the more severe an event, the less likely it is to be reported. Thus, the whole idea of the FDA relying on a company to essentially “tell on itself” when something goes wrong with a device, when billions of dollars of profits are at stake, is not only counter intuitive, but a system that completely fails the American people.

Leaders in industry argue that to impose stricter regulations on how medical devices are approved, is to stifle innovation. However, as Bleeding Edge explains, the aim of regulation is not to stifle innovation, but to call real attention to the safety risks that these newer and “innovative” devices pose to patients. After all, innovation doesn’t necessarily mean better. It means “massive adoption of new technology with little evaluation of the outcomes”, or “putting untested devices on the market.”

HOW THE YOST LEGAL GROUP CAN HELP

If you or a loved one has been injured as a result of a faulty medical device or defective drug, The Yost Legal Group may be able to help.  Our team of experienced legal professionals is here to offer you free, individual consultation. We serve as the voice of our clients to hold Big Pharma accountable and obtain the justice each one so rightfully deserves. Call The Yost Legal Group (1-800-YOST-LAW) today. Let us be your voice.