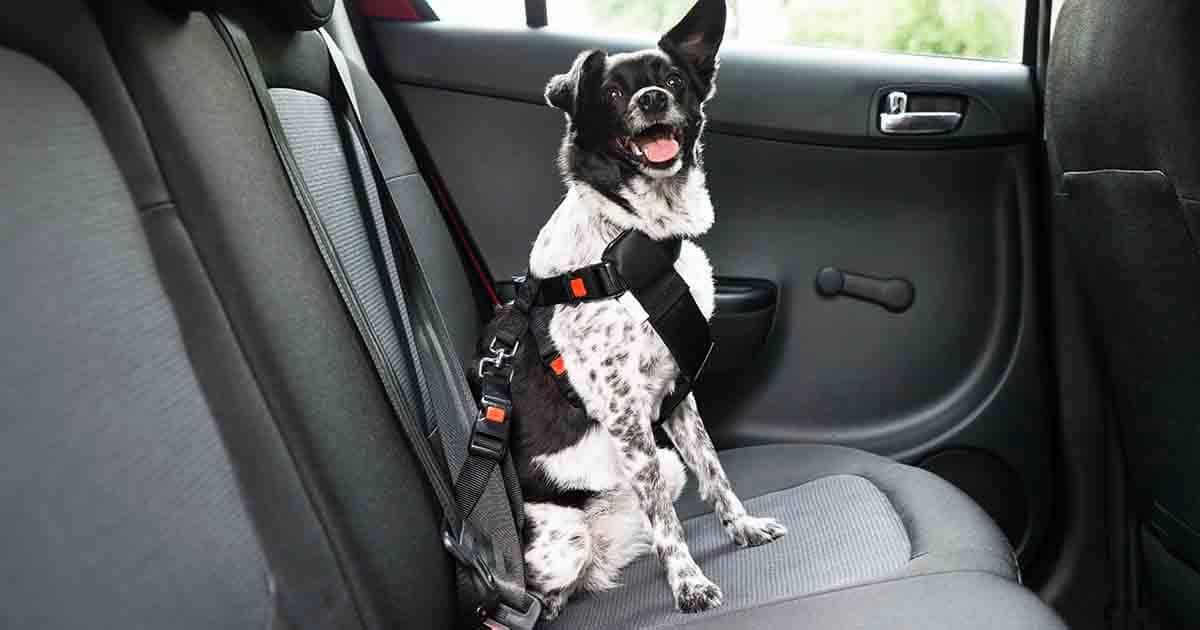 Ways To Ensure Safe Vehicle Travels For A Dog

Unsurprisingly, dogs are the most common house pet in the United States. From 2017 to2018, 38.4 percent of American households owned at least one dog, according to the American Veterinary Medical Association (AVMA). That is over 48 million homes with an average of 1.6 dogs per estate.

In addition to dogs or other pets, many homeowners also own at least one vehicle. The Federal Highway Association says 93 percent of households in 2019 had access to a minimum of one car. People registered an astounding 276 million vehicles in the country in 2019, and that number has steadily increased over the past two decades.

More than likely, there are millions of homes in the United States today that own both one dog and one car. With vehicle registration rising and the first-time dog adoption rate increasing in 2020, which some attribute to the free time created by the COVID-19 pandemic, more people will be driving with a canine passenger.

The Basics For Beginners 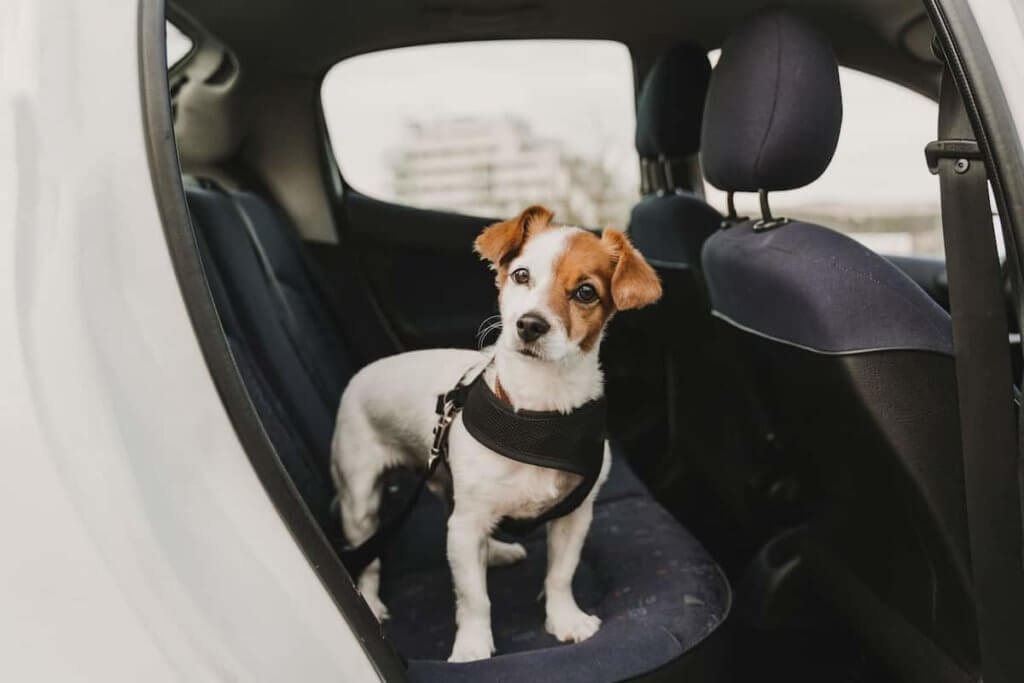 With the summer months approaching, traveling on the road with a furry friend to a park or beach is a possibility for many Americans. To ensure the dog’s safety, owners should take some precautions to prevent any avoidable accidents. With many people finding themselves as first-time dog owners, it’s important to be educated on proper safety procedures for traveling with your pet.

An April 2020 Rover report found that 60 percent of new dog owners admitted to having little to no pet experience. These unpracticed owners, or even a more experienced owner, could pack their dog in the back seat and head off on their ride with no other measures taken to fasten their pet in place. So, what is the most basic action that an owner can take to secure their dog’s safety in the vehicle?

Purchasing a harness that surrounds the entirety of the dog’s chest is one of the easiest methods for securing the pet in a car’s back seat. Running the seat belt through the harness’s rings, slits, or handles on the dog’s back eliminates the risk of a man’s best friend falling onto the floorboards. Harnesses vary in size and model, so it is best to find one that is neither too loose, which the dog could slip out of, or too tight, which could discomfort the animal.

If a harness is not exactly the kind of protection an owner is looking for, there are a few other alternatives for securing a dog. One possible substitute is a tether. A tether is essentially a seatbelt made for dogs.

An owner can take the tether’s loop end and wrap it around the seatbelt, and then can take the carabiner end and clip it onto the dog’s collar. This option is typically inexpensive, but they do come with some risks. If the driver gets into an accident or the dog falls from the seat in any way, they could hang by their necks from the tether attached to the seat belt.

Nobody ever plans on an event like this, but it should be accounted for. One way to reduce the risk is having the tether used as a supplement with a harness. That way, the tether will not be attached to the neck in any capacity.

“Responsible drivers and pet owners will take proper safety precautions to protect themselves from all potential dangers while driving,” said Attorney Joel Hamilton of Schiller & Hamilton Law Firm. “Driving defensively and using safety measures for yourself and your pet are great ways to prevent serious injuries from occurring in the event of an accident.” 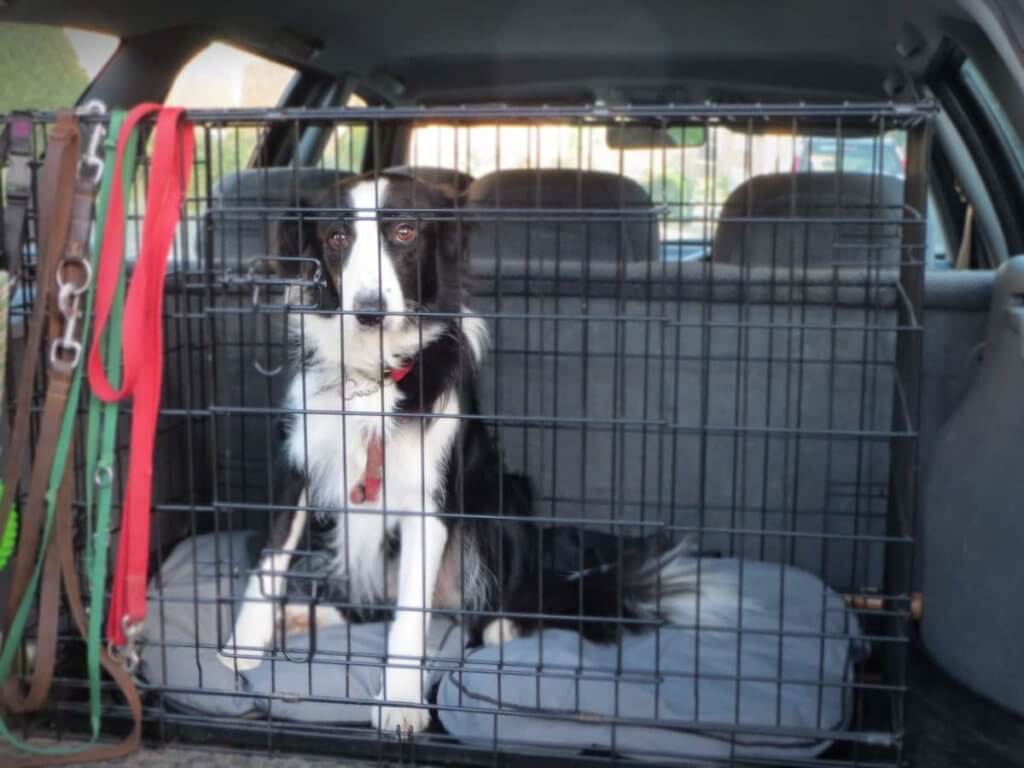 Bringing a crate or kennel into the car is also a viable option for safe travel for dogs. Additionally, it could provide a more comforting atmosphere for the pet, as many dogs experience anxiety while sitting in a moving vehicle. The crate or kennel, especially if it is the same one used inside the home, could calm the dog’s nerves if they know they are protected.

For smaller dogs, such as French Bulldogs, Toy Poodles, and Pomeranians, using a crate or kennel is fairly easy. More than likely, the required crate size will not take up much space, and it should be transportable.

For larger dogs, like the Bernese Mountain Dog, Doberman Pinscher, or Italian Greyhound, setting up a crate in the car might not be as easy. A larger kennel may impede visibility while driving. A solution could be to either put the crate in the trunk if the owner drives an SUV-type vehicle or put it on the floor if space permits. 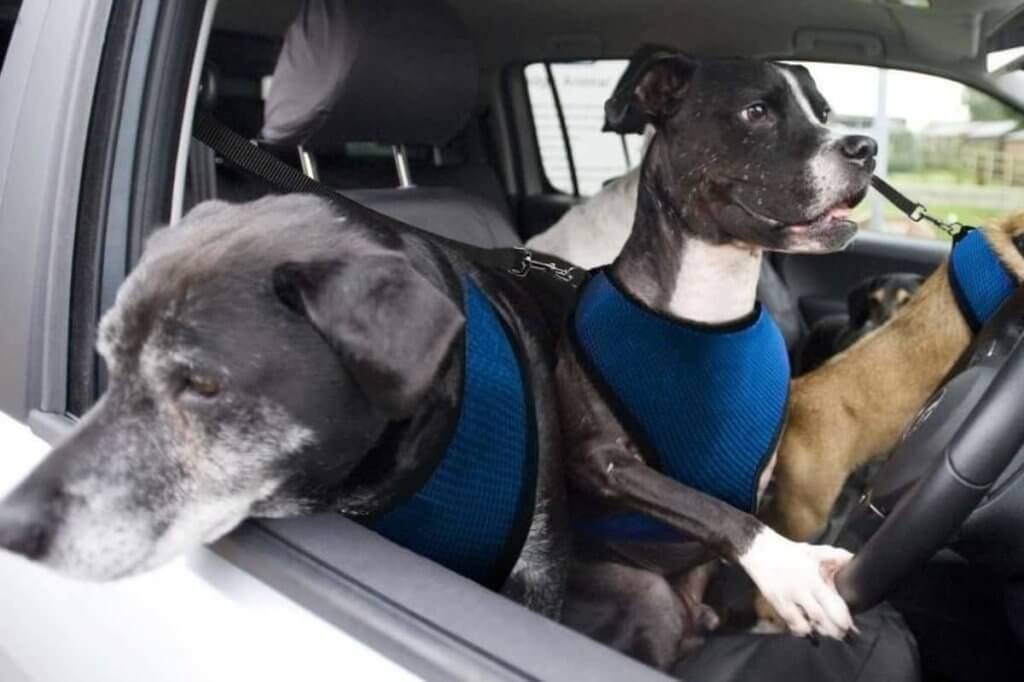 Warmer weather is on the horizon, so it will not be long before temperatures reach uncomfortable levels in some parts of the country. According to the National Oceanic and Atmospheric Administration (NOAA), 2021 saw the seventh hottest January since monthly temperature loggings began in 1880.

Going into Spring, it will only get warmer, so the sun poses another imminent threat for driving with a dog. Luckily, there are ways to combat the heat. Of course, opening the windows and turning on the air conditioner helps cool the pup, but bringing a cup and water for the dog will keep them from getting dehydrated.

It is never a good idea to leave a dog in a parked car, even if it is still running. The temperature can reach 100 degrees within minutes on a summer day, and it does not take much for a furry dog to have a heat stroke.

These were only a few examples of how to protect a dog while driving. There are many other options an owner can take to protect their dog. Every owner should find what works best for both themselves and their pet. With a safety plan in place, dogs and owners will be off for some socially distanced summertime fun in no time.