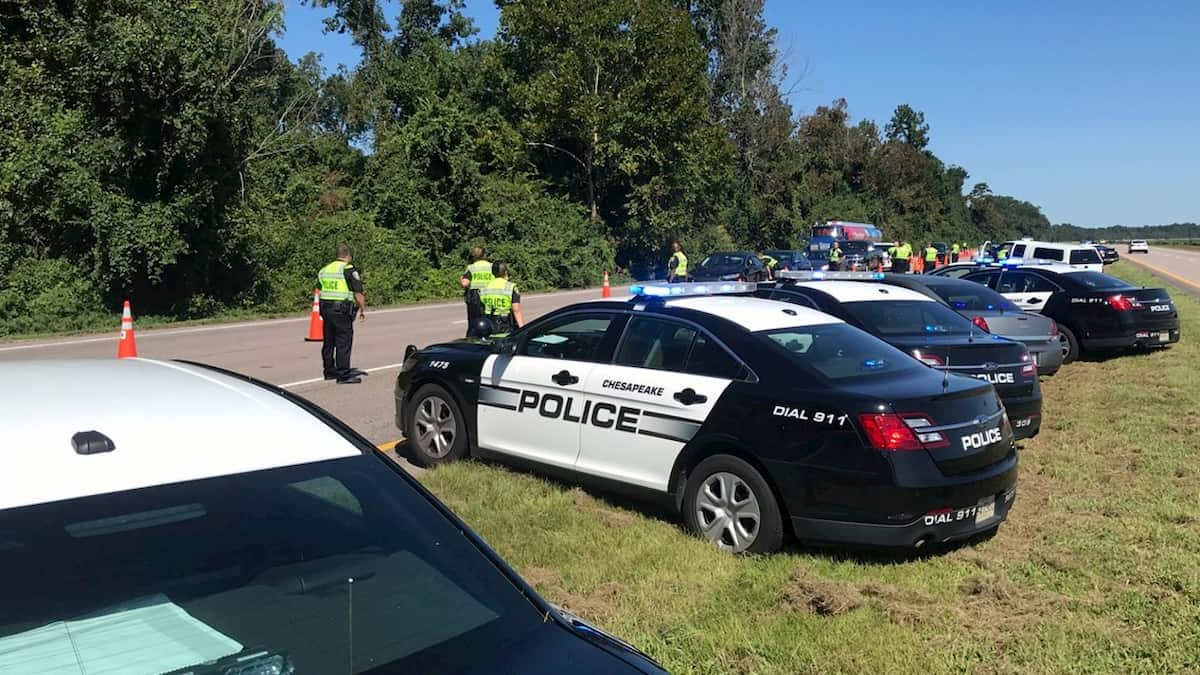 Despite efforts by many national campaigns and general education programs to deter it, drunk driving is still a prevalent and deadly issue within the United States. Every day, more than 20 people die in a motor vehicle crash that involves a driver under the influence of alcohol. While this number may have shifted due to the pandemic, many officials are still worried that drunk driving rates aren’t decreasing as fast as they should be. However, some states are taking direct action to change this.

Virginia recently concluded their 19th annual Checkpoint Strikeforce – an enforcement and education campaign centered around preventing impaired driving and alcohol-related accidents on Virginia’s roads. The program started in mid-August and ended after Labor Day weekend, but is marked to continue during large holidays like Thanksgiving, Christmas, and the New Year.

Since the establishment of Virginia’s Checkpoint Strikeforce campaign in 2002, traffic fatalities related to alcohol have reduced by more than 25%, and traffic injuries from alcohol have been cut by more than 46%. This year, the initiative included DUI stops and advertisements on various platforms, reaching as many people as possible with the same message: don’t drink and drive.

What is the Checkpoint Strikeforce?

Started more than 15 years ago, the program was established by multiple Virginia agencies in an effort to remove drunk drivers from the roads and warn other drivers from the dangers of drinking and driving. Using sobriety checkpoints and patrols at points where drunk driving is common, this program was created in an attempt to save the more than 250 lives lost annually to impaired driving in Virginia.

“Drunk driving is very preventable,” said criminal defense lawyer Karin Riley Porter from Price Benowitz LLP. “Unfortunately, drivers either overestimate their driving abilities or underestimate the amount they have had to drink, leading to dangerous accidents. Checkpoint Strikeforce is a great initiative to keep everyone on Virginia roads safe and informed of the dangers of mixing alcohol and driving.”

Around 98 law enforcement agencies participated in the 2019 Checkpoint Strikeforce initiative, supplying the personnel to provide education and outreach efforts regarding the dangers of impaired driving during stops and events that year. Just as many agencies were anticipated to participate in this year’s initiative, in addition to the help of nationwide traffic safety organizations.

Purpose of the Checkpoint Strikeforce

In Virginia, a person is legally considered to be driving under the influence if their blood alcohol content, or BAC, is higher than 0.08%. Depending on the size of a person, and the number of drinks they consume within a time period, a person could pass this threshold more quickly than they might expect.

The Checkpoint Strikeforce campaign utilizes DUI stops and advertisements on television, radio, and social media platforms to dissuade drivers from getting behind the wheel after having a drink. With the current landscape of COVID-19, the state also modified its campaign to address health and safety concerns of the coronavirus in addition to drunk driving prevention.

The primary message of this year’s initiative communicated that if a person is old enough to drink, they should act accordingly, and not get behind the wheel of a vehicle having consumed alcohol. More than 18,000 people were convicted of driving under the influence last year in Virginia, leaving lawmakers and concerned citizens looking to increase education and enforcement of DUI laws to keep Virginia roads safe during this volatile time.

The best way to prevent driving under the influence is to utilize a designated driver or taxi service to get a person from where they are to where they want to be. However, for some, this may not always be possible.

So, if a person is planning on drinking and may be required to drive later that night, it is important to understand a few things. Firstly, a person shouldn’t try to drink on an empty stomach – this can change how alcohol affects a person, especially if a person understands their drinking abilities and what they are able to handle.

An additional element to consider is pace. Most people are able to drink and metabolize one drink an hour, with slight changes depending on the size of a person. A good rule of thumb is to drink one alcoholic drink per hour, and follow each drink with a full glass of water.

If a person wants to have a drink, and plans on driving later, they will need to give their liver enough time to process the alcohol they consumed. No amount of coffee or water will change the effect of alcohol on a person like time will. So, if a person has had a drink, it is best to wait two or three hours to ensure that it will not impair their driving abilities.

Of course, the best thing a person can do for themselves and others around them is to not drive if they have consumed alcohol. Even if a person has only had one drink, that one drink may be the difference between attentive driving and dangerous driving. While alcohol and soda might mix, alcohol and driving never will. It is important to remain cautious and alert behind the wheel of a vehicle, so be sure to plan and prioritize accordingly.