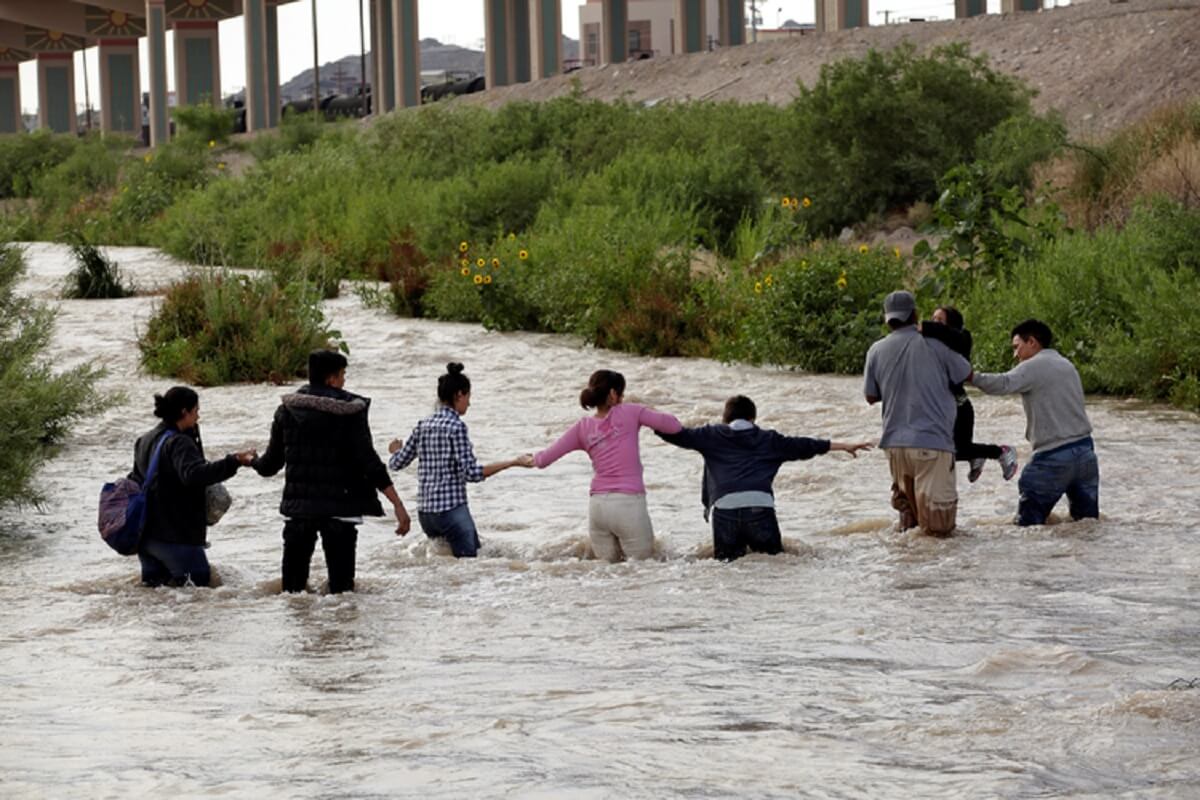 It’s an open secret that the current U.S. government under Donald Trump’s leadership has adopted various measures in place to reduce the influx of undocumented immigrants in the United States. From the data collected by Pew Research Center, there were a total number of 10.5 million illegal immigrants in 2017, and the Trump Administration has made all the possible efforts to dispose of these illegal immigrants. There are several reasons stated by the Hon’ble President not to let immigrants procure any asylum in the U.S. The purposes indicated by the Trump Administration revolve around human trafficking concerns, overflowing country population, degrading job market, etc. But, there is no conclusive proof of these statements. While there is a clear divide between the supporters and opposers of these policies, an impartial analysis of the legality of measures implemented by the government is possible only from an international law’s perspective.

Trump Administration has announced new rules for migrants coming from Central America, stating that starting from July 16, immigrants entering from other nations cannot directly claim asylum in the U.S.

On July 15, the Trump Administration declared the amendments in asylum rules, making it mandatory to make an asylum claim in the previous country while en route to the U.S. before entering to the southern U.S. border.

The suggestion made by the Trump Administration to deal with the issue of immigrants draws its rationale from the “Safe Third Country” policy. This policy states that migrants would need to apply for asylum in Mexico or other countries first, and the migrants have to wait in Mexico while the U.S. handles their applications, a process that can take months or even years. Interestingly, countries in Europe, including the United Kingdom, have been keeping an eye on how measures by the American government will unfold, which will eventually determine if claiming asylum in the UK or any other nation in Europe will undergo the same transition.

Laws and Provisions about Refugees and Asylum Seekers

The structure and procedure evolved, and by 2004, federal handling of refugee affairs was led by the Bureau of Population, Refugees, and Migration (P.R.M.) of the U.S. Department of State. Now, due to a rapid surge in the number of asylum seekers, on April 29, a memo was issued by the U.S. President to homeland security officials to make some changes in the persisting asylum process.

Section 1 of the Presidential Memorandum dated April 29, 2019, stated that “immigration and asylum system is in crisis as a consequence of the mass migration of aliens across our southern border.”

Section 3 of the Presidential Memorandum stated that Secretary of Homeland Security should take all appropriate actions to:

(c) propose regulations under section 208(d)(2) of the I.N.A. (8 U.S.C. 1158(d)(2)) and other applicable statutes to bar aliens who have entered or attempted to enter the United States unlawfully from receiving employment authorization before any applicable application for relief or protection from removal has been granted, and to ensure immediate revocation of employment authorization for aliens who are denied asylum or become subject to a final order of removal.

There are serious and strong pieces of evidence that reflects that the Immigration policy by Trump Administration has observed serious effects in the behavior of individuals both inside and outside the country. The Administration’s position in context with the Immigration has seen a negatively tremendous effect on the tourism of the U.S. It has been seen in the last three quarters of 2017 that international arrivals to the U.S. are dropped by 2.3 million, as compared to the previous year.

As per an article published by The Wall Street Journal, there has been a decline of 40% in the Higher Education Applications in the Universities. The massive decline came from the students of the Middle-East. The new H-1B applications have been declined by a higher percentage of 15%. Just 190,000 applications were submitted for the Financial Year 2019.

Furthermore, there’s been a sharp uptick in the number of people who have entered Canada from the U.S. to seek asylum. As per official data from the Canadian government’s website, in June 2018, there has been the apprehension of more than 10,000 asylum seekers on the ports of entry of both the nations. This reflects almost 140% increment of the number of people seeking asylum as compared to 2017.

Experts believe that this provision of the International law has been violated by the Trump Administration. The Administration has made it very clear in the process that there would be a specific fee that must be paid by the person seeking asylum, and if he fails in doing so, he/she will be sent back even though there is a fear of persecution.

Article 9 of the 1951 Convention preserves the right of states to take ‘provisional measures’ on the grounds of national security against a particular person, but only ‘pending a determination by the Contracting State that that person is, in fact, a refugee and that the continuance of such measures is necessary for the interests of national security.’

The most crucial point to be highlighted here is that in the Trump Administration, there are provisions made stating that all the refugees will be staying in Mexico for the initial period, and the U.S. will call each applicant one-by-one. The U.S. has threatened Mexico that if this rule is not complied with, then there would be massive tariff hikes. Now, there are no such provisions mentioned to this regard in the International Refugee Law or The International Human Rights Law. This provision enacted from the side of the U.S. makes this immigration process unhealthy and violative of the International Norms.

Trump administration may have done its research while framing these kinds of policies, but prima facie they do seem to contradict the established norms of Public International law.

The most unfortunate part is the possibility of mirroring these policies by other developed nations like the U.K. and other European countries, especially the U.K. If claiming asylum in the U.K. and other countries in Europe also becomes severe, it will be a massive setback to people in distress. We hope that international law prevails.