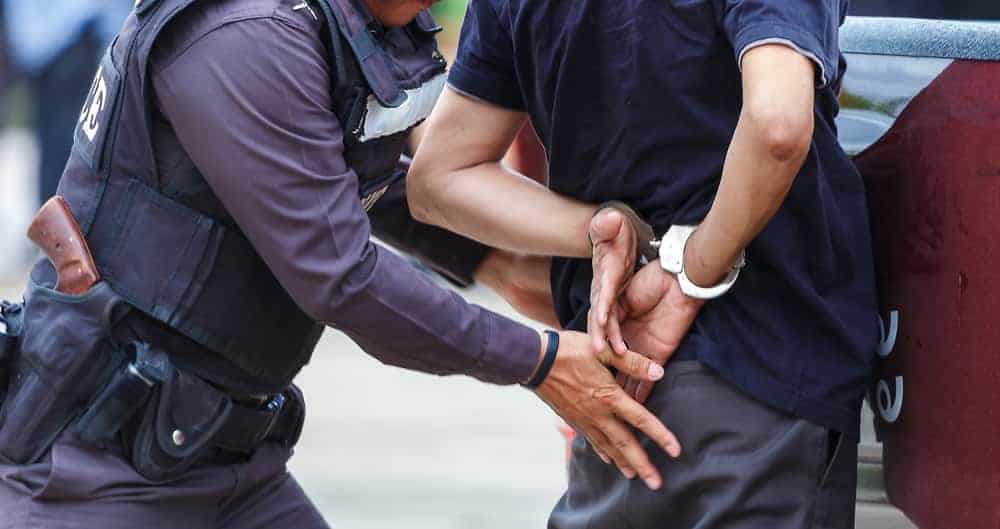 Things Cops Do That Are Illegal: What a Police Officer Can and Can not Do

Between 2005 and 2013, police officers in the United States faced forcible rape charges over 400 times, and forcible fondling charges 636 times, according to CNN. “What cops can and can’t do” researchers at Bowling Green University say that police misconduct is not as rare as the average citizen might think, and that it happens at all stages and ranks of law enforcement careers.

It’s important for citizens and civilians to know there are what cops can and can’t do that are illegal. Keep reading. Informing yourself is protecting yourself. A graduate study by an associate professor of criminology at Bowling Green University found that between 2005 and 2012, there were 8,006 arrest incidents and 13,623 charges against police officers.

What Cops Can and Can’t Do?

The research team concluded that “nearly half” of the charges faced by cops were charges on violent allegations and what cops can’t do to you.

Worse, Mapping.com reports that 852 people were allegedly killed by police in 2018 so far. They also report that in 2017 there were only 14 days when a civilian was not killed by police.

Police misconduct and police brutality are words in every day vernacular today, with good cause what cops can and can’t do that are illegal.

Generic police misconduct can range anywhere from bribes to search and seizure without a warrant.  If you are driving your car, cops can’t even stop your car without probable cause or reasonable suspicion a crime has occurred.

This is because the 4th Amendment treats traffic stops as a “seizure.” If there is no probable cause, any evidence collected for a DUI or crime can be tossed out by the court are what cops can and can’t do are illegal.

Things Cops Do That Are Illegal

Allegations of illegal actions by law enforcement can range from police misconduct to police brutality, to actions such as rape or even murder. These actions, when true, can result in a miscarriage of justice such as obstruction of justice. Discrimination is a factor that is gaining more publicity in recent years.

Even the simple question such as, “Do you know why I pulled you over today” can be viewed as intimidation if the stop goes bad for the driver in question of what cops can’t do to you that are illegal.

In New York City in 2011, 16 officers were charged after facing a grand jury on widespread ticket-fixing. The ticket-fixing investigation began in 2008 and included two alleged false arrests with one related to alleged drug dealing.

The grand jury heard over 80 witnesses testifying over a course of six months. In addition of what cops can and can’t do that are illegal to ticket fixing, charges included grand larceny, tampering with public records, conspiracy, and official police misconduct.

While the definition of police misconduct can sound lenient, it can also find itself in the heat of a grand jury inquiry. In many cases, police misconduct leads to the use of the exclusionary rule by defendants at trial.

What Is the Exclusionary Rule?

It is this rule that generally governs over police misconduct matters in the rule of law with what cops can’t do to you.

Police brutality is a form of police misconduct that occurs when unnecessary and excessive force is used by law enforcement handling citizens. This includes but is not limited to the use of nerve gas, batons, any form of physical abuse, and pepper spray.

Illegal Use of a Firearm is also Considered Police Brutality.

Law enforcement is permitted to apply force when necessary to make arrests, and we want them to be able to do so in order to keep us safe. They are also permitted to use their firearms for self-defense of what cops can and can’t do.

The issue of proportionality comes into play when it comes to the use of deadly force. Cops are always required to use the least amount of force in any situation. Whether the use of force was proportional to the problem at hand will be the question when determining whether or not misconduct or brutality came into play, if a cop is questioned on his or her use of a firearm.

For example, a police officer making an arrest that is being resisted, and has a knife pulled on him, can use deadly force if necessary of what cops can’t do to you that are illegal. It would be misconduct if the knife was not pulled on him.

The New Orleans Police Department serves as an example of police misconduct that involved unlawful use of firearms leading to death. Police corruption was also a problem after Hurricane Katrina. Five police officers were convicted by a federal jury six years after the hurricane.

The officers were convicted in relation to the infamous Danziger Bridge shootings about what cops can’t do to you.

Those were police shootings that resulted in four injuries and two fatalities in the aftermath of Hurricane Katrina. There were four convictions of unlawful shootings, and those four officers were also convicted of cover-ups.

One of The Officers Convicted:

Arthur Kaufman, who was investigating the police shootings. He was found guilty of a cover-up, as well as a number of other charges related to the shootings.

He was accused, and found guilty of, planting a firearm at the scene of the crime to make it appear as if the victims were armed at the time of the shooting. He also lied to federal agents.

Cases such as this make citizens facing a false arrest or illegal search more convinced of the existence of the “blue code of silence.” The blue code of silence is the notion that there is a brotherhood among police officers, and they will protect each other at all costs.

When police officers are covering up for their own in regards to illegal activity, the blue code of silence in itself would be just another thing on the list of what cops can’t do to you.

Is the Blue Code of Silence Real?

Anyone that is facing false arrests or things cops do that are illegal searches, or any of the other things that cops do that could be considered illegal, may tell you that the blue code of silence is real.

A study in the Journal of Policing and Society asked some members of law enforcement to dish the dirt. Survey says the blue code of silence is a thing.

The study was examining police corruption and asked law enforcement what they thought of it. Some officers viewed corruption such as money or drug stealing as worse than police brutality. They also viewed that as worse than bending the rules to protect their fellow officers from criminal prosecution.

The study also found that officers were not so willing to report police misconduct or brutality unless there was something in it for them about what cops can’t do to you.

The study found that the findings from police officers themselves supported the notion of the “blue code of silence.”

What Police Officers Can and Cannot Do

There is a long list of things police officers can and can not do, but many on that list pertain to those moments that happen at a point of contact with law enforcement. Illegal searches or seizures are a hot subject that can easily lead to a situation of police brutality or police misconduct for any action done by a police officer that is illegal, inappropriate, or against police policies.

Things Cops Do That Are Illegal and Police officers Activity:

Your Rights If You Are Arrested

The most frequently violated rights of the accused are sometimes easily ignored by police officers working with an accused individual that is not clear on their rights.

Most criminal defense attorneys would advise you that you exercise both of those rights. Even one-word answers to police can create a snowball of a problem for the accused if the officer in question engaged in police misconduct.

If you are arrested, and you do want to speak to your lawyer (as you should), the police are not allowed to listen in. It is your right to have a private conversation with your counsel.

This is a privileged conversation. If the police listen to the conversation, have your attorney speak directly with them, and not what cops can’t do to you.

The most important constitutional rights are your Fifth and Fourteenth Amendment rights to due process and your rights of the presumption of innocence.

If you’re worried about how to protect your freedom, always consults a lawyer. You can find lawyers that specialize in police brutality with services like USAttorneys.

It Could Happen to You

There is no one size fits all formula that will determine whether or not a cop stop will result in your false arrest or any form of police misconduct or brutality. It doesn’t depend on your race, age, or sex.

Dealing with law enforcement can be frightening especially when there are things cops do that are illegal. It’s always good to know your rights. To learn more about any legal issue or to find the right legal advice for any situation check out our Laws blog today.