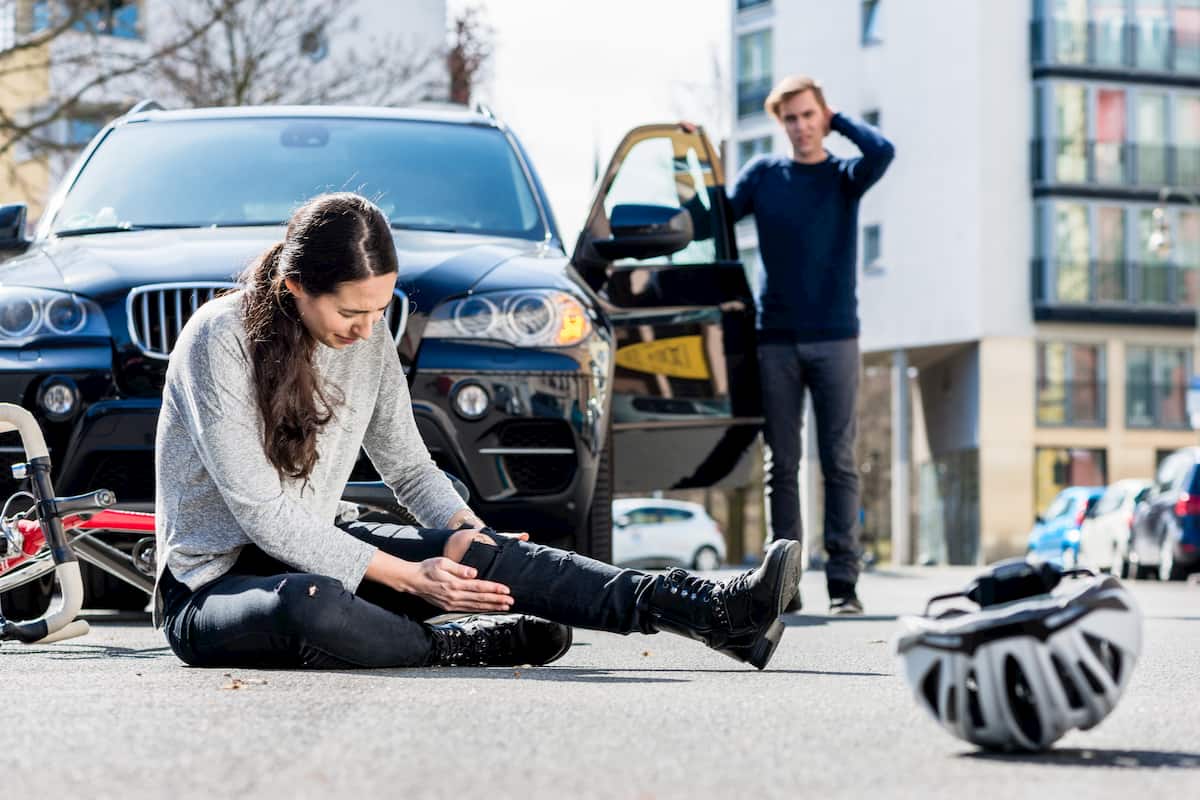 The Most Common Accidents and Injuries in Miami, FL

Car accidents can inflict serious injuries depending on the severity of impact. According to the Centers for Disease Control and Prevention (CDC), car accidents contribute to the most significant fraction of accidental deaths in the US every year. While Miami is comparatively safer than the rest of Florida, its roads pose a serious hazard when it comes to the frequency of car accidents. In 2016 and 2017, Florida was listed as the most dangerous state to drive in. In recent years, Florida no longer has the worst drivers in the nation, but Miami’s reputation for putting bicyclists and pedestrians in harm’s way hasn’t faded. Particularly Miami’s 1-95 is considered among the nation’s deadliest patches of road.

On average, an American undergoes three to four-car accident experiences in his lifetime. Most of these incidents don’t translate into serious harm. However, The Center for Disease Control and Prevention (CDC) reports that car crashes remain the leading reason behind car fatalities and injuries. Annually, 2.4 million injuries and 30,000 deaths are recorded as a direct consequence of car accidents.

Although car accidents are common in Florida, not every accident is the same. From T-bone, accidents to hit and runs, the range of collision resulting injuries have different wavelengths and circumstances. Plus, the victims involved undergo different strains of emotional and physical pain, which is why getting a Miami Personal Injury Attorney is recommended to streamline the legal process.

Reckless driving is a leading reason for car accidents in Miami. However, hit and runs aren’t just a result of reckless driving — they’re also a disappointing display of cowardice and indecency. Driven by selfishness, hit-and-run perpetrators first cause a crash, and then immediately make a run for it, leaving their victim stranded and unattended right in the middle of the collision site.

No matter the intensity of the incident, Florida law makes it illegal to leave a car crash scene before the arrival of law enforcement. In the last decade, hit and run cases have been steadily growing in Miami. Since 2011, the county’s hit and run accidents have climbed at an average of 6.8%, out of these, 22,204 hit-and-run accidents were recorded in 2018, alone.

Back injuries are commonly associated with hit and runs. They mostly damage the region surrounding the spinal cord. They can cause sprains, strains, and in severe cases, upset the stability of discs supporting the spine’s structure.

A disc is essentially a cushioned space between vertebrae. It is shock-resistive because it contains a gel-like fluid in its interior. When the disc hyperextends, it ruptures, in which case the person in question is administered injections or undergoes extensive surgery.

Realizing the immediate need of decreasing the incidence of hit and run cases in Florida and Miami-Dade County, the Florida Highway Safety and Motor Vehicles (FLHSMV) has published hit and run awareness guidelines. The brainchild of this project is called the stay on scene campaign, which aims to educate drivers on the repercussions and penalties of being on the inflicting end of a hit and run collision. According to the authority, you can have your license revoked for a minimum of three years and spend up to 5 years in prison if your hit and run case involves serious injuries. This awareness may act as a deterrent to hit and run collisions and effect their overall frequency and severity positively.

of another, it forms a T-shape, almost like a sharp end of a knife slicing through a square block of cheese; therefore, it’s referred to as a T-bone accident. The most probable scenario of a T-bone accident is when a motorist does a wrong or improper turn, swopping into the trajectory of onrushing traffic. Another plausible cause is when a driver enters a traffic-heavy intersection, unannounced.

T-bone accidents are mainly responsible for chest and spinal cord injuries. Chest injuries are manageable and only cause contusions and bruises. However, severe injuries and broken ribs aren’t off the table when the accident is a critical disaster. The primary culprit behind these injuries is how a person focus on how they drive.

Spinal cord injuries are among the most dangerous car accident aftermaths. At the very least, they cause bruising, or application of excessive pressure on the spine. In full force, they can damage spinal nerves and cause irrevocable impairment in the form of complete or partial paralysis. Sometimes, spinal injuries also have spillover effects and can cause spinal fluid leaks, pneumonia, blood clots, and infection.

Almost all cases of rear-end crashes are the fault of the impatient or inattentive driver who tailgates the cars beyond him too closely or at dangerous speeds. Especially, when you drive too fast, you often don’t recognize when the vehicle ahead of you has made a stop which sidetracks you into crashing into its rear. Some common causes behind these accidents, which cause a major lapse in concentration are texting, drunk driving, and other forms of distracted driving.

As a result of rear-end accidents, you can experience a Whiplash injury. The effects of Whiplash can range from mild to disastrous. It is primarily a soft tissue injury that twists your neck violently after a sudden impact with another car. If the accident isn’t severe, it doesn’t cause much more than a day of neck stiffness. However, in harsh cases, it can aggravate into traumatic brain injuries, such as concussions. If the neck swivels around its axis unnaturally and violently, serious injuries remain a massive possibility.

Furthermore, the symptoms of this injury are delayed; it shows long after the accident. This is the reason why even if you think the accident isn’t a big deal, you should get medical assistance and have yourself checked.

Though not as common as the rest of the accidents, head-on collisions account for the most significant part of fatalities. These collisions can inflict serious harm on people since their impact is a product of the combined force of two cars. Head-on crashes happen when a driver is exhausted, dizzy, or under the influence of alcohol, and steers away from the driving lane into the sides of the road, or drives in the wrong way on a one-way road.

Often people ask: can car accidents cause depression? The answer to that is yes. Specifically, head-on crashes can lead to long-lasting emotional trauma and mental health complications. Even if a person comes out of an accident untouched, the mere experience can trigger brooding anxiety and panic disorders. These mental health issues can keep a person fearful of crossing the road or driving a car. A severe apprehension may strangle your ability to function at work or engage in a relationship in some cases.

Furthermore, if the accident causes a disability or a permanent disfigurement, the victim can contract a severe case of clinical depression. In some cases, victims are given compensation if an emotional injury hampers their day to day activities.

Utility vehicles are infamous for being involved in rollover collisions. Specifically, SUVs are unstable because of their heavy front tops, which increases their chances of tipping over and rolling down a stretch of road. However, any vehicle that doesn’t obey the speed limit is at serious risk of facing the same fate.

Rollover collisions can result in serious injuries, and sometimes even death. The driver and passenger also need to be immediately taken out of the vehicle to save them from violent fires and explosions. Sometimes, the victims are hurled from their seats from a rolling car onto the hard and abrasive surface of the road, which incurs catastrophic injuries.

Brain and head injuries are a common element in car accidents involving rollover collisions. They mainly occur when the driver’s head crashes against the steering wheel or side window as the car tosses and turns after impact. Therefore, it’s essential to always practice road safety.

There is also a specific type of brain injury called traumatic brain injury (TBI), which occurs when brain function is inhibited due to the lingering aftereffects of a catastrophic crash. Its symptoms vary from mild to severe. A Mild TBI isn’t that serious and doesn’t cause more than a concussion which recovers on its own after a couple of weeks. A severe TBI, on the other hand, can lead to permanent cognitive impairment.

There are also other types of brain and head injuries that these types of car accidents are responsible for, such as facial lacerations and bruises, skull fractures, and bruises. They also have the potential to inflict permanent damage.

Many different types of accidents can inflict varying degrees of harm on you and your vehicle. From head-on collisions to rollover collisions, every kind of car crash exposes you to different financial and medical liabilities. Whatever situation you’re confronted with, it’s important to call law enforcement on the scene and have yourself medically evaluated to prevent the possibility of serious injuries. Sometimes your body doesn’t show obvious signs of being hurt, especially when you’ve registered a concussion or internal bleeding. Therefore, you need to make sure you don’t take things lightly and proceed with the utmost caution.