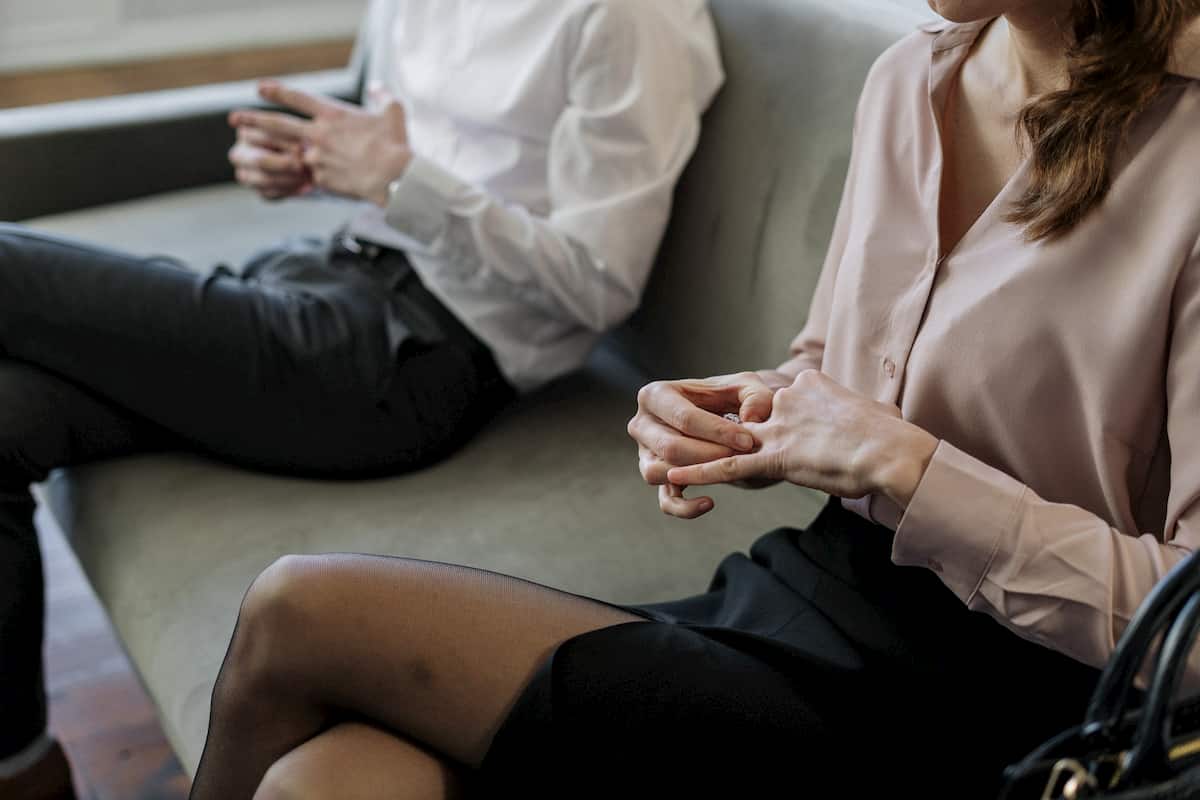 Statistics on American Divorce May Surprise You

When it comes to the topic of divorce, many people tend to conjure up false assumptions regarding statistics. Especially in the uncertain times of the coronavirus pandemic, many are hearing about skyrocketing divorce rates due to quarantine, or how the divorce rate is at an all-time high because couples are having to experience their spouse in full force due to the lifestyle shifts caused by COVID-19.

In reality, the common perceptions of divorce – like the divorce rate being 50% or higher – are not accurate. The facts regarding divorce are often misconceived in the U.S., from what age group gets divorced the most to what the true divorce rate is today.

Whether a person is curious about the process of divorce, or if they are going through the process themselves, there can be misinformation about who gets divorced in America and how they go about doing so. Below are five of the most common misconceptions about divorces, separations, or annulments that may be surprising to you.

How Many Divorces Happen a Year?

In 2018, there were more than 2 million recorded marriages in the U.S. The same year saw more than 782,000 recorded divorces and annulments. In fact, this number may be even higher, as the data did not include separations, which are sometimes used in lieu of divorce due to family, financial duties, or preference. While this number may sound pretty high, it’s not any higher than the number of divorces and annulments from previous years.

Is the Rate of Divorce Increasing?

Are Americans divorcing more now than in previous decades? While there have been myths stating that the divorce rate has increased past 50%, some may be surprised to know that the general divorce rate is actually on the decline.

In the 1980’s, the divorce rate in the U.S. sat at around 50% but has since decreased to around 39% according to experts. In analyzing the marriage and divorce rates within the U.S., experts saw the largest increase in divorces was between the 1960’s and the 1970’s, but this rate has since been on a continuous decline. In fact, researchers who study the rate of divorce have found that a couple’s lifetime risk of divorce within America sits around 42-45%, still lower than in previous decades.

“The rate of divorce is influenced by many factors, like societal views, expectations out of marriage, and ease of divorce,” said attorney Galit Moskowitz from Moskowitz Law Group, LLC. “Divorce has become more acceptable within the 21st century, with many individuals able to reach levels of success and stability that were once reserved for married couples.”

However, regardless of reason for and stigma around of divorce, the fact still stands – the number of divorces has been on the decline for decades, and has not been in the 50% area since the 1980’s.

What is the Average Age for Divorce?

While the divorce rate may be decreasing with married couples as a whole, there are generational changes in the rate in which couples get divorced. Data shows that the rate of divorce for couples aged 50 and older has actually doubled since the 1990’s. However, the group with the highest rate of divorce is actually those between 25-39, followed by 40-49, and lastly 50 and older.

Having reviewed these statistics, one can infer that the average age for divorce is around 30. Around 60% of divorces in the U.S. involve spouses who are between the ages of 25 and 39. Additionally, there exists a positive correlation between higher divorce rates and states in which individuals are able to be married at a younger age. So, while the average age of divorce is 30, there is still risk of divorce for older couples, and younger couples as well.

Is There a Divorce Season?

Some say that there is a season for divorce, and they may be right. According to experts, the most common times of year for a person to file a divorce in America falls in August or March and other warmer months. On the other hand, it appears that divorce filings are extremely uncommon in winter months like November and December because many see these months as a time for families to come together for holiday celebrations – something that may be dampened by divorce filings.

Do People Divorce Instead of Repairing Their Marriages?

There is one thing for certain: couples who decide to marry ought to acknowledge that with marriage comes the potential for multiple discrepancies. However, whether or not a spouse puts the top on their toothpaste may not be as serious of a problem as other lifestyle or financial decisions that may end in divorce.

Divorce, like marriage, is a complicated decision that requires a person’s unique perspective. For some, divorce is the only way to solve the issues within a partnership. For others, filing an annulment or separation agreement may suit their needs. Each person has to weigh the costs and benefits for their personal situation.

So, while the widespread discussion of divorce may make some believe that more people are pushing for divorce rather than work through repairing their marriage, it may be that society is more open with discussing this type of issue. People divorce for various reasons, so the assumption that most people immediately turn to divorce rather than making an effort to resolve trivial marital discrepancies is unproductive. As such, the false narratives and stereotypes surrounding divorce ought to be remedied by shedding light on the realities of divorce through accurate statistical information.

Divorces will continue to happen for a variety of reasons in the U.S. — that much is certain. While there is much about the process that many may not be aware of, there are many professionals well versed in the art of divorce that could be by your side through it. Legal counsel, can be key for those pursuing their own divorce. The laws for divorce, separation, or annulment change drastically from state to state, so the assistance of a local attorney could be the difference between a favorable outcome or a negative experience.

Whether you are conducting research for your own divorce process, or are just curious to learn more about divorce as a whole, it is worthy to note the American divorce narrative is flawed. It is important to make divorce a more approachable topic of conversation by highlighting statistical truth, debunking myths, and being respectful of couples who have made the variable decision to part ways.