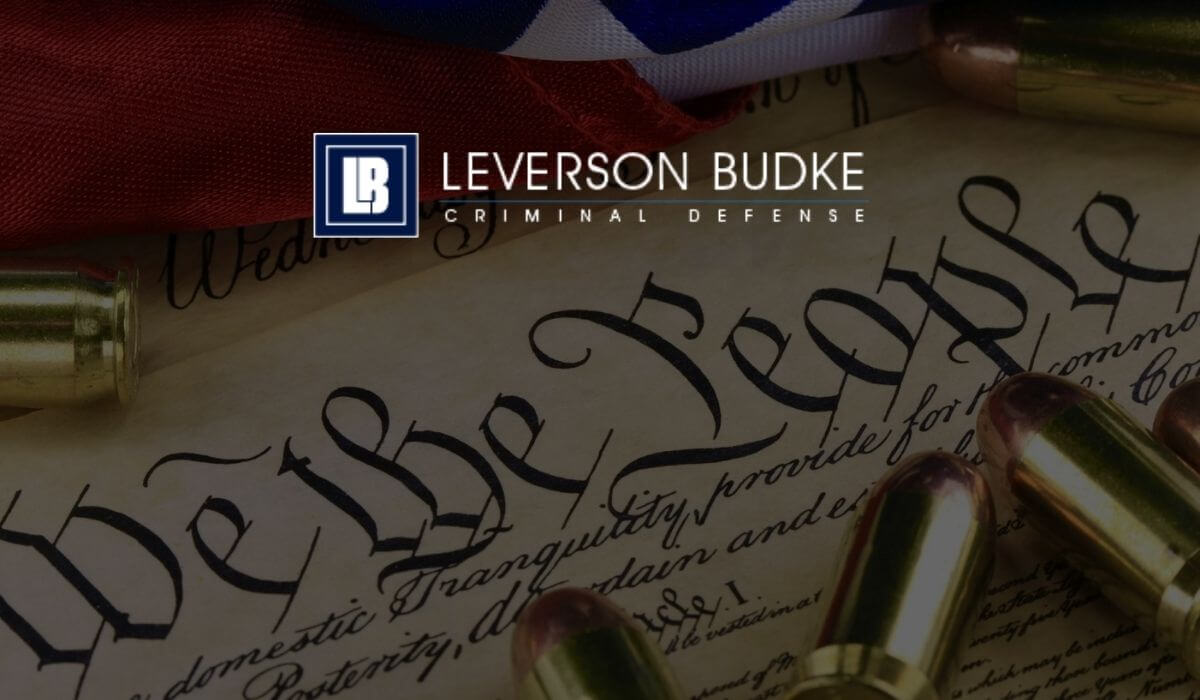 When pursuing a gun rights case in the state of Minnesota, the process is fairly straightforward. Individuals start their case at the state level in a trial court where a decision is made. However, if the party is not satisfied with the trial court’s decision, they can take matters up to the court of appeals by appealing the decision. In this particular case, Leverson Budke criminal defense was representing Benjamin Tapia, and their 2nd amendment win by Writ of Mandamus was such a case that has was first denied in the trial court and the Minnesota Court of Appeals then on the Minnesota Supreme Court. 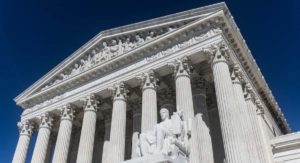 At this point, the party is required to present their case and their arguments in front of a three-judge bench. The court of appeals is considered to be among the most powerful and influential courts in the United States as they are able to set legal precedent in their respective regions. The court of appeal has a strong influence on the United States law and therefore is the final arbiter in many cases. However, if the decision still doesn’t come out in the favor of the party, they have every right to challenge the adverse decision and take it to the Supreme Court.

It is to be noted that not all cases reach the supreme court for a hearing. In fact, out of 7000 to 8000 cases received annually by the supreme court, only 1 to 2% of them get the chance to be heard at the apex court. The party that wishes to challenge the court of appeals decision needs to have a strong argument that justifies the case going up to the top court. Having a single judge in favor of your arguments from the three-judge bench at the court of appeals could be your ticket to battling it out at the Supreme Court.

There have been some very famous instances where cases go up to the Supreme Court and an opposite decision to the decision made by the court of appeals is made there and the 2nd amendment win by Writ of Mandamus is one of them.

Take for example the 2010 case of McDonald v. City of Chicago. McDonald. A 76-year-old retiree joined forces with the other residents to go against the City of Chicago and its handgun ban when he was refused the sale of a handgun to protect himself from robbers.

The verdict was given in favor of the city of Chicago at the court of appeals, however, the determined retiree and his attorney Alan Gura challenged the decision and took the matters up to the Supreme Court. The case led to changes in the US Law, stating that the second amendment was fully incorporated under the fourteenth amendment thus protecting those rights from infringement by state and local governments. A verdict of 5-4 ruled in favor of McDonald’s set precedent across the United States.

McDonald V City of Chicago is one example of many that changed the legal precedent in the country. But we’re not here to discuss any case other than the second amendment gun rights restoration case fought by Leverson Budke purely because the case was won in an innovative and very unconventional way. 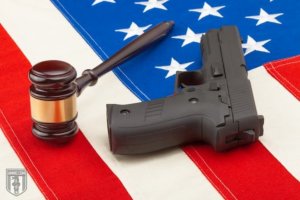 Read on to find out how Leverson Budke challenged the court of appeals and took the case straight to the apex court of Minnesota.

Leverson Budke, a criminal defense law firm in St Paul’s Minnesota made a name for itself when they got the 2nd amendment win by Writ of Mandamus, the right to keep and bear arms.

So, what is the second amendment?

“A well regulated Militia, being necessary to the security of a free State, the right of the people to keep and bear Arms, shall not be infringed.”

This amendment might seem very brief but it has led to thousands of interpretations over time with the majority of the second amendment cases making it to the Supreme Court. Going over the nuances of this as every single case or its interpretations would require additional written texts added to the already long list of second amendment literature and therefore won’t be discussed here.

So, what was the case that Leverson Budke took for the 2nd amendment win by Writ of Mandamusand, and who did they represent?

Benjamin Tapia applied for a gun permit in 2017 which was approved by the county sheriff. Upon receiving juvenile records in 2018 and realizing that Tapia was convicted in 1988, the sheriff sent a letter to Tapia and canceled his gun permit.

Tapia petitioned for the writ of mandamus and directed the sheriff to provide him the permit but was refused. Tapia went to the district court who denied the petition taking the case to the court of appeals where the majority of the judge’s bench gave a verdict against Tapia. The case was taken up to the apex court, the Minnesota Supreme Court where the court of appeals decision was reversed, and later he got the 2nd amendment to win by Writ of Mandamus.

What’s shocking about this case is the legal arguments that led the case from one court to the other. Against all odds, the Tapia case made it to the Supreme Court where Leverson Budke was granted a 2nd amendment win by Writ of Mandamus in the state’s highest court.

Background of the Benjamin Tapia Case

Benjamin Tapia was found guilty in 1988 for the felony of theft of a motor vehicle. Although it was not the case of carjacking which would involve violence, the court and Minnesota law stated that anyone convicted of a “crime of violence” would be prohibited from owning a firearm for ten years. In 1988, car theft was labeled as a crime of violence ensuring that Tapia could not possess any firearms until 1998.

According to the second amendment, if the crime was truly a non-violent one, this decision of prohibiting the possession of firearms for 10 years could possibly “infringe” on the “right to keep and bear arms”. However, matters quickly turned sour when in 2003 the Minnesota legislature amended the statute by completely banning firearms to anyone convicted of a violent crime. What made matters worse was that the ban was applicable to all backdated cases.

Since Benjamin Tapia was found guilty in 1988, the lifetime ban was applicable to Tapia. Later on, in 2014, another legislature amended the statute by removing motor vehicle theft from the list of “crimes of violence”. This meant that now Tapia could own firearms as his act was not considered a crime of violence, however, the amendment only applied to crimes committed after the date of the amendment which was 1st August 2014.

Leverson Budke realized that an inconsistency in the law was infringing upon Mr. Tapia’s gun rights and therefore chose to represent Benjamin Tapia. They understood that the law was inconsistent because if Tapia had committed theft on the 2nd of August 2014, he would not have been banned from purchasing a gun however since the theft was committed in 1988 Tapia was prohibited from owning a firearm for life. This realization led the case to the Minnesota Supreme court and eventually got the 2nd amendment win by Writ of Mandamus.

Benjamin Tapia: The Court of Appeals

This is where things became a bit tricky. A Minnesota statute allows a sheriff to provide or deny a permit application for carrying a handgun if the following requirements are met:

Benjamin Tapia clearly met the requirements besides the one stated in number 4. In short, Leverson Budke argued that the case of State V Schulter, a case about possession of LSD being referred to as a crime of violence, supported Tapia’s case as well. However, the majority of the judge’s bench did not agree.

One judge did support Tapia’s case paving the way for the case to enter the Supreme Court. Judge Smith argued in support of Tapia stating that the 2014 amendment statute was ambiguous since there were two different interpretations of the statute thus allowing Tapia to be eligible for possessing a firearm. This warranted Leverson Budke to take the case to the Minnesota Supreme Court and later they got the 2nd amendment win by Writ of Mandamus.

Leverson Budke went on to present Benjamin Tapia in the Minnesota Supreme Court with the strong argument that Tapia did not commit a crime of violence. Furthermore, they took Judge Smith’s argument of the statute as ambiguous since it was open to multiple interpretations.

Since the law had many inconsistencies, a simple petition to the Dakota County Sheriff could have restored Tapia’s right to own firearms. However, the petition could still be lawfully rejected which was when Tapia went to the county sheriff with an application to apply for a permit. This gave Leverson Budke no other option than considering a “Writ of Mandamus” and later they got the 2nd amendment to win by Writ of Mandamus.

Understanding the Writ of Mandamus

A writ of mandamus is a court order that forces someone to execute a duty they are legally bound to complete. A writ is also used to order a lower court or any government agency to uphold the law or correct an abuse of discretion. Writs are considered to be unique as they override the entire judicial process and can be made before a case is concluded.

What makes the writ of mandamus so unique is that it is very difficult to prove that there is no other remedy to the situation. Therefore it is used rarely in courts. Since writs cause disruption to the legal process, judges prefer not to issue them.

Leverson Budke saw that Tapia’s application for the permit was dismissed unfairly creating grounds for a strong argument in the court. Explaining the ambiguous statute and the unwillingness of the county sheriff to comply with the second amendment, Leverson Budke saw no other remedy to the case other than a writ of mandamus. Their observation proves to be right with the 2nd amendment win by Writ of Mandamus.

The court declared that the 2014 amendment applied to Tapia’s case and that he is entitled to a permit. The court further went on to state that Benjamin Tapia had satisfied all the requirements for a writ of mandamus thus reversing the court of appeals and granting him the 2nd amendment win by Writ of Mandamus.

Leverson Budke and Benjamin Tapia is a case of how inconsistencies in the law can strip a citizen from their rights. However, with determination to seek justice for their client and a persistent attitude, Leverson Budke was able to get the 2nd amendment to win by Writ of Mandamus in the Supreme Court, a feat unachievable by many.