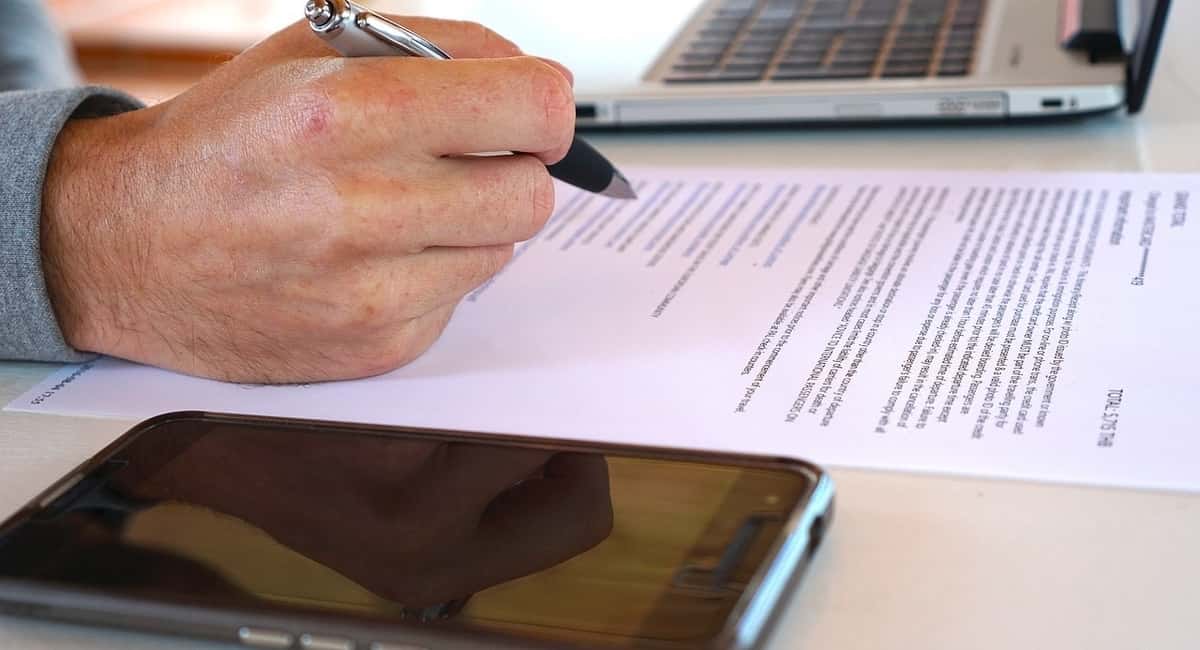 A plaintiff in a recent New York case on appeal to the Second Circuit was found to have presented a triable issue of fact regarding his ADA hostile work environment claim because he asserted that for several months, and within hearing of supervisors, his coworkers mocked him for his Tourette’s and OCD disabilities, and the supervisors failed to intervene.

Christopher Fox worked at Costco for 21 years and has suffered from Tourette’s Syndrome and Obsessive-Compulsive Disorder (“OCD”) since birth.

Fox brought claims against Costco under the ADA and state law, alleging hostile work environment, disparate treatment, failure to accommodate, and retaliation. The district court determined that a rational fact-finder could not find evidence in the record to support sufficiently any of Fox’s theories of recovery. The Second Circuit affirmed the district court’s judgment as to Fox’s disparate treatment, failure to accommodate, and retaliation claims. But as to Fox’s hostile work environment claim, it reached a contradictory conclusion.

Fox started working for Costco’s Holbrook, New York warehouse in 1996. In 2013, the Costco got a new General Manager, Larry Resnikoff. Assistant Manager Glenn Johnson reported to Resnikoff. Fox’s employment discrimination claims stem from the stress he suffered at Costco after this change in management.

While working as a greeter under the new management, Fox was reprimanded twice by a manager who wasn’t his supervisor. This manager, however, took no formal disciplinary action against Fox.

Costco also received two customer complaints about Fox’s behavior. In 2013, a Costco customer said that Fox’s comment that she looked beautiful with her pocketbook was inappropriate and called management to report the incident. When Resnikoff addressed the incident with him, Fox admitted to speaking to the customer but claimed that he didn’t mean to offend her. Resnikoff told Fox he’d be terminated if another similar complaint were received. After the second incident a year later,  Resnikoff suspended Fox for three days without pay and transferred him to another position where he’d have less direct contact with members. Neither Fox’s pay nor his benefits were reduced as a result. Fox understood that the change in his position was in lieu of termination.

As part of Fox’s neurological condition, he would often touch the floor before moving and would cough when he would feel a verbal tic come on in order to prevent others from hearing him swear. Fox testified that once he began his position as an assistant cashier, other employees mocked him for his Tourette’s and OCD. In his deposition, Fox described how certain employees would make “hut-hut-hike” remarks to mimic Fox’s verbal and physical tics. Fox also testified that these comments “were audible to the managers of the Holbrook warehouse from their position on the warehouse’s podium,” and “happened in plain view of the Supervisors and the Front End Managers and nothing was ever said.” Fox testified further that these types of comments happened for “months and months” and “whenever” he would experience tics. However, Assistant Manager Johnson testified that he was unaware of anyone saying “hut-hut-hike.”

In March 2014, Fox asked his supervisor for a break to go home and take his medication. According to Fox, the supervisor didn’t find him a replacement, and he had to ask again. It took several hours from his initial request until he was allowed to go home. Also during March, Fox asked his supervisor for permission to take his break so he could go to the pharmacy and have a prescription re-filled; she told him he couldn’t because he’d used all his breaks for the day. Fox claims he never received his last break that day.

Fox decided to e-mail Costco’s CEO to explain his conditions, his long-time employment with Costco, the change he’d observed in the Holbrook Costco management style, and the fact that the change in atmosphere at Costco caused him “stress,” which “aggravate[ed] [his] tourettes,” requiring him to take a month of medical leave. Fox also wrote the CEO about the two incidents when he was denied his break. Fox didn’t mention the “hut-hut-hike” comments.

Although this wasn’t the formal Costco complaint procedure provided in the employee handbook, the CEO, nonetheless, started an investigation into Fox’s complaints. Pursuant to his investigation, Resnikoff met with Fox and the other employees involved in the break incidents. After the investigation, Fox’s direct supervisor was transferred to another position. It is unclear if any other supervisor received any sanctions. Fox didn’t dispute that his “concerns were put at ease” by this investigation.

Nevertheless, he claimed that after he sent the e-mail to the CEO and that investigation took place, Costco employees continued to treat him poorly because of his disability. In November 2014, Fox had a panic attack while on the job and then went on indefinite medical leave. He did not return to work.

Judge Hall opined that the Court was persuaded by its sister Circuits, which have reasoned that claims for hostile work environment are actionable under the ADA. Under the ADA, a covered employer “shall [not] discriminate against a qualified individual on the basis of disability in regard to . . . terms, conditions, and privileges of employment.” 42 U.S.C. § 12112(a) (emphasis added by the court). Citing a 2004 Tenth Circuit case and quoting 42 U.S.C. § 2000e-2(a)(1), Judge Hall noted that “Congress borrowed this language from Title VII, which similarly provides that it ‘shall be an unlawful employment practice for an employer to fail or refuse to hire or to discharge any individual, or otherwise to discriminate against any individual with respect to his compensation, terms, conditions, or privileges of employment.” (emphasis in original decision).

“Thus, when Congress included the phrase ‘terms, conditions, and privileges of employment’ in the ADA, it was using a legal term of art that prohibited a broad range of employment practices, including workplace harassment,” Judge Hall’s opinion went on, quoting the Eighth Circuit Court of Appeals from 2003.

When the ADA was enacted, Justice Hall explained, the Supreme Court had twice concluded that Title VII provided for hostile work environment claims. “By borrowing Title VII’s language, Congress suggested that it intended for the ADA to be coextensive, at least in this respect, with Title VII. This view is bolstered by the shared purpose of Title VII and the ADA to prevent discrimination against a defined class of people.”

The Second Circuit recognized that because the ADA echoes and expressly refers to Title VII, and because the two statutes have the same purpose—the prohibition of illegal discrimination in employment—”it follows that disabled Americans should be able to assert hostile work environment claims under the ADA, as can those protected by Title VII under that statute,” quoting a 2001 Fourth Circuit case.

To prevail on a hostile work environment claim, Fox must show (1) that the harassment was ‘sufficiently severe or pervasive to alter the conditions of his employment and create an abusive working environment, and (2) that a specific basis exists for imputing the objectionable conduct to the employer. Although the victim must subjectively perceive the conduct as abusive, the misconduct shown also must be “severe or pervasive enough to create an objectively hostile or abusive work environment,” Judge Hall explained, quoting the U.S. Supreme Court. Even an isolated act may be so serious that it requires the conclusion that the terms and conditions of employment were altered, he said. As the Supreme Court held, a plaintiff alleging a hostile work environment claim under the ADA, therefore, “must demonstrate either that a single incident was extraordinarily severe, or that a series of incidents were sufficiently continuous and concerted to have altered the conditions of her working environment.”

Courts look to the totality of the circumstances to determine whether a plaintiff has met this burden, including proof of “the frequency of the discriminatory conduct; its severity; whether it [was] physically threatening or humiliating, or a mere offensive utterance; and whether it unreasonably interfere[d] with [the plaintiff’s] work performance.”

The Court explained that legitimate reprimands by an employer are not abuse. Nor are the disciplinary actions taken against Fox in response to complaints of Costco members evidence supporting this claim. Resnikoff conducted his investigation in accordance with Costco’s company policies, and he concluded based on his interview with Fox that both customer complaints constituted “major” violations.

Fox also testified that the “hut-hut-hike” comments “were audible to the managers of the Holbrook warehouse from their position on the warehouse’s podium,” and “happened in plain view of the Supervisors and the Front End Managers and nothing was ever said.”

The district court, however, held that to avoid summary judgment, Fox needed to introduce “evidence regarding the number of times the comments were made per shift, week and/or month” to show that the “hut-hut-hike” comments pervaded Fox’s working environment.

Judge Hall said that the district court “demanded too much” of Fox. Fox wasn’t required to “list the shift, week, or month to be able to present this issue to a jury.” Because he identified specific comments—his co-workers mocking his Tourette’s by repeating “hut-hut-hike,” presumably while touching the floor—and because he testified that “whenever I said [the F word], they said ‘hut-hut-hike'” for “months and months,” he provided evidence sufficient to meet his burden to demonstrate pervasiveness.

In addition, and crucial to its analysis, Judge Hall noted that Fox introduced evidence that his supervisors witnessed this conduct for “months and months” and did nothing, demonstrating a specific basis for imputing the objectionable conduct to Costco. Thus, Fox satisfied his burden to defeat Costco’s motion for summary judgment on his hostile work environment claim, the Second Circuit held. In closing its analysis, the Court noted:

[T]easing in the workplace is not uncommon, and in most instances probably not actionable. Stuttering is mimicked; the overweight are called names; acne, baldness, and height are mentioned for a laugh. All of this can be hurtful. But mockery of overt features does not necessarily support damages, and the fact that Fox was mocked for the manifestations of his disability rather than other overt features does not bear on whether the workplace environment was objectively abusive.

However, viewing the evidence in the light most favorable to the plaintiff, Judge Hall and the Second Circuit panel held that Fox raised an issue of fact as to whether the frequency and severity of the mockery rise to the level of an objectively hostile work environment. As such, the judgment of the district court was affirmed in part, vacated in part, and remanded.

Jonathan Tand of the Manhattan law firm, Raiser & Kenniff, represented Fox on appeal. Tand commented that he and his client were pleased with the outcome.

“My client is relieved that he will get his day in court as this has been a long and difficult journey for him,” Tand said in a statement.

Kurt R. Mattson is the President of Union Legal Research. He is the former Director of Library Services and Continuing Education at Lionel Sawyer & Collins in Las Vegas. Prior to this, he worked at BNA and other legal publishers, spending a substantial portion of his career working for Thomson Reuters. He serves as a consultant for several businesses, law firms, and marketing companies.