Prenup Agreements: Everything You Need To Know

When you are in a romantic relationship and looking to get married, the last thing you want to talk about is a prenup. Perhaps this is because talking about prenup agreements feels like planning to fail in marriage. With American divorce rates reaching a peak of 40 to 50 percent, prenups are becoming more popular than ever among couples.

What Are Prenup Agreements? 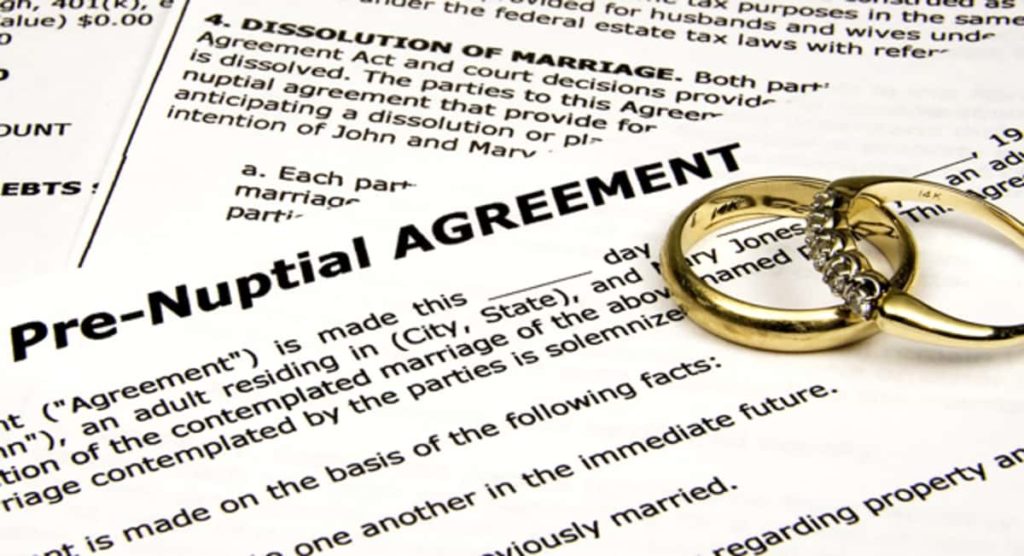 A prenup or prenuptial contract is a legally binding agreement created by two individuals that intend to get married. A prenup indicates each party’s properties, including debts incurred before marriage and what happens if their marriage ends in divorce or even death.

However, all prenuptial agreements must comply with the Premarital Agreement Act (PAA). According to family lawyer Cynthia Coulter George, “Under the PAA, all premarital contracts signed after October 1, 1995, must be signed voluntarily, meet a standard of fairness, include full disclosure, and both signing parties must have an opportunity for legal advice in order to be enforceable”.

Who Needs a Prenup? There is a common misconception that prenups are for the rich. While they are very effective in protecting the assets of a wealthy partner in a relationship, the number of modest income couples entering prenuptial agreements as a means of protecting their rights and that of their children after a divorce or death is increasing every day.

If you have children from another relationship, a prenup can be a good idea for you. A prenuptial agreement can ensure that your assets remain separate or allow you to create a “living trust” for your kids from previous relationships in the event of death.

Another reason couples may want to have a prenup is if one of the parties has more debt than the other.

After marriage, both parties bear the burden of debts accrued while together. A prenup can help you avoid the consequences of your partner’s spending habits.

If, as a couple, you plan for one of you to be a stay-at-home parent, a prenuptial agreement can help ensure that the stay-at-home partner is treated fairly in the case of a divorce. It is possible to create a prenup on your own using online prenuptial templates, but it is always advisable to hire an attorney. A skilled family lawyer can help you figure out if your prenuptial agreement complies with set standards and may assist you in filling the agreement. However, there would be no harm in creating a draft that would help give the lawyer an overview of what you would like your contract to look like.

It is important to understand that prenups can be costly. If you intend to use a lawyer, you should also expect the fees to be relative to the complexity of the prenup. Attorneys typically charge on an hourly basis. Therefore, the more time spent on the prenup, the higher the cost.