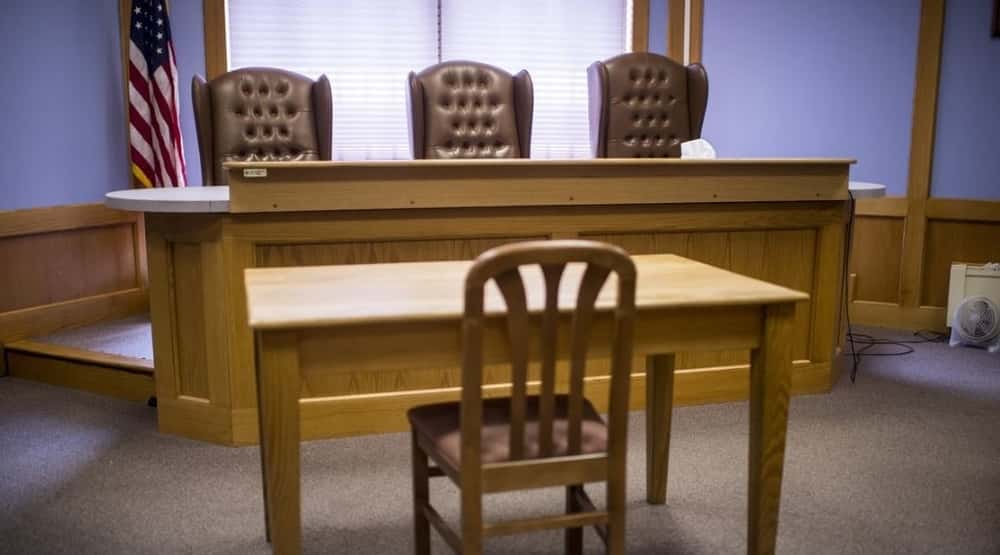 Parole hearing – How it works

The prisoner must have completed the minimum years of confinement as per law before he is eligible for release on parole.

Once the minimum sentence period (ERD) nears, a dossier (parole eligibility report) is prepared. This report includes details of the behavioral changes of an inmate in his prison stay, doctors, psychiatrist’s reports and their other observations on the prisoner.

The parole board is a three-member independent committee under the Ministry Of Justice.

If an inmate is allotted a parole hearing date, the same must be communicated to the victim or his immediate kin via mail or phone. The victim has many ways to voice his/her opinion on his/her tormentor’s parole decision. He / She can submit own opinion on parole prior to the hearing to a designated officer, who summarizes the victim’s verbatim for consideration by the parole board.

At this stage, new facts may emerge which affect the perspective of the parole board. For example, the accused may have been given punishment based on last crime he committed. Other evidence might have been disallowed in this case. However, during the parole hearing, it may become known that the accused had actually been a habitual abuser and not a one-time offender as made out from the last verdict. The attitude of the board is likely to turn negative on this new evidence.

One important aspect is that the parole members pour over many facets of the prisoner, which might not be available or admissible in the court at the verdict time. Close monitoring of the inmate, his behavior for days on end in the prison, his participation in different jail programs, his efforts for freedom in the legal way all come under lenses during the parole board examination.

How can parole be beneficial?

When a person is sent to jail, apart from the victim, innocent members of the accused family also suffer from financial and mental stress. They can be innocent toddlers, children, old-age geriatrics literally left to die after the removal of the person (accused ) from their support system. Without financial, mental support, the children of the accused themselves fall prey to sexual crimes. They may grow up to be criminals themselves. Bringing back the accused member of the family along with work may again tilt the financial and mental support back in the family of accused.

After the jail experience, the value of freedom is magnified to the prisoner. He is much less likely to commit re-crime after this lesson. With gratification for parole, he can even become a contributing member to the society.

At first, the inmate interacts with one board member. The board member tries to prod into the psychology of the prisoner and not get swayed by his charm or his apparent normal happy attitude, fit enough for a release.

During the parole, the victim can attend with one support person, but he is not allowed to participate in the hearing process

Most Important – What is considered during this review

The parole hearing places the utmost stress on one question “Is it safe to release the inmate in the community, keeping in mind the grave crime that the prisoner had committed. Have really things changed for the better?”

The parole board goes over all that is documented in the parole dossier; hear what the accused and victims have to say about the parole, new evidence, past incidents, past history of the prisoner. The board listens and reads about the psychiatrist review of the inmate. Detailed, painstaking deliberation of this data helps to arrive at a decision regarding on whether the release of the inmate will raise the potential danger of society or not.

Another painful fact that is considered for parole is whether,on release, the convict will get adequate support to integrate and live in society. If no adequate plans are found to rehabilitee the inmate after his release, then his frustration may force him to re-commit crimes. In such cases where, where no suitable plan can be formulated for a decent life of prisoner after release, he may be asked to stay in jail till suitable resources can be found.

The parole members are under continuous pressure to ensure that their decision to release does not make people lose faith in the judicial process. But, they have to also consider providing the chance for a human reform which is not possible when being fried in jail.

It’s not that denial of parole once ends this facility for the prisoner. In some states, parole reports are sometimes automatically reviewed after a fixed number of years.

After parole, the inmate will be under surveillance and report to the parole officer. If not reported within 24 hours of his release from correction home, he will be termed as an absconder.

There are various levels of supervision in parole for various types of crimes committed. For sex offenders, the maximum level of surveillance is maintained.

Parole, in reality,is the second judgment and the process is complex. It does not have a very rigid set of rules like the law court has, and rely much more on the personal perception of the parole board members. With a heavy heart, they have to sometimes deny this truncated right when they are not too sure about the future of the inmate after parole. Being ignorant about the laws can also lead to rejection even when the board member knows that the person in question deserves that chance. So, it’s a non-thankful heavy-hearted decision, which weighs heavily on the board members conscience and can swing anyway after release. However, experienced parole members can sniff out discrepancies in what the prisoner is trying to portray for his release and what he actually thinks in his depths of his criminal mind.