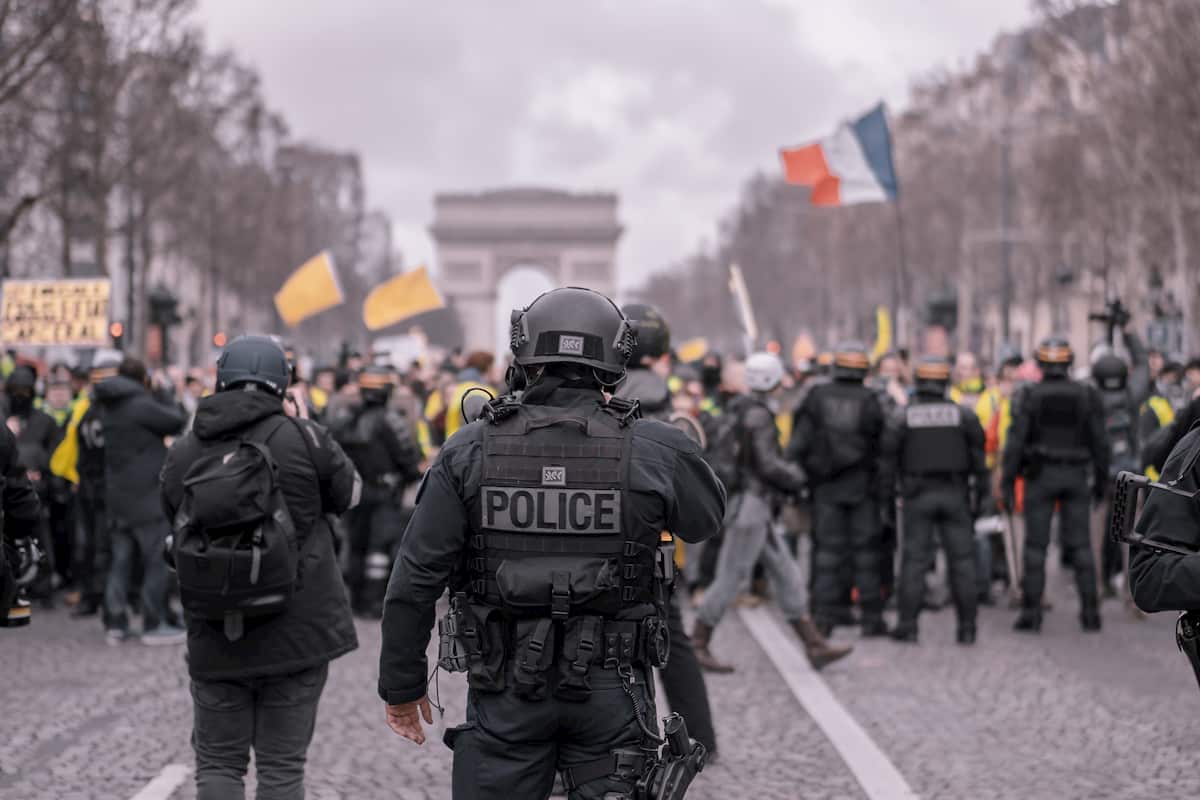 New Police Accountability Laws are Now in Effect in CT

While many may first associate 2020 with the widespread coronavirus pandemic that has dominated the headlines, others may think of different defining elements, such as the thousands of protests about police brutality and social justice movements across the country. Some states may not have taken direct action to curb what some call an extreme increase in police brutality, but other states, like Connecticut, have passed more specific legislation about this issue.

Over the Summer of 2020, law makers in Connecticut pursued provisions within a police accountability bill to address concerns raised amid racial justice protests following the death of George Floyd in Minneapolis, Minnesota. House Bill 6004 started to roll out on October 1st with increased restrictions on what police officers can do, such as types of searches, how body cameras should be used, and the creation of a new independent office to investigate instances of deadly force used by police.

Some of the more controversial parts of this legislation, like the changes to immunity that would ordinarily protect an officer from lawsuits related to their conduct and what circumstances would warrant deadly force, will not take effect until 2021.

Connecticut legislators were able to pass a few key elements of legislation in House Bill 6004 in response to the many nationwide protests that occurred during 2020.

One of the elements passed will change how police searches can occur – stating that police cannot ask drivers to search their car if they are stopped solely for a motor vehicle violation. Additional stipulations say the search can only occur if there is probable cause or if police receive unsolicited consent. Drivers who are pulled over by police for a vehicle violation are only required to produce a driver’s license, registration, and insurance – a change from previous protocol.

Additionally, police will now be required to step in if another officer uses unreasonable or excessive force, a piece of legislation that not only applies to law enforcement officers but correction officers in state prisons as well. The law says any officer who witnesses excessive or illegal force and does not intervene may be charged with the same crime as the assaulting officer.

Another bill directly addresses false report incidents based on race, stating that any person charged with reporting a crime or misusing 911 will face legal penalties if it is found to be a racially motivated claim. The house bill also includes stipulations that prevent former police officers from becoming security guards, rules that ban use of military weapons, a new mandate on the use of police body cameras, and the announcement of a new inspector general office to investigate any cases of deadly force used by police.

How this Could Change Police Proceedings

“Much of this new legislation is in response to some of the tragic events that occurred this year involving police,” said Mark Sherman from The Law Offices of Mark Sherman, LLC. “These laws will hopefully keep people safe, regardless of their race, gender, or other characteristics.”

Ultimately, the policies signed into law in Connecticut will bring reform that many argue is necessary to combat systemic issues of discrimination prevalent across the country. Connecticut Governor Ned Lamont signed the laws into practice to not only increase accountability for law enforcement officials, but to additionally increase public trust in officers. By establishing these safeguards to protect the lives of the public, these laws will hopefully aid in making communities stronger through better relationships with law enforcement.

Following Colorado, Connecticut is the second state to have limited legal immunity for police officers – something specifically included in House Bill 6004. Those against this legislation claimed that it would hurt police recruitment and threaten the lives of police while on the job. However, legislators are quick to note that this isn’t the first set of policies set to limit police abilities, some of the first being established in the state in 1998.

What is certain is that this is a possible step forward in rebuilding a relationship some may see as broken following instances of police brutality and racial discrimination by law officials.  While Connecticut courts recognize that this new remedy will require tweaks and changes moving forward, it is believed that this legislation will work in the public’s interest following a long year of difficult instances of police negligence.