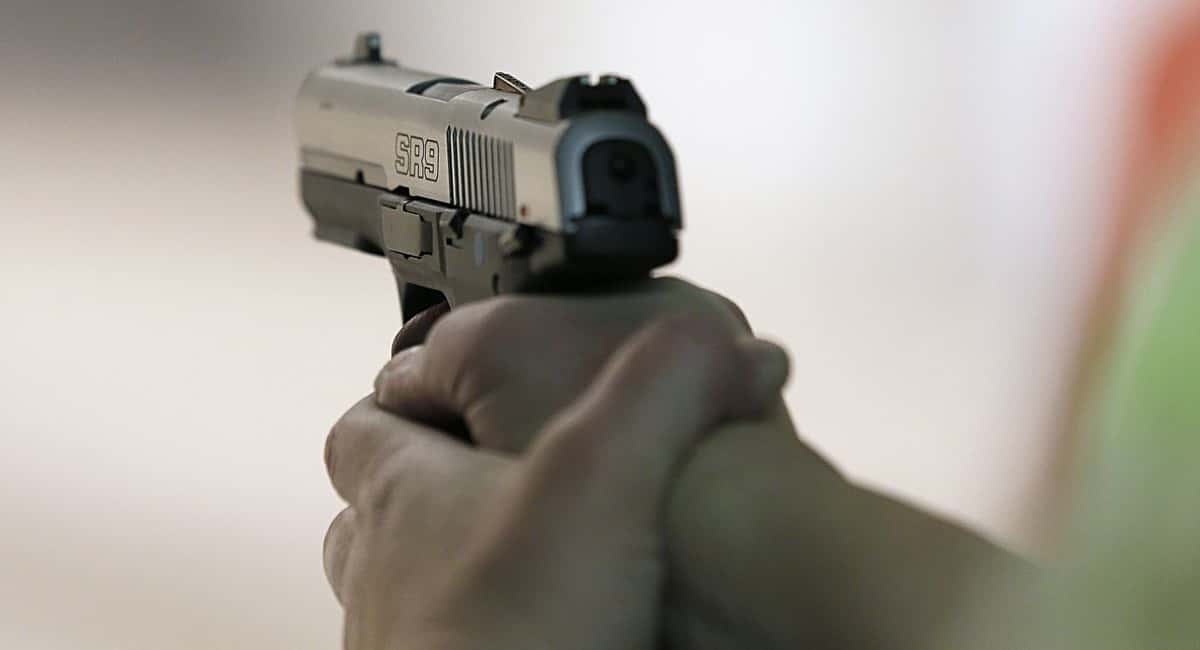 Making the Cut: These Are The Top 10 Police Handguns of All Time

Over the past few centuries, policemen and their trusty handguns remain inseparable. Especially during the most critical situations, handguns turn the tide in favor of the police.

In situations where lives are at stake, police opt to use their handguns to end the threat. It is crucial for them to carry firearms that can effectively neutralize criminals.

With the rich history of handguns, you may be wondering what the top 10 police handguns are?

Even if semi-automatics are today’s top options, there are older handguns worthy of inclusion in an all-time list. Keep on reading below and get to know the 10 important handguns that helped shape law enforcement.

With the history of handguns dating back to several centuries, it is hard to come up with a definitive top 10. One handgun model can easily take the spot of another. However, there are police issued guns that left a lasting mark.

Let’s start with one of the oldest pistols the U.S. Marshals Service used. The Flintlock became the most popular choice back in the late 1700s. It’s lock or ignition mechanism was flint.

The good thing about flint during that time is that it ignited gunpowder in an instant. It also worked under different weather conditions.

The flintlock pistols became the standard weapon of the Marshals Service. They carried the firearm for several decades up until the mid-1800s.

A little trivia: the flintlock pistols of Simon Bolivar sold for over $1.6 million at an auction.

Garrett was an ex-Texas Ranger as well as a sheriff in Lincoln County. His name reached legendary status after neutralizing Billy the Kid. He took down the Old West outlaw using the Colt Frontier single-action .44-40.

The handgun featured nickel plating and a 7 and 1/2-inch barrel.

Tilghman, on the other hand, carried a Colt Single Action .38 specia

l. The gun featured a 5-inch barrel. Tilghman partnered it with another handgun: the Colt .45 caliber.

Meanwhile, Masterson used eight different single-action Colts. But he had two most notable ones.

The first one featured nickel plating while the other one used gold plating. The nickel-plated handgun also featured ivory grips and a 4 ¾ barrel. It also sold for $85,000 at a 2015 auction.

The gold-plated revolver, on the other hand, showcased longhorn grips.

This handgun became valuable for the New York Police Department. Back in the late 1800s, Theodore Roosevelt who was then New York’s police commissioner, armed the police force with new guns.

He ordered 4,500 units of the Colt New Police .32 caliber. The handgun featured 4-inch barrels. It also came with six rounds of ammo.

The guns also offered a more personal touch. They each came with a unique serial number. The numbers matched those of the officer’s badge numbers.

The handguns also came with a “New York Police” engraving on their backstrap. The idea behind the engraving and the serial numbers was to promote accountability.

When the 1930s arrived, the popular choice was the Colt New Police. Then the bureau decided to issue the S&W .357 Magnums.

Later on, people started to call the magnums as Model 27s.

The Registered Magnum featured a balance of power and performance. It also came in over 20 different barrel lengths. Moreover, it also showcased different types of grip, finish, and front and rear sight options.

During the height of its popularity, the manufacturers marketed the Model 27 as “The Most Powerful Handgun in the World.”

Later on, the Registered Magnum evolved. The Model 28 Patrolman succeeded the model as the top choice in 1954. The handgun was a hit being the more economical choice.

Despite the departure of the luxury features, the Model 28 still retained the power.

This handgun first came out in 1988. Australian company Glock manufactured the handgun that showcased a lightweight body. Because of its weight, the Glock 19 became an instant hit among police officers. The Glock 19 popularity means there are many holsters in the market. You choose the best Glock 19 holsters in the market for your individual needs at a good price.

The Glock 19 carried a magazine with 15 rounds. Despite this, it still weighed a total of 30 ounces.

On top of its lightweight design, the Glock 19 also excelled in terms of versatility and durability. It was also easy to clean and maintain.

But most important it offered better accuracy despite its remarkable stopping power. Whether it’s a bank robbery or a pursuit of a car thief, the Glock 19 is a worthy companion for officers.

When we talk about some of the best modern semi-automatic options, the Sig Sauer handguns are always in the conversation.

Today, the Sig Sauer P226 is still one of the favorites. It features 15 rounds, which is larger than its predecessor, the P220 offered. It also comes with a longer barrel that adds accuracy.

In addition, the P226 offers an ambidextrous catch. This allows left-handed law enforcers to carry the gun without adjusting to the grip.

Other notable handguns from Sig Sauer are the P229 and the P250. The P229 is the handgun of choice among Secret Service agents. The P250, on the other hand, is what the Air Marshals use.

The handgun features a Picatinny rail under its muzzle. This allows users to clip in their other accessories. Some of these accessories include flashlights and laser lights, among others.

When it comes to safety, the M&P 9 makes room for some key upgrades. Officers can install the loaded chamber indicator to prevent any accidental firing.

Much like the Sig Sauer P226, the handgun also features ambidextrous controls. Find out how Philadelphia sheriff sale goes?

Police officers also carry firearms even when they’re off-duty. One of their favorite off-duty handguns is the Ruger LC9.

The handgun is small and compact. The size gives officers the opportunity for concealment. It offers a chance for a surreptitious draw when assailants get to draw first.

It measures six inches long and weighs 17 ounces. It also offers safety features. It comes with a loaded chamber indicator, as well as a magazine disconnect safety.

Officers who attempt to foil a felony or robbery while off-duty find the Ruger LC9 an easy companion to carry.

If you are looking for a small handgun that packs a punch, this is a good option.

The German builders of Heckler and Koch handguns abide by a motto: “No Compromises!” Thus, the HK45 handgun does not compromise when it comes to its features and performance.

Its design offers versatility and power for its user. The gun was originally meant for the military. Hence, it provides power, accuracy, and durability.

Similar to the M&P 9, the HK45 also offers customization options. Officers can clip laser lights and silencers during their operations.

But the most notable feature of the handgun is its recoil reduction technology. The technology reduces gun recoil by 25%. Less recoil means quick realignment and better accuracy.

Last but not least is the Colt Rail Gun 1911. This masterpiece from Colt combines contemporary enhancements with timeless classic design features.

Similar to the M&P 9, the Colt Rail Gun 1911 also allows officers to mount some key accessories. It also has a 5-inch long barrel and double-diamond, checkered hardwood grip panels.

So there are 10 of the finest police handguns in history. Sure, there are other firearms worthy of making the cut. But these 10 leave some of the most lasting of impacts.

Keep in mind that the police and military people also use rifles and shotguns. They also invest in different accessories like Spikes Tactical barrels and muzzles.

Arm Yourself with Knowledge

If you are a private citizen and you wish to buy a handgun, you need to be aware of the existing laws in your area. Before arming yourself with a gun, make sure to arm yourself with knowledge. Feel free to try out any of the firearms in our list of the top 10 police handguns.

We encourage you to check out our other blog posts on gun laws and other important legal topics. We also tackle topics like criminal law and what you should do after an auto accident.