Legal Betting Industry Has Been A Major Hit In Virginia

It’s been two years since the state of Virginia decided to legalize sports betting, and it’s predictably been a massive success thus far.

West Virginia was the fifth state to legalize some form of gambling. Nevada was previously the only state that had the betting industry legalized, but Mississippi, New Jersey, and Delaware joined soon after the Supreme Court of the United States overturned the Professional and Amateur Sports Protection Act of 1992 (PASPA).

The act essentially banned sports betting in most parts of the country, but the SCOTUS’ ruling has since led to over two dozen states legalizing a form of it.

Customers in Virginia can take advantage of several promo codes from top sportsbooks like BetMGM Virginia, which is currently offering new users risk-free bets of up to $1,000. BetMGM Virginia offers many different types of bets, including live betting, same game parlays, and futures.

Virginia doesn’t have any teams in the “big four” professional sports leagues (NHL, NBA, NFL, or MLB), but customers are still able to bet on those leagues as well as college sports.

Virginians Are Placing Hundreds Of Millions In Sports Wages Per Month The Virginia Lottery announced earlier this month that residents of the state placed sports wagers of over $400 million in the month of February alone. Unsurprisingly, a significant portion ($33.157 million) of that came from the Super Bowl 56 showdown between the Los Angeles Rams and Cincinnati Bengals

On top of that, PlayVirginia.com announced that the month of February saw online sports wagers increase by 51.2 percent “year-over-year.” February 2021 took in just under $265.8 million worth of wagers from fans.

It should be noted that the strong performance of February 2022 was still a wide drop-off from the January 2022 month that took in just over $485.5 million in bets, via PlayVirginia.com. The numbers from the website also show that over $400 million worth of wagers were placed every month from October to February.

According to the data from PlayVirginia.com, Jan. 2021 (the opening month of sports wagers in Virginia), is the only month in the state that hasn’t seen nine figures worth of sports wagers. That month saw just under $58.9 million, and the total skyrocketed in February to slightly over $265.778 million.

These numbers are quite remarkable when you consider that the state of Virginia doesn’t have a single major professional sports franchise. The state won’t take in the mass amounts of revenues like New York and Illinois, more populous states with multiple teams in the “big four” leagues. 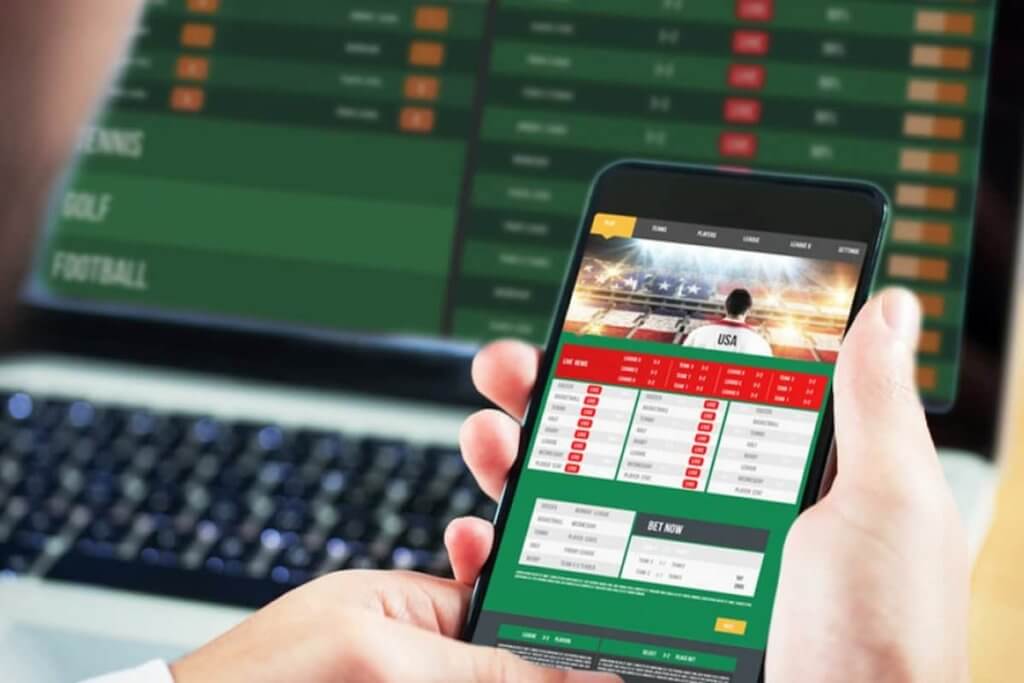 New York only launched mobile sports betting in January, and the Empire State has already taken in more than $5 billion in sports wagers. This is the fourth-most populated state in the country, and they have nine “big four” pro sports teams in the Yankees, Mets, Nets, Knicks, Bills, Giants, Jets, Islanders, Sabers, and Rangers.

The 2022 NFL season is still a little under five months away. But when it comes, the state of Virginia can expect noticeable growth again in sports wagers. As previously noted, Virginians wagered over $400 million in sports bets from October 2021 to February 2022.

Other States That Could Soon Join Virginia The NFL season runs from September to February. Indeed, the NFL is a major factor in the Virginia sports betting industry.

Other states near Virginia could soon launch mobile sports betting. Ohio, another state that features a large number of big four professional sports teams widely expected to launch soon. The nearby state of Maryland also doesn’t appear to be too far away from legalizing sports betting.

As the states that launched mobile sports betting have shown, it’s a major difference-maker in any state’s given economy. Virginia is no exception, even without any major professional sports franchises.

The state of Missouri also appears to be inching closer to launching a form of sports betting. There’s hope that the neighboring state of Kansas will also join the sports gambling industry as well.