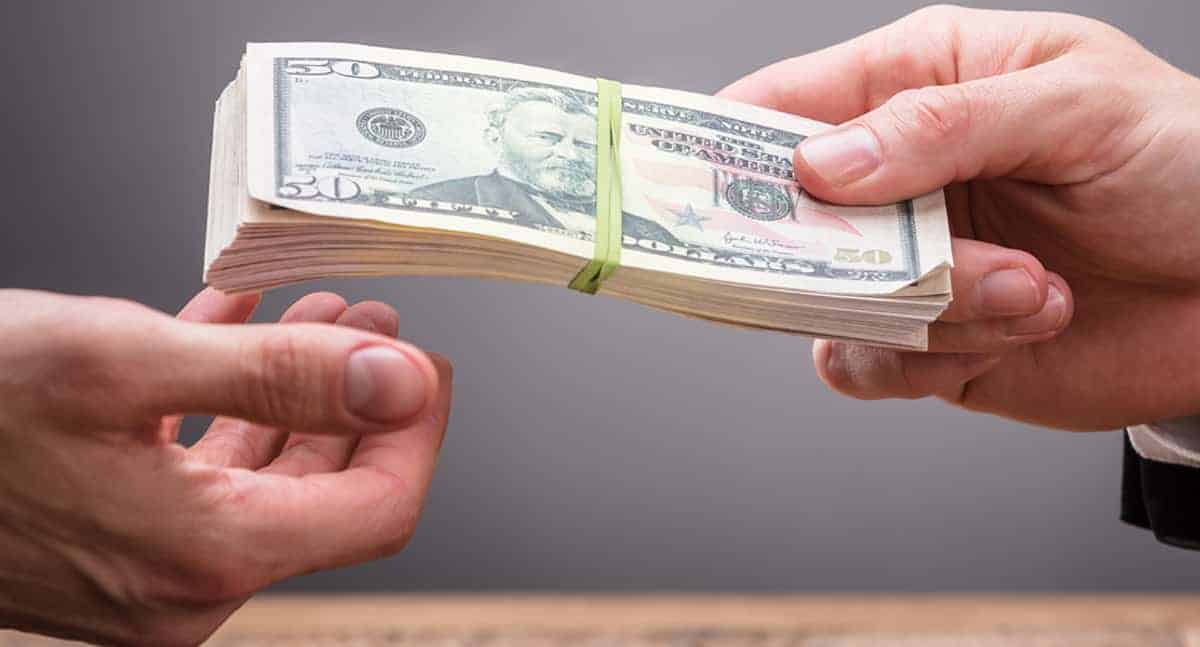 The United States Supreme Court recently granted certiorari in a Third Circuit Court of Appeals decision to resolve the split in the circuits regarding an important statutory interpretation of the Fair Debt Collection Practices Act (FDCPA). The question is whether the statute of limitations in a FDCPA case starts when the alleged violation occurred (known as the “occurrence rule”) or when the consumer discovers the alleged violation (known as the “discovery rule”).

The Ninth Circuit held that the one-year limitations period in 15 U.S.C.S. § 1692k(d), part of the FDCPA, began to run when the would-be defendant violated the FDCPA, not when a debtor discovered or should have discovered the violation because the text of the statute stated that it ran from the date the violation occurred. That court affirmed the district court’s judgment.

However, Judge Thomas Hardiman wrote in his Third Circuit opinion of Rotkiske v. Klemm that the appeal required the Court to determine when the statute of limitations begins to run under the Fair Debt Collection Practices Act (FDCPA), and that the Act states that “[a]n action to enforce any liability created by this subchapter may be brought in any appropriate United States district court . . . within one year from the date on which the violation occurs.” Judge Hardiman noted that the United States Courts of Appeals for the Fourth and Ninth Circuits have held that the time begins to run not when the violation occurs, but when it is discovered. However, the Third Circuit disagreed, finding that the FDCPA, in its view, “says what it means and means what it says”: the statute of limitations runs from “the date on which the violation occurs.”

The appellant, Kevin Rotkiske, accumulated credit card debt between 2003 and 2005, which his bank referred to Klemm & Associates (Klemm) for collection. Klemm sued for payment in 2008 and attempted service at an address where Rotkiske no longer lived. The debt collector eventually withdrew the suit when it was unable to locate him. Klemm tried again in January 2009, refiling its suit and attempting service at the same address. Unbeknownst to Rotkiske, somebody at that residence accepted service on his behalf, and Klemm obtained a default judgment for roughly $1,500. Rotkiske discovered the judgment when he applied for a mortgage a few years later.

In 2015, Rotkiske sued Klemm and several associated individuals and entities asserting, inter alia, that their collection efforts violated the FDCPA. The defendants moved to dismiss his FDCPA claim as untimely. The U.S. District Court for the Eastern District of Pennsylvania agreed. The District Court rejected Rotkiske’s argument that the FDCPA’s statute of limitations incorporates a discovery rule that “delays the beginning of a limitations period until the plaintiff knew of or should have known of his injury.” The District Court found that the “actual statutory language” was sufficiently clear that the clock began to run on Defendants’ “last opportunity to comply with the statute,” not upon Rotkiske’s discovery of the violation. The Court also rejected Rotkiske’s request for equitable tolling as duplicative of his discovery rule argument.

Rotkiske appealed the judgment of the District Court, and a panel of the Third Circuit Court of Appeals heard oral argument in January of 2017. Prior to issuing an opinion and judgment, in September 2017, the Court sua sponte ordered rehearing en banc. Oral argument was held on February 21, 2018. After the hearing, the Court rendered its decision.

The Third Circuit Decision and Reasoning

From the start, the Third Circuit “summarily” rejected Rotkiske’s assertion that the text of the FDCPA is silent on the discovery rule. While it is true that the Act does not state in haec verba that “the discovery rule shall not apply,” Judge Hardiman explained that the U.S. Supreme Court made clear in TRW Inc. v. Andrews, 534 U.S. 19, 28, 122 S. Ct. 441, 151 L. Ed. 2d 339 (2001), that Congress may “implicitly” provide as much. In that Fair Credit Reporting Act case, the Supreme Court held that Congress had “implicitly excluded a general discovery rule by explicitly including a more limited one.”

Judge Hardiman said that the same natural reading applies to the FDCPA in this appeal. “Congress’s explicit choice of an occurrence rule implicitly excludes a discovery rule.”

The judge provided a “quotidian” or everyday example to illustrate why this is so. When a bill states that payment is timely if it’s “received at the bank by 5:00,” it goes without saying that “a check arriving at 6:00 is late even if it was postmarked a week earlier.” The judge reasoned that “[s]hort of the express command that TRW tells us is not required, it is hard to imagine how Congress could have more clearly foreclosed the discovery rule.”

Rotkiske further argued about the remedial purpose of the FDCPA, which was enacted to thwart the national problem of abusive debt-collection practices. Rotkiske emphasized that “those practices may involve fraud, deception, or self-concealing behavior such that the failure to apply the discovery rule would thwart the principal purpose of the Act.” He cautioned that “[a]bsent the discovery rule, vulnerable consumers will be left without redress if the harm caused by debt collectors’ abusive or deceptive acts remains concealed for over a year.”

Judge Hardiman disagreed with this notion for two reasons. First, to the extent Rotkiske argued that the collection practices the FDCPA proscribes are inherently fraudulent, deceptive, or self-concealing, the statute belies his argument, the judge wrote. “Debtors are often vexed by overzealous or unscrupulous debt collectors precisely because of repetitive contacts by phone or mail.” Hardiman explained that as the language of the FDCPA makes clear, “many violations will be apparent to consumers the moment they occur.” The Act’s statute of limitations applies to all of its provisions, so the Court disagreed with Rotkiske’s suggestion to interpret the Act as if it contemplated only concealed or fraudulent conduct. Second, the Court held that to the extent that FDCPA claims do deal with “’false, deceptive, or misleading representation[s],’ nothing in the Act impairs the discretion district courts possess to avoid patent unfairness in such cases.” (emphasis by the Court). The Court of Appeals noted that equitable tolling remains available in appropriate cases.

Judge Hardiman explained that neither the Mangum or the Lembach opinion analyzed the “violation occurs” language of the FDCPA. In Mangum, the Ninth Circuit failed to engage the text of the Act. That court relied instead on its expansive holding in the 1998 opinion, Norman-Bloodsaw v. Lawrence Berkeley Lab., which held that “the discovery rule applies to statutes of limitations in federal litigation.” The Ninth Circuit did acknowledge that the Supreme Court had reversed its application of the Norman-Bloodsaw rule to the Fair Credit Reporting Act (“FCRA”) in TRW. Even so, after “brushing aside” TRW’s analysis as “food for thought . . . worth musing on,” the majority of the panel in Mangum concluded that TRW neither overruled nor undermined the Ninth Circuit’s prior precedent concerning the general applicability of the discovery rule.

Similar to the Ninth Circuit in Mangum, Judge Hardiman explained that the Fourth Circuit in Lembach also didn’t engage the statutory text when it determined that a discovery rule would vindicate the policies underlying the FDCPA. The Fourth Circuit in that case reasoned—without mentioning equitable tolling—that because plaintiffs “had no way of discovering the alleged violation,” the defendant “should not be allowed to profit from the statute of limitations when its wrongful acts have been concealed.” Based on the analysis in these two decision, Judge Hardiman and the Third Circuit declined to join either the Ninth or the Fourth Circuits in holding that the statute means something “other than what it plainly says.”

The judge noted that in addition to the opinions of the Fourth and Ninth Circuits in Mangum and Lembach, Rotkiske gave substantial weight to the Third Circuit’s 1994 opinion, Oshiver v. Levin, Fishbein, Sedran & Berman. Hardiman explained that in dictum in that case, the Court applied the discovery rule to Title VII—despite the fact that the statutory language required charges to be filed within 180 days “after the alleged unlawful employment practice occurred.”

Judge Hardiman said that the problem with Rotkiske’s reliance on Oshiver was that its dictum “is in obvious tension with the Supreme Court’s decision in TRW.” Instead of focusing on the statutory text—which the Third Circuit “relegated to a footnote”—the Court described a “general rule” that “the statute of limitations begins to run . . . [on] the date on which the plaintiff discovers” an injury rather than “the date on which the wrong that injures the plaintiff occurs.” (emphasis in original). The Supreme Court’s approach in TRW counsels in favor of reconsidering the Court’s earlier practice of presuming that federal statutes of limitations include an implied discovery rule. Indeed, the Judge said that to the extent that our decisions have relied on such a general presumption in applying a discovery rule to statutes that expressly begin to run when a violation “occurs,” they cannot be reconciled with the Supreme Court’s mandate that when “the text [of a statute] and reasonable inferences from it give a clear answer,” that is “the end of the matter.” Brown v. Gardner, 513 U.S. 115, 120, 115 S. Ct. 552, 130 L. Ed. 2d 462 (1994) (citations omitted).

Rather than imply a discovery rule by rote “in the absence of a contrary directive from Congress,” Judge Hardiman said that the Court must “parse each limitations period using ordinary principles of statutory analysis—beginning with the statutory text and then proceeding to consider its structure and context.” As part of that inquiry into context, he noted that “it may sometimes prove appropriate to consider whether there are ‘historical[] or equitable reasons’ to adopt either an occurrence or a discovery rule.” Rotkiske’s claim is not such a case, he held, because the text of § 1692k(d) plainly incorporates an occurrence rule.

Thus, the Third Circuit—splitting from the Fourth and Ninth Circuits—held that civil actions alleging violations of the Fair Debt Collection Practices Act must be filed within one year from the date of the violation. Because Rotkiske’s action was filed well after that period expired, his action was untimely. The Third Circuit affirmed the judgment of the District Court.

Petition to the Supreme Court

In Rotkiske’s petition for certiorari, he argued that in TRW, the Supreme Court held the discovery rule does not apply to the FCRA. The Third Circuit held TRW’s methodology supported the its judgment. However, Rotkiske contends that TRW “actually counsels directly opposite to the Third Circuit’s conclusion.” The Supreme Court held in TRW that the FCRA’s embedded statute of limitations precludes application of the discovery rule. Put another way, TRW recognized that Congress in enacting the FCRA therein created—textually—its own statute of limitations paradigm.

Kurt R. Mattson is the President of Union Legal Research. He is the former Director of Library Services and Continuing Education at Lionel Sawyer & Collins in Las Vegas. Prior to this, he worked at BNA and other legal publishers, spending a substantial portion of his career working for Thomson Reuters. He serves as a consultant for several businesses, law firms, and marketing companies.