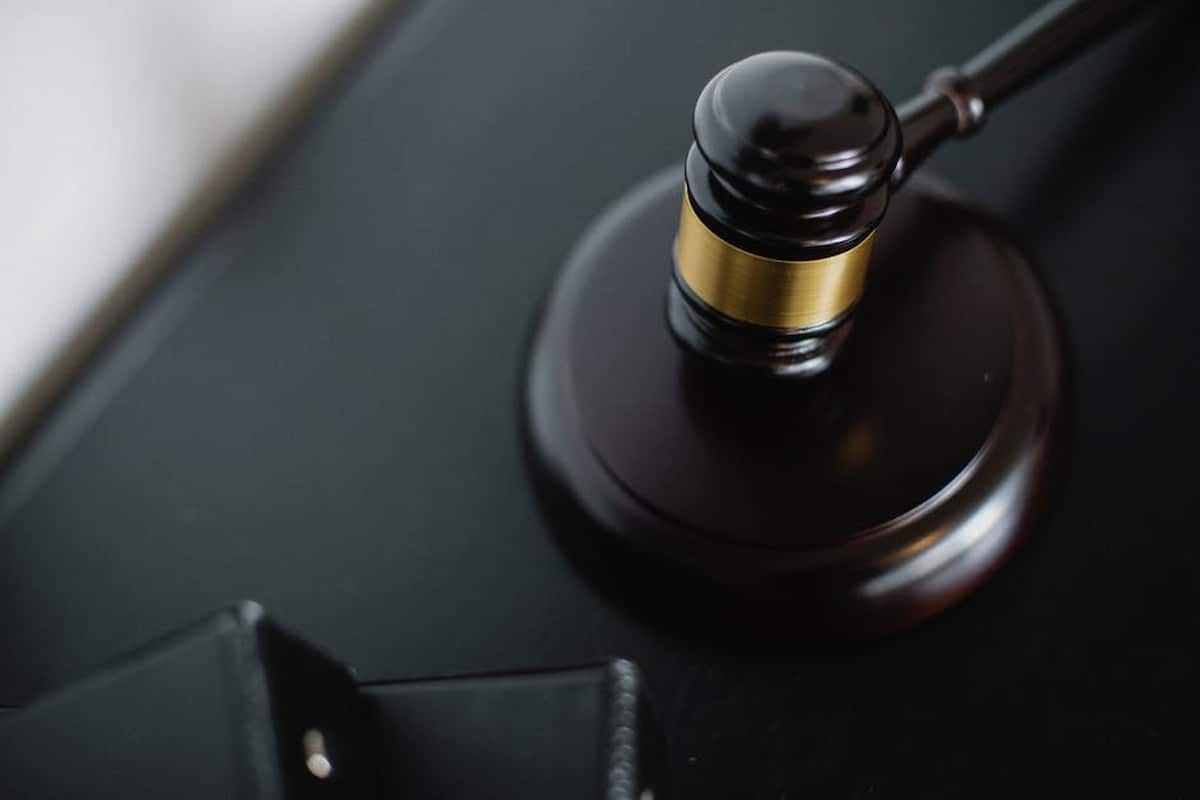 The Disastrous Societal Effects of the Three Strikes Law

You were only 19 when you stole some video games and faced a theft conviction. Your immaturity led you into a fight and an assault conviction.

After that, you cleaned up your act and led a decent life. You got into some financial debt that led you into a poor choice, and now you’re facing a serious drug offense.

This is so much worse than one drug conviction. It’s possible you’re now facing the rest of your life behind bars.

Life in prison without the possibility of parole for a drug conviction? How? The Three Strikes Law.

There are currently almost 4,000 people serving life sentences like these, and 80% of those prisoners are people of color. The Three Strikes Law was a result of the costly War on Drugs. Unfortunately, the law has disastrous unintended consequences for society.

Here’s what you need to understand about the Three Strikes Law, and why it’s time for a change. 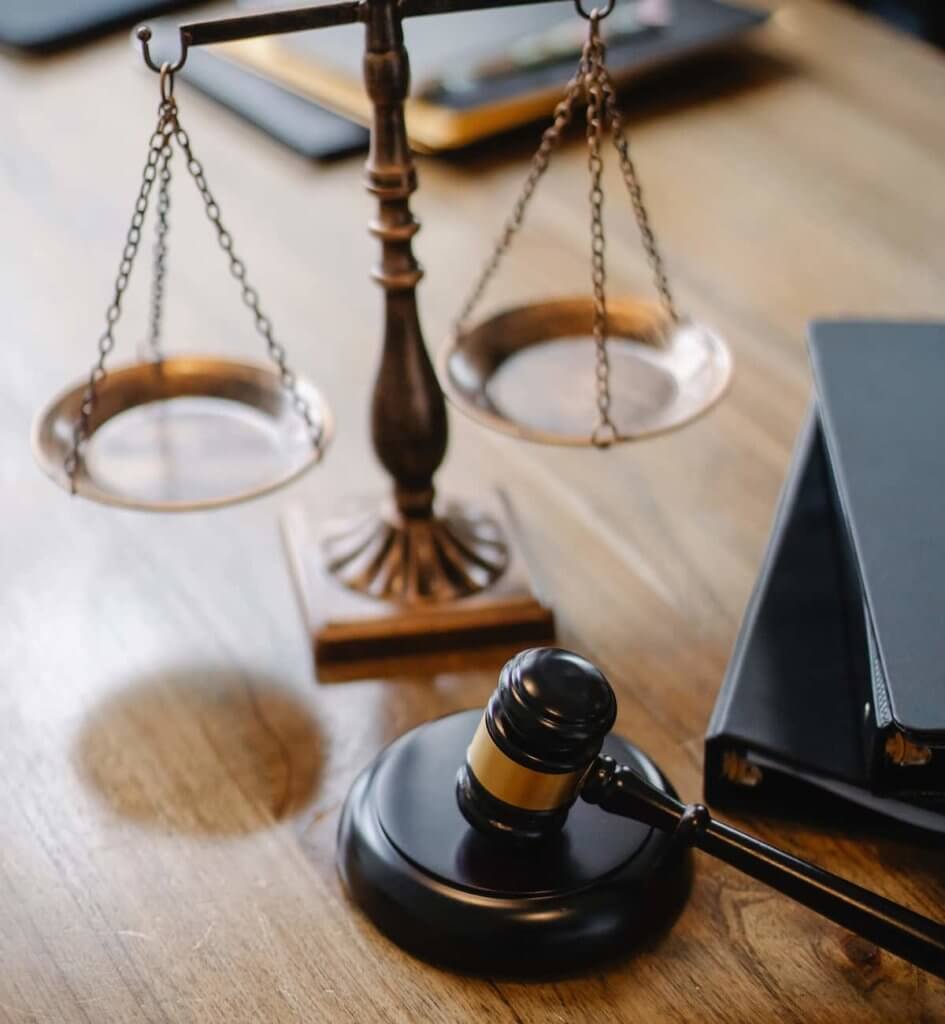 The Three Strikes Law is a federal provision enacted in the hopes of reducing violent crime, especially from repeat offenders. The Three Strikes law requires mandatory life imprisonment for those prosecuted under it.

Even the judge can’t use her own discretion to reduce the defendant’s sentence.

Imagine going to jail for the rest of your life for selling some marijuana? It happens. It’s especially daunting because drug laws vary from state to state as you can see in this post.

In examining Three Strikes Law cases, it’s clear the law is unfairly applied. It’s also used in an unethical and coercive manner. Let’s take a look at a sample case.

Three Strikes and You’re Out

In 1995, 33-year-old Curtis Wilkerson was waiting for his girlfriend to finish up a hair appointment. Her appointment went long, and Mr. Wilkerson went to the mall to wait.

Mr. Wilkerson had some troubles as a teen. He had no father figure and his mother had a drug problem. She died when the young man was only 16 years old.

Only 16 and facing difficult circumstances, young Curtis ran with the wrong crowd. He was the lookout for two robberies which landed him a sentence of six years in prison.

That was a rough start but after serving his sentence, Mr. Wilkerson changed his life. He went on to work as a forklift driver, a success story for someone with such a difficult childhood and weak parental role models.

Back to that day at the mall, and Mr. Wilkerson was bored. He did some shopping and wandered around.

At some point, he came across a pair of socks, and for unknown reasons, he put the socks into one of his shopping bags. They weren’t expensive – only a few dollars.

Mr. Wilkerson never made it out of the store. Security guards stopped him at the exit and detained him.

Life In Prison for Stolen Socks?

The stolen stocks were the third strike for Mr. Wilkerson. As absurd as it sounds, it landed him a prison sentence of 25 years to life.

His first potential chance at parole would be after serving 25 years in prison. The difficult reality? Parole boards reject about 80% of applications for parole.

To add salt to the wound, Mr. Wilkerson has to pay $2,500 in restitution for the stolen socks. The socks were worth only a few dollars.

Why would anyone sentence a man to 25 years to life for a pair of stolen socks? Because his third conviction fell under the Three Strikes Law.

The Origins of the Three Strikes Law 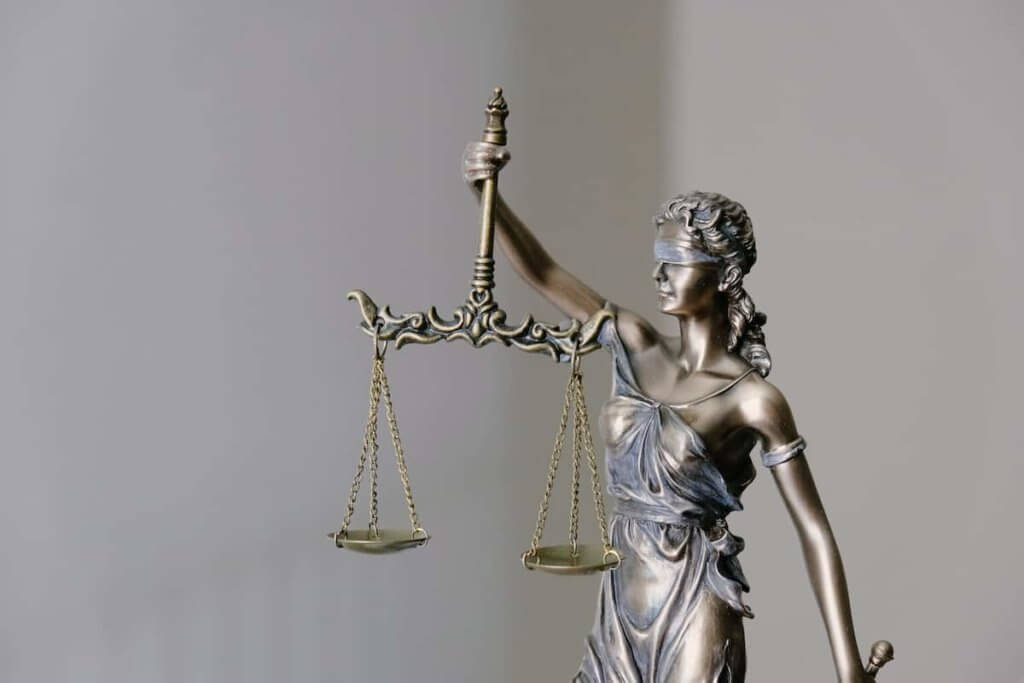 The crime rightfully enraged Californians, where it happened. They enacted a law that doubled the regular sentence of a two-time offender and required 25 years to life for the third conviction.

It seemed like a fitting response to such a heinous crime at the time. There have been some unjust and unintended consequences of the law.

The War on Drugs

The U.S. War on Drugs made the Three Strikes Law into a club with which to beat drug defendants. It’s ironic that white men now profit from licenses to sell marijuana legally while millions of minority men languish in jail with life sentences for selling marijuana!

There are some pros to the Three Strikes Law. Proponents claim that it discourages repeat offenders from committing crimes and positively impacts the rate of crime. Criminals know a third crime could put them behind bars for the rest of their life.

Opponents counter that many violent crimes are crimes of passion or committed under the influence of drugs. In those cases, it’s unlikely the law is a deterrent.

Sometimes, there’s justice for the victims of violent crimes. Some victims fear that they’re not safe as long as the perpetrator is free. The Three Strikes Law keeps repeat violent offenders from terrorizing their victims.

Having repeat offenders in prison means lower crime rates in the community.

Curtis Wilkerson knows the cons well. A petty and insignificant crime can land a person in jail for the rest of his life.

The Three Strikes Law also leaves rehabilitation off the table. Many criminals come from disadvantaged backgrounds and have mental health issues as a result.

The high cost of incarceration is another con to the Three Strikes Law. Putting people in prison costs taxpayers a lot of money. Putting a man in jail for life for stealing a pair of socks is a ridiculous cost to the taxpayers.

Potential harm to police is another con. It’s possible a criminal will escalate resistance to avoid arrest. This could result in more injuries to police.

The Three Strikes Law also takes discretion away from judges. Every case and every criminal is different. Judges use their wisdom and experience when imposing sentences.

The formulaic nature of the law ties the judges’ hands and takes away personal discretion. This makes the law unjust in many circumstances. The judge can’t differentiate between a hardened criminal and someone who made a bad choice.

The 851 notice is a sentencing enhancement. It’s the notice that informs the court the offender is eligible for the Three Strikes Law. This means he could spend the rest of his life behind bars for the third offense.

The 851 has gained a bad reputation as a tool for prosecutorial coercion. Prosecutors use the 851 notice to get offenders to agree to plea deals. Even worse, the plea deal sentences are much longer than regular sentences.

In the case of Chris Young, prosecutors offered him a plea deal of 14 years in prison in exchange for a plea of guilty. Mr. Young had the drug offense but also had two priors.

Young was not a major figure in the drug bust that landed him in trouble. He didn’t take the plea deal offered because he thought he’d get off with a lighter sentence.

Prosecutors then filed the 851, notifying the court of the two priors from when he was 18 and 19. Those priors were not violent offenses, but small drug offenses.

The jury convicted Mr. Young of, among other things, possession, attempted possession, and intent to sell drugs. Because of the 851 notice, the judge had no choice but to sentence him to life in prison.

The prosecutors offered him a plea deal of 14 years but now he’s serving life in prison. The disconnect is clear.

Statistics show that the application of 851 enhancements is inconsistent and unfair. Although black offenders represent about 40% of drug offenders eligible for the 851 enhancement, it’s applied to them about 50% of the time.

Contrast this to white offenders, who received 851 enhancements about 24% of the time. This is a clear demonstration of racial bias in the justice system.

The Three Strikes Law has a disproportionate impact on minorities, especially those who are black. A just society should not allow such disparate and unfair treatment of minorities.

Taking someone away from family and community for the rest of his life for a petty crime has a negative impact on society. It leaves children without fathers and mothers and people without spouses.

The Constitution’s eighth amendment prohibits the use of “cruel and unusual punishment.” Even excessive fines and bail are prohibited under the constitution.

Because Three Strikes Laws ignore the type and gravity of offenses, the laws don’t align with the ideals enshrined in the U.S. Constitution. It also leaves people open to harsh punishments at the sole discretion of prosecutors. 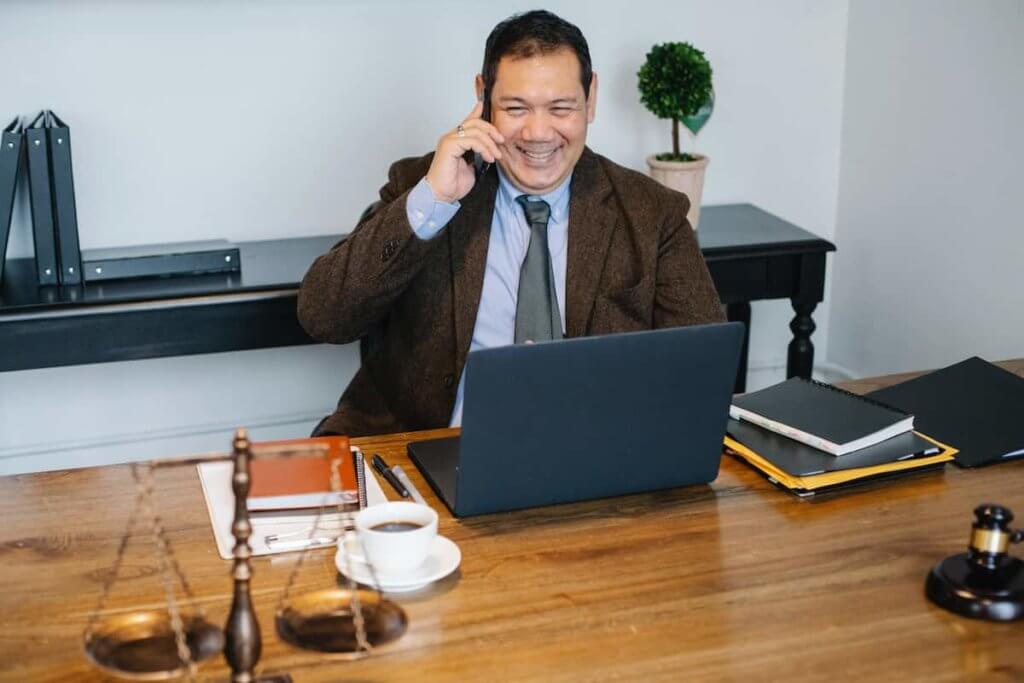 Another unintended consequence of the Three Strikes Laws? More trials.

If you’re facing a life sentence, why not take your chances with a jury? Most twice-convicted felons opt for the jury trial and take their chance for an acquittal.

The court system in the United States is overburdened with criminal court cases. The Three Strikes Laws only make the situation worse which leads to the next point…

Because the court system is already overburdened, both prosecutors and defense lawyers push clients into plea bargains. Not all defendants are guilty.

Many people take the plea bargain as the lesser of two evils. It’s possible that at least some people caught up in the Three Strikes Law weren’t guilty of at least one of their prior convictions. Their “third strike” may not be a third strike.

As with Chris Young’s case, the 851 enhancement or Third Strike Law, becomes a tool for prosecutorial abuse. Prosecutors use the tool to coerce defendants into agreeing to plea deals.

Mr. Young could have served 14 years under the initial plea offered by the prosecutor. He opted for a trial and ended up with a life sentence because of the 851 enhancement.

If found guilty and there’s an 851 enhancement, a person essentially receives a death sentence. He stays in jail until he dies. There are many instances of defendants refusing plea deals only to find themselves sentenced to life in prison. 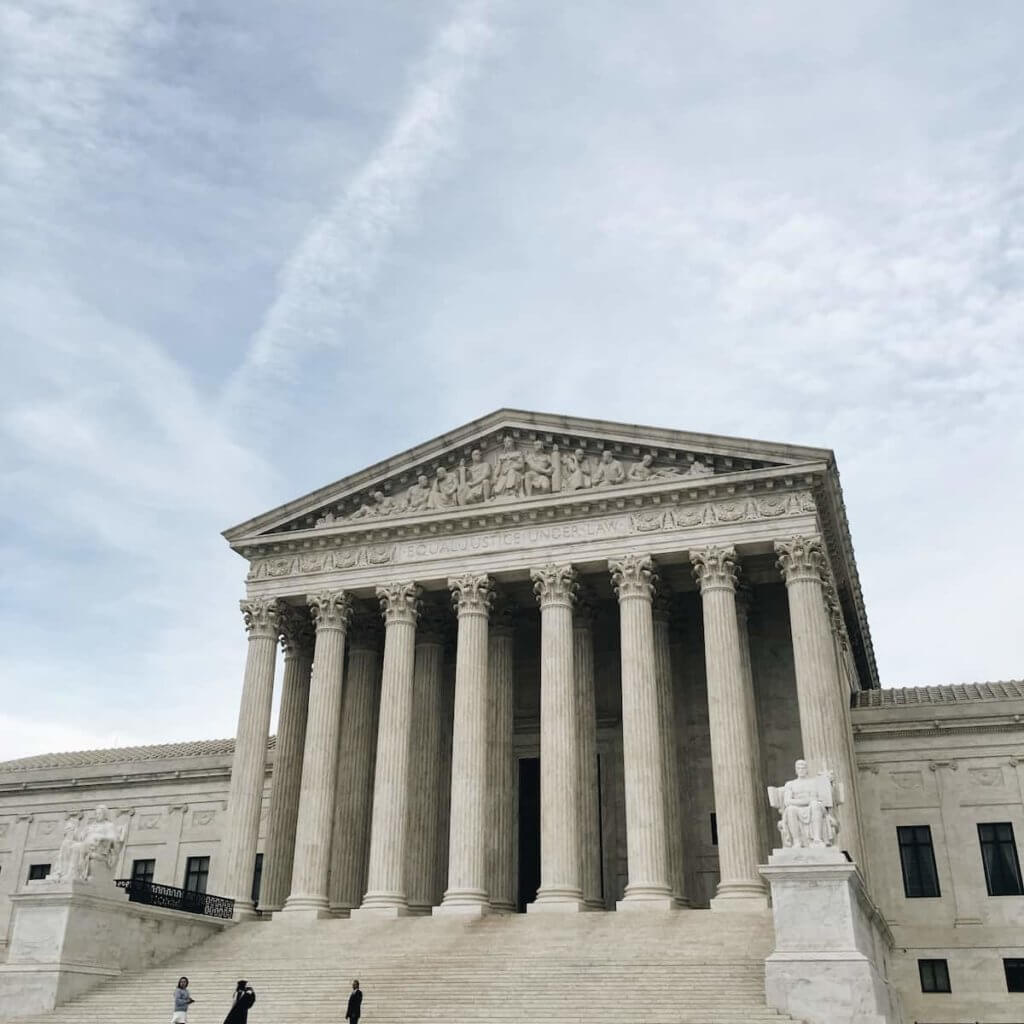 The Three Strikes Law had good intentions but it has too many unintended consequences. These laws overburden the judicial system, tie the hands of judges, and condemn prisoners to excessive and unfair prison sentences.

No defendant should have to choose between an unfair plea deal and the possibility of life behind bars. Because many violent crimes aren’t premeditated, it’s not even a sure thing that the laws deter violent criminals.

The laws do unfairly separate families and apply to black offenders more often than white offenders. These types of laws take a toll on not only the families but also their communities.

Are you interested in more articles about the law? Keep scrolling the blog!