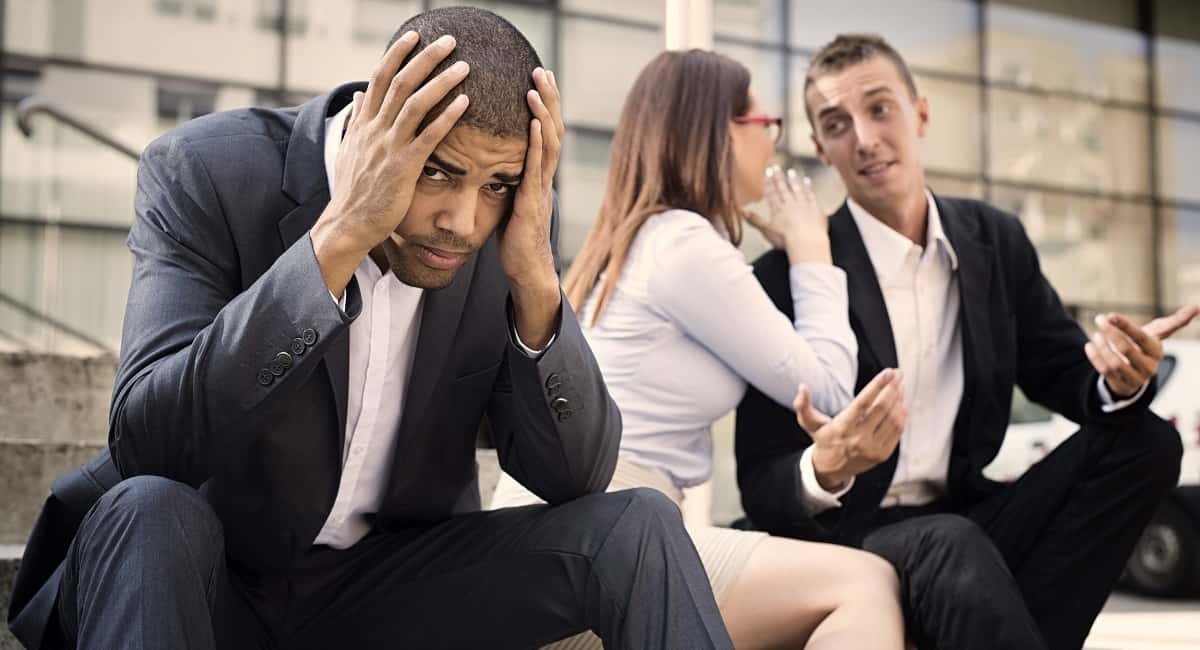 Everyone deserves to be treated with dignity and respect in the workplace. This is not just a nice thing to do; it is a matter of law. Both federal and state laws prohibit racial discrimination against employees. Racial discrimination comes in many forms. If you have been denied a job, a promotion, a pay raise, or an opportunity enjoyed by others because of your skin color, ethnicity, or national origin, then you have been discriminated against. And the person or persons who did it and the organization that allowed it to happen have broken the law.

The first instinct of anyone who has been treated in this way is to solve the problem at the lowest possible level. You don’t want to cause an uproar; you want to get on with your job like everyone else. You don’t want to draw negative attention to yourself or make trouble for those associated with you. It is okay to feel this way. And it is a good idea to speak to the person whom you suspect of discriminating against you. You may have misunderstood the entire situation, which is why you should first talk to your colleague directly before you report them.

If the person you suspect of racial discrimination does not give you a satisfactory answer, if they deny plain facts, try to disingenuously spin what they have done, or crudely change the subject, then you will need to elevate your complaint.

Your company should have established procedures for making complaints about racial discrimination. Make sure you follow them to the letter. If you are forced to later litigate the matter in a civil suit, you don’t want to give them any reason for saying that you did not follow proper procedures.

Personal Action and Conduct in the Wake of Racial Discrimination

Accusing a colleague or company with racial discrimination is serious. No company wants to be tarnished with the stain of racial discrimination, which is why the people you accuse will make every effort to discredit and diminish your claim. You must be very careful in how you carry yourself after you have made the allegations. Indeed, before you go on the record with the charge, you should do the following:

1. Save all records of communication with the person

People who are bigoted do not announce it openly. They understand that in today’s world there are certain things that one cannot get away with saying or doing. Bigots speak in language that is seemingly race-neutral but is meant to demean and intimidate people of color. You should save all emails, text messages, and social media exchanges you have had with the person who has engaged in discriminatory behavior against you. You should also save all voice mail messages, as you don’t know which ones will be relevant.

If your exchanges with the person occurred on computer servers, cell phone systems, and PDA devices owned by the company, then you should forward the relevant content to your personal accounts immediately. Once you have officially launched an action against the company, you will probably be shut out of your company accounts.

2. Cautiously speak to others who may have been discriminated against

You should also quietly, carefully, and cautiously speak to others who may have been the victim of the person’s racism or a witness to it. You will need to exercise your best judgment in collecting this information. You will need to determine quickly who you can trust to keep your inquiry in confidence and who is likely to go running to management about it.
You need not speak to everyone who looks like you. Indeed, the more people you speak to, the more of a risk you will run of being found out. Speaking to two or three people who may have experienced racism at the hands of this person will suffice. In your questioning, be sure to avoid making accusations. The more business-like you can be about the inquiry, the more cooperation you are likely to receive from the individuals concerned.

If you have tried to speak to the person directly about their conduct and gotten no result, if you have taken your complaint to the proper authorities in your company and have not received a satisfactory response, then you will need to hire a racial discrimination attorney. Hiring an employment attorney in Los Angeles is a last resort. And when you speak to your lawyer, they will understand the tremendous strain you are under and act accordingly.

The above are the actions you should take if you have been discriminated against. Here are a few things you should avoid doing:

1. Making a scene in the office

Being the target of bigotry and prejudice can be humiliating, embarrassing, and infuriating. It will of course elicit an emotional response. Most bigots aim to do exactly that. However, you must master and control your feelings. You can vent to your family and your non-work friends in the privacy of your home, but you cannot make scenes in the office. Doing so will only help the racist in your midst.

2. Posting about it on social media

You must also avoid posting anything about your complaint on social media. The contents of Facebook, Twitter, You Tube, and other such sites are used as evidence in civil suits. The lawyers for the company you are taking on can use any intemperate language on social media against you.
In fact, you should limit your use of social media until the issue is resolved. Even postings that seem innocent and innocuous can be used to undermine your case.

3. Discussing it with work colleagues

You should avoid discussing the details of your complaint with your work colleagues. You will have formed bonds and friendships with many of your colleagues. But the less you say about your racial discrimination complaint the better. This is for your protection and theirs. In the end, you are accusing another colleague of racism. If you have elevated it to an official complaint, then the person’s behavior and yours must be treated as confidential.

Even if you have moved passed the stage of official complaint and launched a lawsuit against the company, in which case the accusations become a matter of public record, you should avoid discussing the subject with the people you work with, as they can be subpoenaed and deposed by the company’s lawyers, and the testimony they give may do damage to your case.

How the Case Will Be Handled

If you have decided to take legal action against the company, you must put the case in the hands of a racial discrimination attorney. A racial discrimination lawyer is an employment lawyer dedicated to getting justice for those who have been mistreated in the workplace. Although your employment lawyer will act in a kind, cordial, and sympathetic way toward you, their primary purpose will be to get to the facts of your situation. If you have been fired, denied promotion, or subjected to some other form of mistreatment owing to your race, a law has been broken, and it is the job of your attorney to get you justice.

If you have been the victim of racism at work and have exhausted all in-company means to resolve it, you may need to speak to an employment attorney in Los Angeles to get other options.