What Happens After a Domestic Violence Conviction?

Domestic violence costs in the U.S. amount to $37 billion a year, this is a very serious and pervasive issue. Domestic violence is classified as violent abuse by a partner, roommate, or another domestic resident.

A domestic violence conviction can result in misdemeanor or felony charges.

This conviction comes with some legal restrictions, here is what you should know

Convictions of domestic violence may come with fines, probation, or jail time depending on how serious the charge. For example, disorderly conduct is considered a misdemeanor domestic violence charge with a fine of $250 and up to 15 days in jail. Domestic battery jail time would stem from a felony charge, also depending on the assault and battery laws of each state.

The restrictions are different for each case. Most often this means the individual who’s charged must find a new living arrangement.

Having a domestic violence conviction on your permanent record may make it hard to find a new home. Convictions of such serious nature can lead to being refused as a tenet. This serious charge may also affect a person’s immigration status and result in deportation.

Charged With a Crime and Finding a Job

Any job that you apply to requires a background check. Having a misdemeanor domestic assault or felony assault on your record will not cast you in a favorable light to a potential employer. If you are able to get a job with a domestic violence conviction, advancing to leadership roles of any kind will become impossible.

There are also certain fields of work off-limits to those with a domestic violence conviction. Any job that requires working with women or children will most likely be impossible to get with this type of conviction on your record.

Rights After a Domestic Violence Conviction

Living in the United States grants us all certain rights. Domestic violence convictions often take away some of those rights, like the right to own a gun.

Get Informed on Domestic Violence Convictions 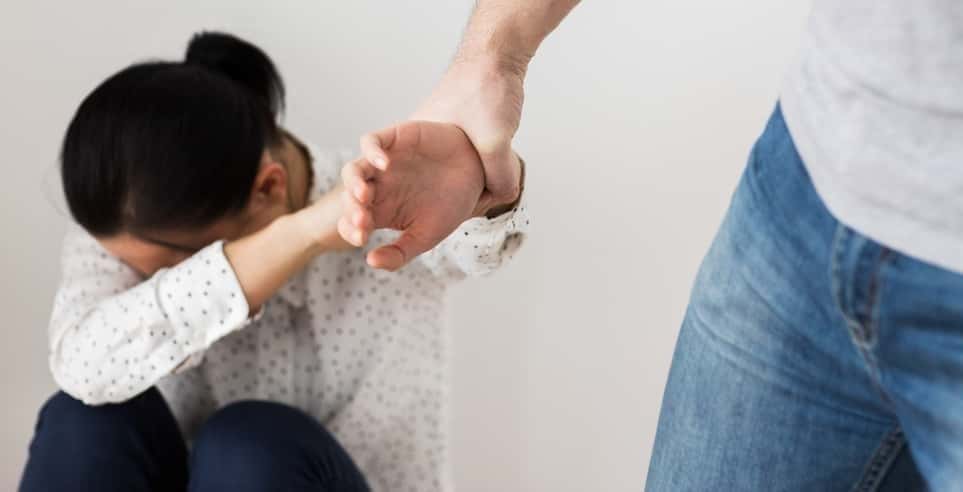 You were recently charged with domestic assault or another charge related to domestic violence. Chances are that your mind is filled with questions – especially when it comes to how your case will play out in court. Before you become overwhelmed by an endless maze of “What If?” questions, here are several key points that you must remember:

The Purpose of the Domestic Violence Hearing

The domestic violence hearing is typically the first stage of the judicial response to this type of charge. The judge assigned to your case will primarily focus on two key factors: the evidence and the victim. Is there enough evidence presented that will support a protective order that favors the victim? The answer to that question will help the judge to determine if the alleged assailant should be allowed to have any contact with the victim and (if applicable) their children.

For example, in Arizona, the scope of domestic violence covers much more than just physical and sexual violence. It also covers emotional abuse, neglect and economic control. You do not even need to be physically near the alleged victim. Such acts as harassing phone calls, recording them without consent, threatening conversations, or even criminal trespassing can fit within this category as well.

The Victim May Not Be Able to Dismiss the Case

Another common misperception is that all you must do is get the victim to drop the charges to make everything “go away.” First-time offenders may avoid seeking legal representation, because they believe that the victim can have a change of heart and “pull the plug” on the entire case. Once again, this goes back to how your state handles domestic violence cases.

An average of 1,200 people become victims of physical abuse by an intimate partner in the U.S. every hour, according to the National Coalition Against Domestic Violence (NCADV). Therefore, it is not surprising that most states take the prosecution of these cases seriously – with or without the continued support of the victim. In most cases, the district attorney is the only one with the authority of drop a domestic assault case. Even if the victim refuses to testify, the State is still able to aggressively prosecute a case.

Mandatory Counseling is Just One of the Potential Results

It is true that mandatory counseling is a typical result of most domestic assault cases even when the assailant is not sentenced to serve any jail time. However, depending on the nature of the crime and the defendant’s criminal history, it can still be charged as a misdemeanor or felony. It could also lead to restraining/protection orders, custody losses, civil lawsuits, and more. To say that a single charge of domestic assault can change a person’s life forever, therefore, is a major understatement.

It is never wise to face a courtroom battle or any major criminal charge without retaining legal representation. A significant number of people fall into the trap of believing that they have an “open-shut” case that will end in their favor – which is why they feel as if they are saving a lot of money by not retaining a criminal defense attorney to handle their case. As referenced above, by going into the legal proceedings associated with this type of charge without an expert attorney at your side, money is not the only thing you risk losing.

Liz S. Coyle is the Director of Client Services for JacksonWhite Attorneys at Law. She also serves as a paralegal for the Family Law Department. She is responsible for internal and external communications for the firm.

The Basics Of Assault And Battery Laws

Although the specifics vary from state to state, assault and battery laws typically involve the same charges and acts. When someone engages in assault and battery, they usually either try to hit or strike someone or they threaten another person to cause fear of harm in order to get that person to behave in a particular manner. There are different types of assault and battery charges based on the severity of the behavior. The most egregious behaviors are typically classified as “aggravated” assault and battery, because they pose more potentially dangerous and serious consequences to the victim.

An aggravated assault charge involves a situation when someone tries to severely injure another individual, or they use a deadly weapon to threaten or actually harm someone. The charge of assault and battery is generally used when there is a fight or some type of altercation that involves two or more people. There are some legal constructs, however, that will involve those who just use the threat of violence without following through in order to coerce someone else. The following are the definitions related to assault and battery laws.

Although the details differ from state to state, assault is essentially defined as the attempt to injure or harm someone. It can involve either physical action or intimidating behaviors against someone else. Another form of assault is “attempted battery,” which is when someone uses force through making threats that cause someone believe that if they don’t comply, they are in jeopardy of harm. The difference between an actual battery and when someone assaults you is whether or not someone makes physical contact. If someone is just offensive, then it is usually not battery; it is just defined as assault.

The requirements for labeling an assault

If you want to convict someone of assault, there needs to be some sort of “criminal act” that took place. The type of actions that would constitute an assault can vary widely in definition based on location, but it typically means that someone directly or overtly acts against someone in a way that would reasonably be interpreted as attempting to cause fear. The theory of reasonability means that if anyone else were under the same conditions, they would likewise feel threatened and fearful.

For a battery charge there needs to be an act