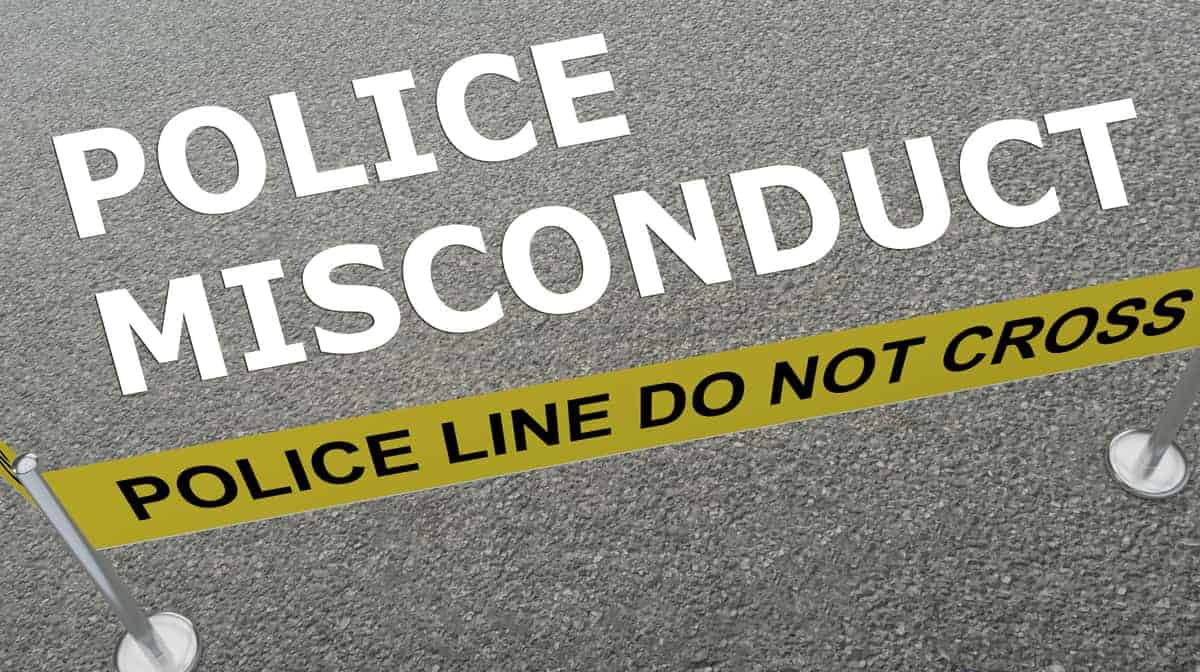 10 Examples of Police Misconduct to Refer to for Your Case

Police misconduct is any action done by a police officer that is illegal, inappropriate, or against police policies. This is a broad concept that can range from using excessive force, performing illegal searches, selective law enforcement, racial profiling, and even sexual assault.

What are The Different Types of Police Misconduct?

Because many of these actions and concepts are broad and non-specific, it can be hard to delve into exactly what problems these cases involve. But skilled criminal defense attorneys can often use police intimidation to get criminal charges dismissed or even bring a civil claim against police for financial damages.

The Philando Castile case is one of the most famous police brutality cases to come up since Rodney King’s assault in 1992. So what happened?

Philando Castile was driving in a car with his girlfriend and his girlfriend’s daughter. He was then pulled over by Officer Jeronimo Yanez. Mr. Castile immediately reported to the officer that he had a legal gun in his possession.

However, Yanez does not listen and fires 7 shots into the car, killing Castile. This is considered excessive use of force, especially considering that there was an unarmed person and child in the car when Yanez fired 7 shots at close range.

Yanez was charged with manslaughter and acquitted. However, he was removed from his position as a police officer and Castile’s girlfriend received over 800,000 dollars in settlements from the city.

When police officers make an arrest, they’re required to tell the investigators that often take over the case all of the details and information they can. Lying to investigators about anything involving the arrest or the case is an example of police officer misconduct. This can be considered an obstruction of justice as well as going against police rules and regulations.

After the Mike Brown case in Ferguson, there was a huge Department of Justice probe into the racial profiling and misconduct performed by the Ferguson Police Department.

One thing they found in this report is that officers consistently lied to investigators about arrests, events, and interactions. One example given was that an officer lied about an altercation over the police loudspeaker.

This is a serious police misconduct laws offense, but the officer was only suspended for 12 hours (which, in fact, is another example of police officer misconduct, since that punishment doesn’t follow police regulations).

That same report showed multiple examples of racial profiling within the FPD as well. Racial profiling occurs when officers and law enforcement officials use race or skin color as the basis for suspecting a crime.

This occurred a lot in Ferguson and is a prime example of police misconduct. The report showed that officers would target men of color, hold them, and then search whether there was a warrant out for their arrest (which is another example of police officer misconduct).

Officers planting evidence in order to make an arrest is a gross misuse of power and an example of police officer misconduct. A current case involving the premise of planting evidence involves Officer Richard Pinheiro of the Baltimore Police Department.

This case showed via body cam footage that Officer Pinheiro planted fake drug evidence in order to arrest a man on drug charges, which led to this man being held in jail for multiple months (all because of fake evidence).

This might be a problem within the Baltimore Police Department, seeing as another example of planted evidence was unearthed also because of body cam footage at a 2016 traffic stop.

If you want to learn more about or find lawyers that specialize in police brutality, check out these attorneys.

And get a conviction they did: the officer involved was sentenced to 20 years in prison for his involvement in the case. But what happened?

A cell phone video captured the events: Officer Michael Slager pulled over Walter Scott for an allegedly broken taillight. Scott and Slager apparently fought, and Scott fled the scene as Slager fired multiple shots at him (he was unarmed).

Slager is also seen to be placing his taser next to the body of Walter Scott, essentially planting evidence to make it seem like Scott was armed and using a weapon against him.

It was eventually ruled that Slager used excessive force and that Scott’s shooting death should be considered second-degree murder.

Some officers use their power to assault and rape alleged suspects. One example detailed how two New York City police officers arrested a young teenage woman for possession of marijuana. They loaded her into their unmarked police van and forced her to perform oral sex on them; they eventually raped her.

They threatened to charge her with crimes if she didn’t follow their orders. They’ve since been charged with multiple crimes including official police intimidation, sexual assault, kidnapping, and coercion.

Witness tampering is a type of misconduct where police officers attempt to change or alter witness testimony by bribes, threats, or other coercive measures. An example case of this occurred recently in Maui, Hawai’i.

Now former police officer Anthony Maldonado pulled over a vehicle in a routine traffic stop. During this stop, Maldonado noticed a large amount of cash in the car, so he stole it.

This in itself is an act of police intimidation referred to as theft under the law. That’s not where the misconduct ends, though. Once the man realized his money was stolen, he reported it to the police department.

Maldonado and four others tried to bribe the man to drop the charges and withdraw the complaint. This is considered witness tampering and is a serious example of police misconduct.

Maldonado is no longer on the force, and he faces years in prison for these actions.

Drinking or using drugs on duty is a huge violation of police rules and regulations, which makes it an example of police intimidation. A recent example: a former Georgia police officer was fired after his supervisor discovered him drunk while filing paperwork.

While this might seem relatively innocuous, image what could happen if a police officer was drunk on duty and got into their police vehicle. Or made an arrest while high. Or shot someone in a drunken rage. Or even made a huge error in paperwork that allowed a murderer to walk free.

Even the smallest example of police intimidation is a serious problem.

Rachelle Jackson of Chicago witnessed a horrific car accident involving Chicago police officers. She bravely ran to the car and pulled one of the officers out fearing that the vehicle was going to explode.

When other officers arrived, Jackson was immediately detained and was questioned about stealing the officer’s weapon and disarming a peace officer. She then went to jail for 10 months awaiting trial after she was threatened and essentially forced to sign a statement that officers made for her.

The case was dismissed by a judge and Jackson turned around and sued the officers involved and the city for a false arrest, coercive questioning, and malicious prosecution.

The Eric Garner case is another example of police brutality as a form of police misconduct. He was allegedly selling illegal cigarettes on the street of Staten Island. He wasn’t threatening or being violent towards the officers.

The officers attempted to make an arrest and wrestled Garner to the ground. They then put him in a chokehold (an illegal maneuver for police officers to perform) when Garner said repeatedly that he couldn’t breathe.

“I can’t breathe” has become one of the rallying cries of the Black Lives Matter movement, a movement that focuses on the unfair and biased police brutality that mostly black men (but also any person of color) face.

Officers continued to press his head into the ground and kept him in a chokehold. He suffered neck injuries and died because of those compressions.

This case was considered to show police officers right that using illegal maneuvers and using excessive force. However, neither of the officers involved were charged with a crime.

The officer who put Garner in a chokehold was stripped of both his badge and his gun. His supervisor was also charged with failure to supervise and also stripped of her badge and gun.

Police misconduct is a scary thought: police offers are supposed to be the people we trust to keep us safe. But, as these examples of what are the different types of police misconduct show, when police break the law or go against regulations, they can harm people’s lives forever.

If you need a lawyer to help with a potential police officer misconduct case or crimes and criminal defense, contact us. We can help find the best lawyer for your case. 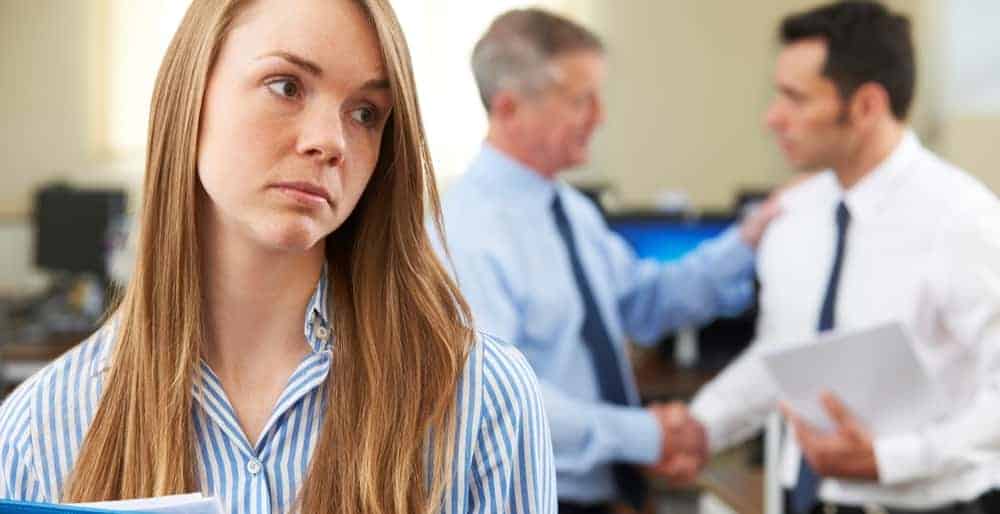 You can be treated less favorably when applying for a job because of your age. Most companies prefer youths because they are young and energetic and can work hard for long hours. The Age Discrimination Act of 1967 outlaws discrimination of employees who are above the age of 40, adding age discrimination as the one of the 9 types of workplace discrimination.

You can deliberately be denied a job despite qualifying because of the religion you ascribe to. You can also be treated differently in your workplace because of your religious beliefs and practices, landing religious discrimination on the list of the top types of workplace discrimination.

This is unequal treatment of persons based on their gender or sex. You can be treated in a way different from colleagues of the opposite gender in a manner that violates the terms and conditions of the employment .For example, you can be earning a smaller wage compared to your colleagues despite you being at the same level of qualifications because of your sex, which is why we have gender discrimination ranked in our list of the top nine types of workplace discrimination.

You can be sexually harassed at your work place by colleagues of the opposite gender. You may not be interested in them but they make advances towards you. They touch you inappropriately without your permission. This is a form of discrimination that affects most young women.

You can be discriminated because of your sexual identity in relation to the gender to which you are attracted. Employers can turn down your application because of revealing that you are bisexual. You can also be deliberately laid off when the company is conducting retrenchment because of sexual identity, which is why we have sexual orientation discrimination as one of the worst types of workplace discrimination.

The employers who discriminate should face financial liability and the employees subjected to discrimination in the work place are entitled to seek financial compensation for the harm that their employers cause.  To learn more about discrimination law read and follow our blog for new content published daily.