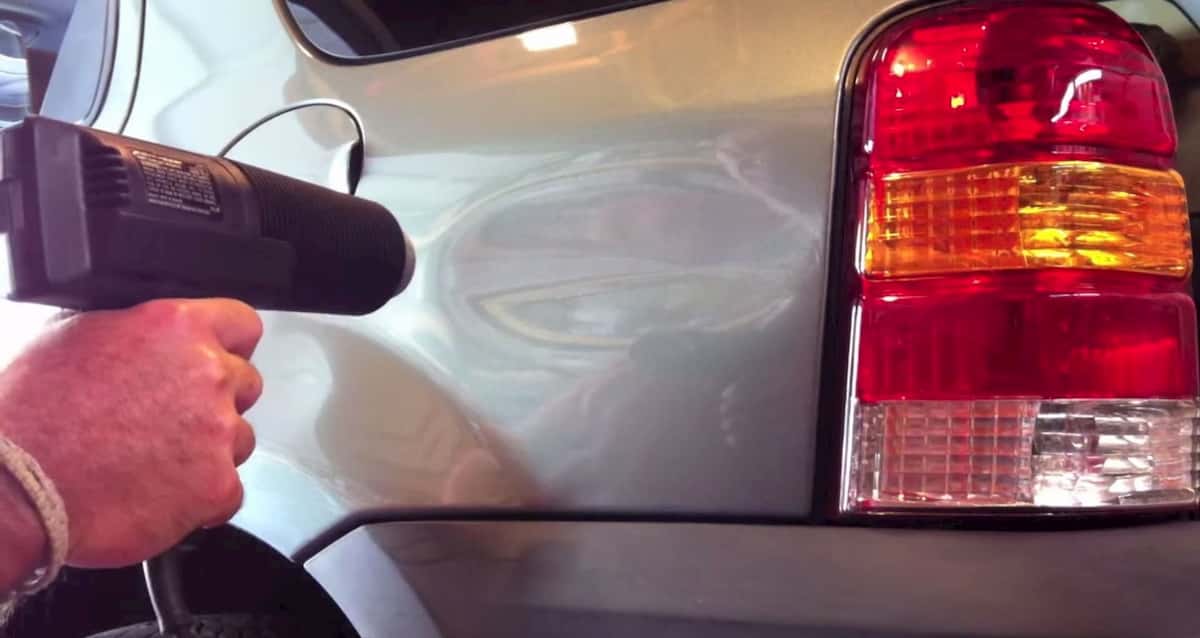 Car Dent Repair Is Easier Than You Think

If you’ve ever been involved in a vehicle collision, you likely understand the frustration caused by a damaged car. Moreover, repairs can take a lot of time and cost large sums of money. Maybe you’ve found yourself thinking that you could repair the damage better and cheaper than an auto repair shop. Luckily, when it comes to small dents caused by fender-benders or parking lot collisions, you probably do have the ability to remove the dent yourself.

How do you remove a dent out of a car? There are multiple options depending on the extent of the damage and the materials used in your car’s body. Follow the steps below to get your car back to its previous condition without having to take it to an auto repair shop.

After an accident, you must assess the damage that your vehicle sustained. If you were involved in a collision, you likely need to take extra steps to ensure you properly document the event. These steps include filing a police report and contacting your insurance company. If you need to file a lawsuit against the other driver, you should research personal injury attorneys and law firms through an electronic database. If you simply backed into a light post when reversing out of a parking spot, these steps aren’t necessary. However, you need to determine the extent of the damage in all instances when your car’s body sustained damage.

Some repair jobs are beyond the average person’s expertise. You should typically have a specialist handle extensive body repairs or if it is totaled you can junk your car for cash. However, if the damage is limited to a small dent or blemish, you can probably fix your car yourself. So how do you remove a dent out of a car?

How Do I Get a Dent Out of My Car?

There are many do-it-yourself tricks to get a dent out of a damaged vehicle. You might be wondering, What is the best dent remover for a car? The answer is: it depends.

You will need to evaluate the size of the dent and the materials available to you. There are various tools for sale that cost less than $35 that you can use to remove a dent, which is a much lower cost than taking the car to a repair shop. However, if you are looking to maximize your budget, you should try using household items to repair the dent.

Use a Hairdryer and Compressed Air

The combination of hot air from the hairdryer and the cold air from the compressed air canister can pop a minor dent out of a vehicle. This method works best when used on an inward dent on a metal or plastic bumper or hood.

Simply use the hairdryer to heat the dented area until hot, then spray it with the compressed air. The dent should then pop out.

Use a Cup Plunger

This method requires a cup plunger—the kind used to clear a sink—not a flange plunger—the type used on toilets. To remove a small, circular dent, fill the indented area with water, place the plunger over it, and begin plunging. As soon as you hear the dent pop out, stop the motion.

Like a hairdryer, boiling water can be used to remove a dent. The boiling water method yields the greatest success on plastic bumpers. The water’s heat will soften the plastic enough for you to pop the dent out.

If all else fails, you can buy a dent repair kit. They are easy to use and available at most auto part stores.

Can All Car Dents Be Removed?

Unfortunately, some car dents are more difficult to repair than others. Complications can arise from your car’s make or model, age, and what kind of material was damaged. Even so, it is worth it to try these straightforward methods before going to an auto repair shop if your vehicle sustained a minor dent.  If ever you feel the damage is too much to deal with many people opt to have a junk car buyer haul it away for free and get cash toward your next car. Even you can exchange your car when you empty-handed (or with a damaged vehicle).