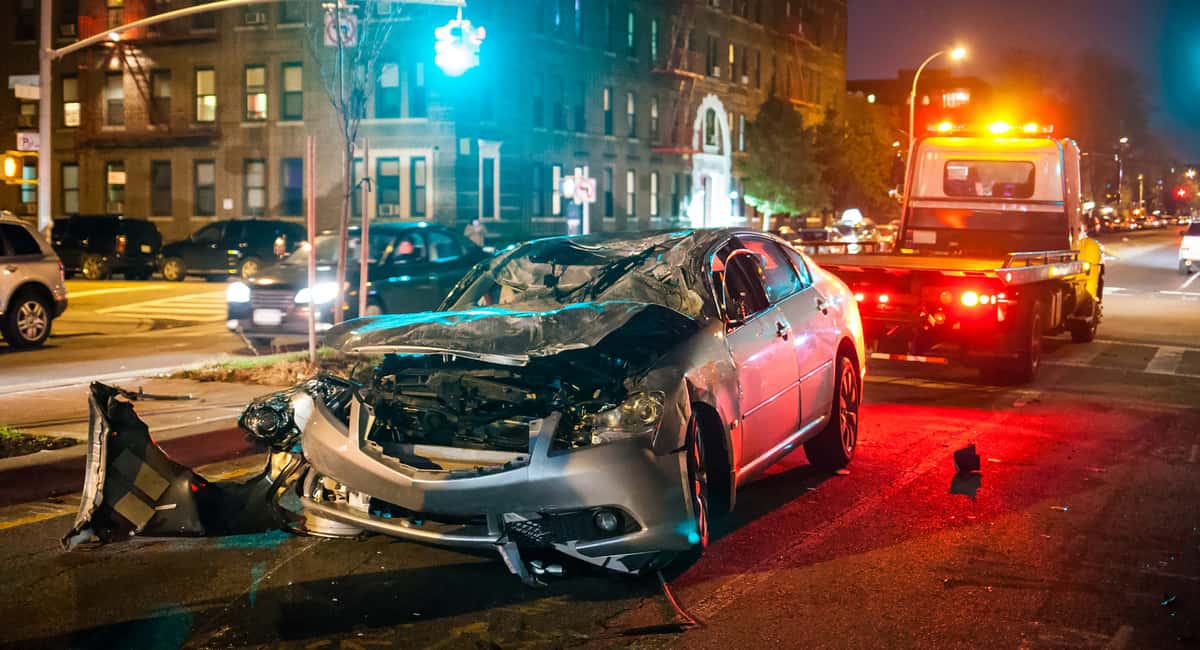 In 2018, motor vehicle accidents in the US claimed the lives of 40,000 people. An estimated 4.5 million people also suffered serious injuries due to these crashes.

Now, we’re not pointing out all these stats to scare you permanently off the road. But we do want to prepare you in case you get into a car accident. By knowing what to do in a car crash aftermath, you can avoid making mistakes that can put you in safety and legal risks.

Ready to learn all about what not to do after a car accident? Then keep reading as we’ve listed the ones you should steer clear from!

Shock is the first emotion people feel right after a car accident, usually followed by anger. In fact, some can get so mad to the point of committing road rage, an act that injures or kills 1,700 people in the U.S. each year.

While it’s normal to feel anger, especially if the other driver caused the wreck, don’t give in to it. Don’t start yelling, cursing, or pointing fingers. Not only will these make you look bad — they won’t do anything to fix the issue.

Instead, take a few deep breaths — it’s a scientifically-backed method for calming down. Do this before you head over to the other car to ask the driver if they’re alright. This’ll also help you better assess the situation and even aid you in gathering evidence.

“I’m sorry” is one of the things you should never say after getting into a wreck. Other people, such as witnesses, can interpret this as an admission of guilt. This two-word sentence can be all it takes for the driver to sue you or the police to hold you liable for the crash.

Even if you think it’s your fault, don’t admit anything yet. Because it may turn out that it’s not 100% your fault, and that the other driver also contributed to the accident. Just do your best to remain level-headed and ask the other driver to give you their insurance details.

A lot of people wonder what to do after a car accident that doesn’t seem to have injured anyone or left any damage. The simple answer is to stop, stick around, and exchanged details with the other party.

Because if you don’t, you can either get a misdemeanor or felony charge. You’ll be on the worse end if it turns out that the other driver did suffer from injuries. State laws vary, but in all of them, it’s against the law to leave the scene of a car accident without stopping.

4. Not Calling the Police

All states require drivers involved in car accidents to exchange insurance info. Not all car accidents warrant a call to the police though, such as in some cases of fender benders. Still, it’s always a good idea to involve the 5-0, and for three good reasons.

First, the other driver doesn’t want to provide their insurance details. Their uncooperativeness may be due to their lack of insurance. That, in itself, may already be a crime, as driving without insurance is against the law in almost all states.

Note that the most recent data (2015) have found that 13% of U.S. motorists were driving uninsured. If you get involved with such a driver, you may not receive any compensation. So, better call the police for help.

Second, the other driver is saying you’re to blame for the accident. Again, don’t admit guilt, and instead, ring up the police.

Third, you believe that the crash may have caused injuries, even if they aren’t apparent yet. Some injuries, like whiplash and head concussions, have delayed symptoms. Their symptoms may take hours, even days to develop.

If you don’t report the incident to the police, the other driver may say that it didn’t even occur. If this happens, you may face large out-of-pocket costs to treat your injuries. This is a huge possibility, seeing as whiplash affects two million people in the U.S. each year.

No matter how minor the injuries, dial 911. It’s even more important if someone is unconscious, bleeding, or limping.

Even if these injuries turn out non-life-threatening, you don’t want to risk your and anyone else’s safety. And as we’ve mentioned above, some car crash injury symptoms may not be obvious right away.

Don’t rely on the police report alone. Regardless of who’s at fault, you should gather as much evidence as you can. There’s a lot that can happen in a few minutes, such as the other driver possibly getting rid of any evidence.

That said, take as many photos as you can of the scene, in as many angles as possible. Capture photos that contain both cars, the road, and road signs. Be sure to get zoomed-in photos of the point of collision too.

Get the names and contact of witnesses, such as pedestrians and store owners. Write down the date, time, and the direction that you were following prior to the accident. Note anything you can remember about the other driver before you two crashed into each other.

These tips can help you build a strong case against the other driver. They’re also paramount for your defense, in case they put the blame on you.

7. Delaying the Call to Your Insurance Company

After everything that happened, the last thing you want is to deal with more calls and questions. But if you keep putting off that call to your car insurance company, they may deny your claim. This may happen if you call them after the time period they give for accident claims.

Besides, you don’t have to go into a very detailed explanation right away. What’s important is to notify them about the accident as soon as you’re done talking with the police. From there, you can simply ask them to give you a few days to provide documentation.

8. Believing Every Word of the Insurance Company

Insurance companies may make it seem that they’re paying a lot for your claim. It may be the case, but many times, it’s not. It’s best to first get a lawyer to assess and evaluate your claim or the settlement offered to you.

9. Thinking Your Bruises Will Go Away on Their Own

Aside from injuries with delayed symptoms, there are also some that may appear minor at first. For instance, dizziness and deep purple bruises may already signal internal bleeding. You may also think that the pain in your abdomen is minor, but that can also mean you’re already bleeding inside.

You may also mistake broken bones for sprains and strains. That’s because they have similar symptoms, such as bruising, swelling, and loss of range of motion.

This is why you should never skip a visit to your doctor right after a car accident. It’s only through comprehensive medical examination that you can be sure you’re okay. And if you do have major injuries, then this can help you later on with your accident claim.

There you have it, your ultimate guide on the don’ts in a car crash aftermath. By avoiding these mistakes, you can minimize the safety and health risks of car crashes. This’ll also reduce your odds of getting blamed for the wreck, which can lead to a lawsuit.

Looking for more legal tips and advice about car accidents? Then head over to our blog’s Car Accident Lawyers section! We have a lot of other informative posts like this for you to read.