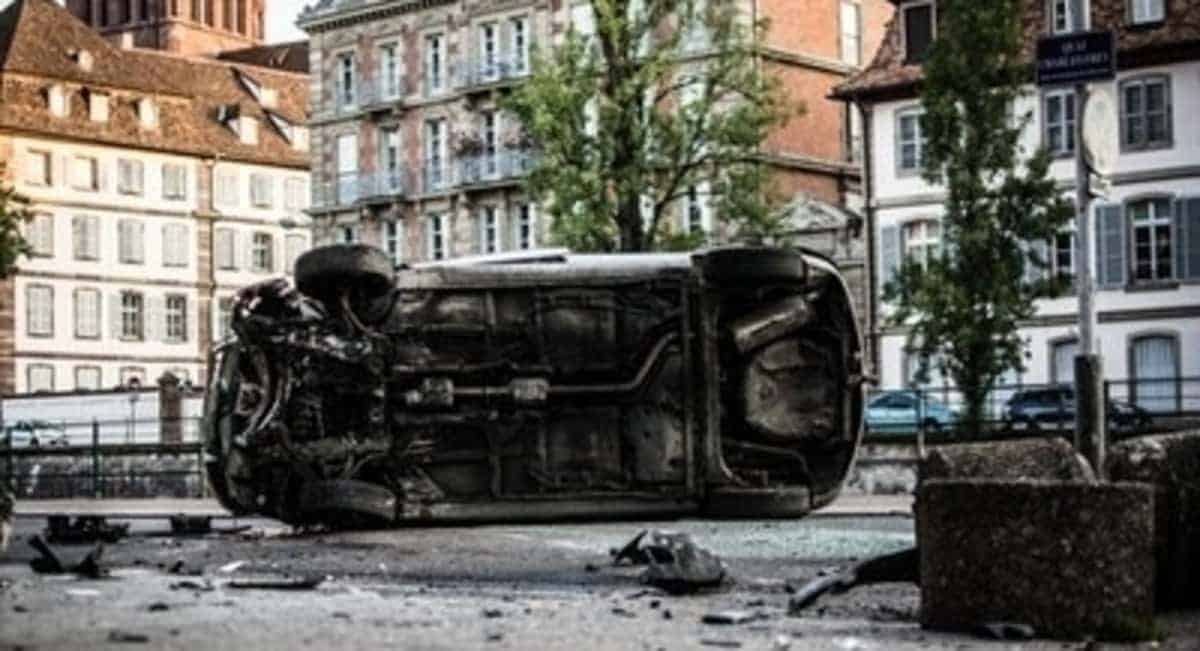 Car Collision Confusion: Who’s At Fault in an At-Fault Accident?

An average of 3,287 people die every day in road crashes. That’s a staggering Nearly 1.25 million people every year. You probably don’t think about dying, or killing someone, when you get in your car. Who would want to?

But, it’s important to understand that a car accident can occur at any moment. If it’s your fault, you could end up with a lot of auto repair and medical bills in your lap.

After a collision, a driver’s initial reaction is often to check if the others involved are okay. Drivers and witnesses then provide statements to first responders. Later on, determining who’s at fault in an at-fault accident can be a challenge.

Why Is Fault Important?

The at-fault driver is usually liable for any losses. Insurance companies or business owners may be financially responsible for the driver’s actions. A driver may also receive a citation if found at fault. In many states, fault determines which driver pays for all involved medical expenses. Those expenses can easily exceed the property damages.

Defining Who Is at Fault

To understand how to find out who’s at fault in an accident, we must examine how the law defines fault. Assigning blame involves applying one of two concepts: contributory negligence and comparative negligence.

Accidents Where Fault Is Unclear

Fault must be proven by evidence. Unfortunately, there are times when it is not clear who was at fault in an accident. Rear-end collisions are often the fault of the driver at the tail end. But that’s not always true. The front car may have been driving in an erratic manner.

In a multiple-vehicle, rear-end collision, there are even more variables to consider. A driver may be liable for only part of an at-fault collision due to another driver’s actions. One of the drivers may not have kept a safe following distance or braked suddenly.

With other types of accidents, it can be even harder to determine who is liable. One or more drivers may have been speeding, intoxicated, or distracted at the time of a collision. Sometimes even the way states write their laws can affect who is at fault. Local governments can also have specific traffic laws that affect liability.

A driver who was speeding may be at fault even if the other driver acted improperly. A speeding driver who collides with a driver who made a sudden lane change. In some states, the drivers may share liability.

Parking lots are common places for at-fault car accidents. There are many cars backing out and pulling into compact spaces. If a driver is backing out and a car collides with them, either driver may be liable. It may depend on how far the car had backed into the lane. The speed of the car driving down the lane may also be a factor considered.

Other Factors That Affect Fault

The driver of the rear may claim that a car that is no longer on the scene caused a reaction. Or the driver may claim that some other factor caused the accident. Examining damage to the rear car will often clarify if the accident involved another car. Evidence of other outside factors, such a dog running the street, may be more difficult to prove.

Some accidents may be a result of a manufacturing defect or a vehicle malfunction. A blown tire or a mechanical failure may be to blame for the accident. A manufacturer may be liable for all or part of an accident.

Other extenuating circumstances may be to blame for a collision. A weather factor, such as black ice, may cause an accident. If a driver loses consciousness due to a sudden medical emergency, such as a heart attack, no one may be liable.

Investigators must consider many factors when trying to find out who is at fault in a car accident. When responding to the scene of a collision, they take photos and conduct interviews. Investigators will compare the statements to determine the truth if there is disagreement. They will consider physical vehicle damage, other damaged property and skid marks.

Investigators will also look into the drivers’ histories. They will take note of traffic citations issued and traffic law violations. Investigators may try to find available video camera footage, public and private. Investigators rely on their training and experience with how to determine fault in a car accident.

If you’re contesting an insurer who believes that their driver was not at fault, call this firm for help right now.

If there is a possibility that fault will be contested, a driver should call the police. Many states require the police to respond at certain thresholds of damage or injury. It may be worth the wait to get a police report on record. The support of a police officer may add credibility to a driver’s claim when contesting fault.

Drivers should never admit fault at the scene or later when talking to an investigator. The cause of an accident may be the result of something that the driver was not aware of. It’s wise to let investigators and insurers reach their own conclusions. A driver should avoid making statements like, “I didn’t see anyone coming” or “I’m sorry for hitting you.”

Disputing Liability in an At-Fault Accident

Being found at fault in an accident isn’t always the end of the matter. The decision is disputable and changeable. A driver or legal representative may gather further applicable evidence. They may contest existing evidence. This can change who was found at fault.

Insurance companies may arrive at conclusions different from what the courts would decide. Police reports may be inadmissible in a court proceeding. This is because the officer often did not actually see the accident. Contesting a traffic citation and having it removed from the record could also alter who is at fault.

It’s not always clear who’s liable in an at-fault accident. Understanding how negligence determines fault helps to identify one’s responsibility for losses. Investigators should make objective decisions based on evidence.