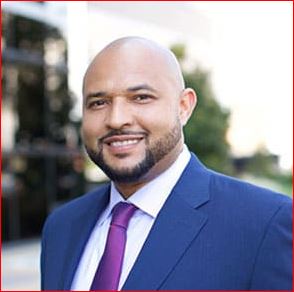 What You Should Do Before Hiring a Sexual Harassment Lawyer

In most cases, the harassment usually starts in a lighthearted context before developing into a nervy experience for the victim. Many victims are usually told they should stay quiet and tolerate it because they might lose their job.

Because of how powerless the victim feels, they usually aren’t motivated to do anything about the matter. In truth, there’s a lot that a sexual harassment victim can do to stop the harassment.

These strategies can be informal at work or formal steps such as filing a lawsuit. If you’re a victim of sexual harassment and are considering taking the legal route as a solution, here are a few things you should do before you decide to look up ‘sexual harassment lawyers near me’.

As a victim of sexual harassment, the first step to solving the issue should be to let the offender aware that you are uncomfortable with their manner of conduct. Hopefully, the offensive behavior should stop at that point to avoid workplace tension.

However, if it doesn’t stop, you will have at least made the harasser know that you are offended by their behavior.

2. Gather As Much Evidence As Possible

Because of how sensitive sexual harassment cases are, usually, it’s natural that the offender might not admit to the accusation. It’s also possible that the offender may claim something you find offensive as innocent to them, of which boils down to a matter of perception.

That’s why it’s important that you collect as much evidence there is to support your case. This could be text messages, emails, or eyewitness testaments.

A lot of companies have a protocol by which they deal with sexual harassment cases. If your company has such a procedure in place, you should adhere to it when making your complaint.

If you’re not able to resolve the sexual harassment problem with your employer, you should consider filing a lawsuit. Sexual harassment cases can be overwhelming and scary as some companies choose to retaliate.

As such, important you not only hire a good sexual harassment lawyer but an experienced one as well. If you can find a lawyer who has specialized in handling such cases the better. Anything less and you run the risk of having your case mishandled.

Sexual harassment at school, work, or in public is more than just sex. It is also about the harasser’s hostile attitude and approach towards the victim because of the victim’s gender.

Taking the right steps before hiring a lawyer can help resolve the issue before it escalates to you filing a civil lawsuit. However, on the chance that it does, a sexual harassment lawyer can help advise you on the way forward as well as answer any questions that you may have.