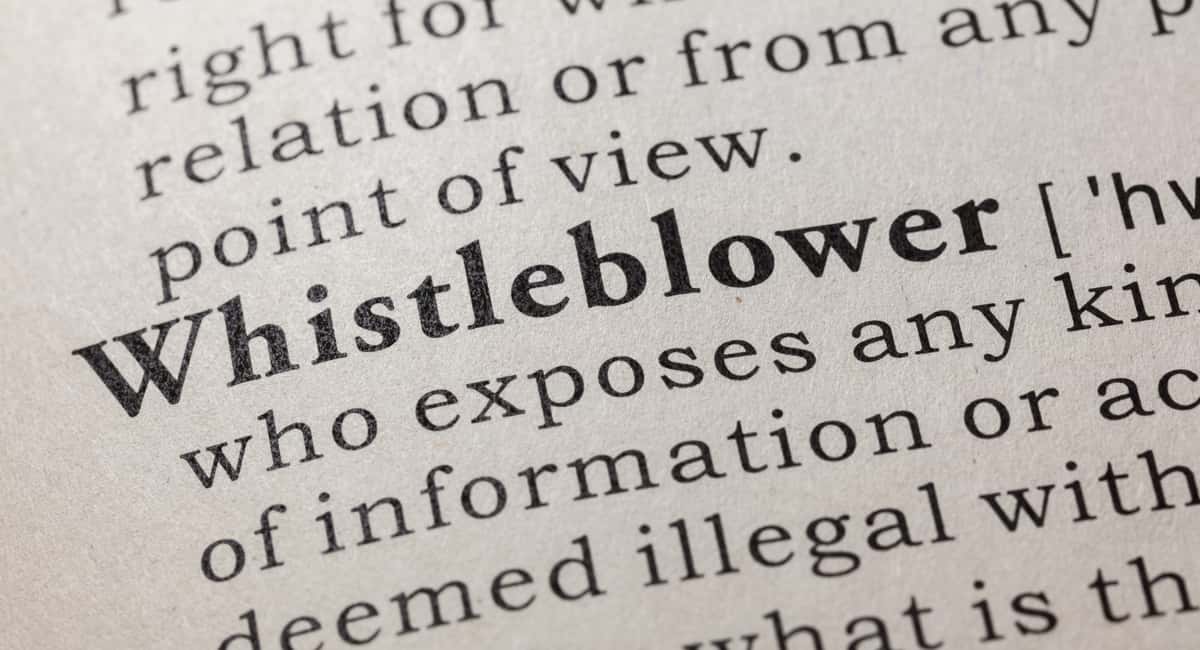 An Overview of the Federal Whistleblower Act

Unless you’ve been in hiding or have broken cable, you’ve recently been bombarded with the news of a federal whistleblower.

You’ve probably heard the term before. And while the term is part of headlines and news stories galore of late, you might not know exactly what it means.

The Whistleblower Protection Act of 1989 (WPA) is commonly heard of. But perhaps the intricacies are not all understood.

Read on to learn all about the federal whistleblower act, what it means and how it offers protection.

What Is the Whistleblower Protection Act?

The WPA is a law written to protect federal government employees, specifically those who are a part of the executive branch. It offers protection for them to come forward and report wrongdoings including illegal or improper activities within the government.

History of the Whistleblower Act

The protection of whistleblowers can trace its history all the way back to 1777. Only 7 months following the signing of the Declaration of Independence, the first whistleblower protections were created by the First Continental Congress.

During the Civil War when the government was being defrauded by many companies and private businessmen. They encouraged people to come forward by offering whistleblower protections in the False Claims Act of 1863.

While the law evolved since the Civil War, Congress created the Civil Service Reform Act in 1978.

Then again in 1989, more revisions were made by creating the Whistleblower Protection Act. The WPA says its purpose is to “strengthen and improve protection for the rights of federal employees, to prevent reprisals, and to help eliminate wrongdoing within the Government.”

The changes made to the WPA in 1989 made more protections for the whistleblower and how they can make a report.

Then in 2012 Congress further acted to protect the identity and reporting steps for whistleblowers. They created the Whistleblower Protection Enhancement Act (WPEA).

The Whistleblower Act was created as protection. It provides cover for an employee who sees or knows some egregious and wants to report it without being penalized for coming forward.

There are many reasons a whistleblower might want to come forward. Some of these reasons include:

The Whistleblower Act offers protection to the person coming forward with any of these claims that no retaliation will be taken on them for reporting.

In addition to hearing about the whistleblower and whistleblower protections on the news of late, you probably have also heard of the Office of Special Counsel.

This independent office is charged with hearing whistleblower complaints and reviewing them before reporting to Congress or other relevant agencies. They do not investigate them, however.

By law, the Inspector General has only 14 days to decide from his review if the claim made by the whistleblower seems credible. They must disclose it within 14 days.

Who Is Protected By Federal Whistleblower Act?

The WPA protects federal employees to disclose information and offers them protection so the don’t experience any retaliation. The group of employees protected includes:

There is a group of employees who are not covered. They include:

Until recently, members of the CIA, FBI, and NSA were not offered protection under the WPA. That changed in with revisions to the WPA in 2014.

How to File a Whistleblower Complaint

There are regulated steps that a potential whistleblower should follow. They need to provide information to the appropriate officials and agencies to begin the process.

A whistleblower should get themselves legal representation, too. While they are afforded protections under the law, providing testimony and information may be required.

As is evidenced by the current news cycle, a whistleblower is protected but may also still face a mountain of scrutiny and questions.

If you have some information you wish to disclose as a whistleblower, consider a whistleblower attorney. This should be a person who specialized in guiding the whistleblower through the sometimes stressful and arduous process.

Depending on your situation and claim, there are a variety of agencies that you can file your claim with.

For example, what if you are a worker experiencing unsafe or unhealthy working conditions? If you are worried about the retaliation of your employer, you can file your complaint with the US Department of Labor.

The U.S. Securities and Exchange Commission has its own whistleblower division. It allows for those with claims to come forward with issues that related to financial transactions, big and small.

The scope of the whistleblower law allows individuals who witness or recognize some form of wrongdoing to come forward. Often employees are afraid to do this because they worry they will experience negative repercussions for speaking up.

This is the intent of the law. To protect against those negative consequences from coming forward. It allows for the safety to speak up without being unfairly punished by an employer.

What should you do if you are a whistleblower who has made a claim? If you have made a claim and then experience said retaliations, you should go to the Office of the Special Counsel.

The laws for federal whistleblowers have evolved over time. But one thing has remained true. The intention to encourage employees to feel confident to come forward. They should feel safe to speak up against wrongdoing without suffering negative consequences.

The current and most well-known whistleblower’s identity is still being protected. The consequences of coming forward should not be negative. The person might go down as a name in the history books, yet they shouldn’t suffer from it on the job.

For more information on the laws protecting employees, keep browsing our blog today.