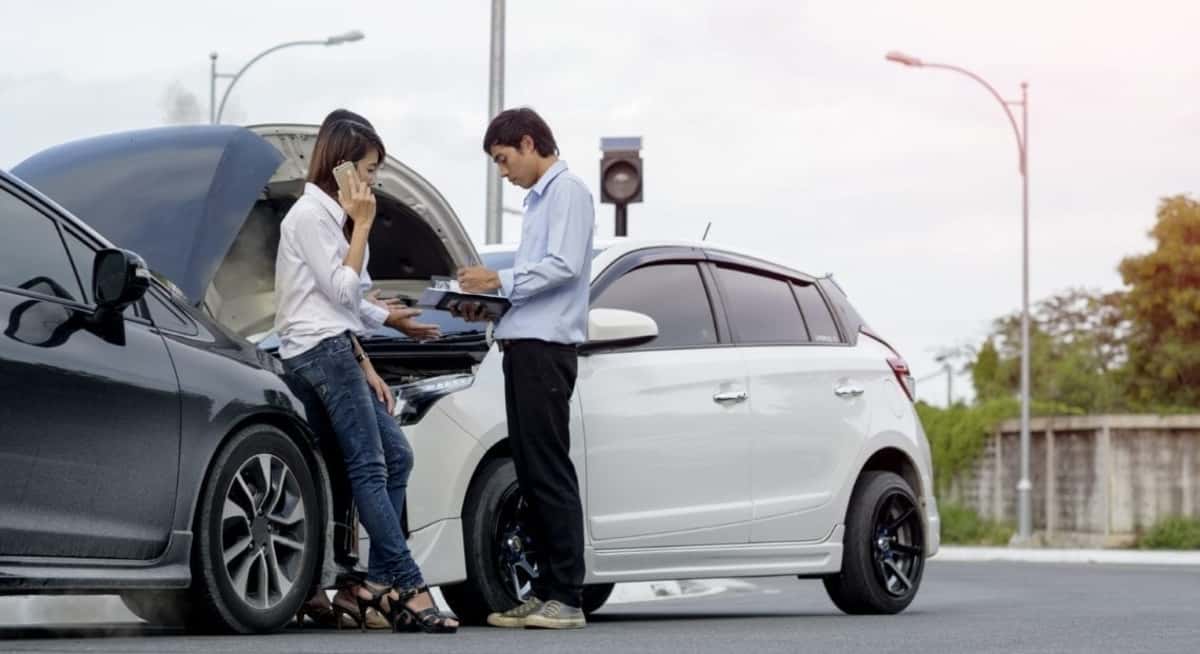 Accident Liability: How to Determine Fault in a Car Accident

One of the first questions we find ourselves asking after a fender-bender is how to determine fault in a car accident.

Motorists often operate under the mistaken assumption that it’s the police officer who always decides.

But in the following article, we’re going to explode that myth.

We’re also going to give you the four steps you need to take following the accident and throughout the process of fault determination.

Who Determines Fault in an Auto Accident?

Police do not usually determine fault outright. But what’s in a police report has a heavy influence on the final judgment. That’s because officers working the accident will note infractions and issue citations for anyone in a car crash that’s done the following:

An insurance company that sees that on the report will assume the person responsible (you or one of the other parties) is at-fault. But many police departments leave that up for the dueling insurers to decide.

Regardless of who ends up being at fault, here’s what you need to do to strengthen your case.

Eyewitnesses are notoriously untrustworthy. And it’s not always from a place of deceit.

After an accident, you may experience their pain, second-guessing yourself on every dramatic detail leading up to and during the wreck. It’s okay if not every detail is right as long as you’re being as truthful as you can with police.

Don’t leave the scene or hide evidence in a panic. Leave your vehicle where it is unless told otherwise by police. In addition, don’t forget to save all your statements for the police.

That means not discussing it with the other party and risking an argument. It also means telling the rival insurance company to check the police report for answers instead of harassing you.

3. Obtain the Evidence for Yourself

Don’t assume because you were rear-ended that there’s no point in asking can you be at fault when rear-ended? The police report could rule it a multiple rear-end collision fault if the officer perceived you may have done something to contribute to the accident.

The best thing to do: get your hands on the police report and any audio or video evidence recorded by the police department as soon as possible. Furthermore, reach out to businesses in the area of the accident for their surveillance footage.

You might be able to overturn the car accident fault by accessing the case materials.

4. Partner with an Attorney Who Specializes in Traffic Law

Attorney Mark Wade Jr. from GeorgiaAutoLaw.com says that while car accidents happen every day, it is extremely difficult to get a fair settlement without the help of a successful legal expert.

That’s because you often won’t know the full extent of investigative records or the right questions to ask. An attorney can change all that for the better.

Once you know how to determine fault in a car accident – and who determines fault – you’ll be equipped to put your best defense forward should the police or another motorist accuse you of wrongdoing.

Just follow the instructions here and you’re well on your way. For more important legal knowledge, check out some of our additional blog posts.