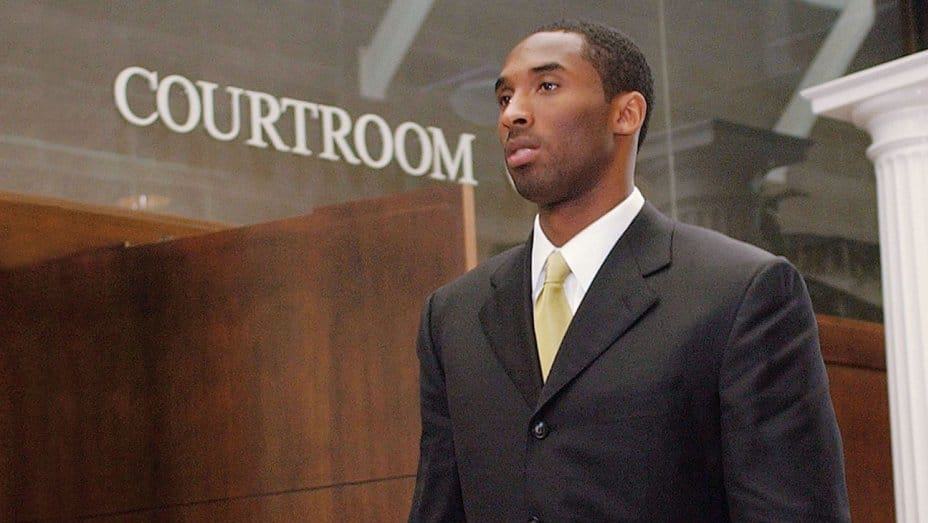 5 Most Bizarre Lawsuits in Sports

Sports can bring people and communities together in ways nothing else can, people who have never met and have nothing in common but for the love of a game or, as is often the case, a team. It’s truly something powerful. Unfortunately, every now and then you’ll see the flip side, and somehow the pitch action is taken into court.

One of the most recent ones came from DC Comics, when they decided to sue Valencia CF, a Spanish soccer team, for unrightful use of the bat symbol, which is used in the club logo. However, it seems like the odds of this ending in favor of the American comic book publisher are not very reliable.

Valencia CF has had a bat in its logo since the club foundation, 100 years ago, in 1919. Meanwhile, the first Batman comic was published in…1940. DC itself was born in 1934, 15 years after the Spanish sports emblem. Still, the company decided to fill papers to the Office for the Harmonization of Internal Market, which is in charge of the European Union’s trademark registration process.

Thinking about this, we’re going to look at five of the most bizarre sporting lawsuits. Enjoy the rest but, please, hold your horses and do not get any ideas.

It’s the 2010 TPC Boston and you’ve bagged yourself tickets to see your hero in the flesh. Exciting times. That’s the scenario Jason Goodwin found himself in as Tiger Woods came to town. People do strange things to stand out from the crowd – some create signs and hold them aloft, some run beyond boundaries for their five minutes of fame and others dress in enormous tiger costumes. Okay, just one person.

Unfortunately, for Goodwin, Woods’ golfing partner, Angel Cabrera, requested he was removed from the venue as his outfit was causing a distraction. An outraged Goodwin took a lawsuit to small claims court in search of damages to the tune of $7,000.

It’s not known if he won or not but it’s safe to say he was one Tigger that ended up feeling a little Pooh!

In 2005 NBA star Kobe Bryant was seemingly making a last-ditch attempt to gather a loose ball when he ended up amongst the expensive courtside seats and more specifically in a collision with Memphis Grizzlies supporter Bill Geeslin.

Geeslin was adamant that Bryant made a deliberate attack on him, landing a forearm smash leaving Geeslin with a ‘bruised lung’. Sounds like a reason to get grizzly. Three years later Geeslin passed away – presumably of unrelated circumstance – but his family didn’t stop and pursued Bryant for $75,000.

Bryant settled out of court after becoming fed up of the ongoing saga.

In 2009 sporting legend Michael Jordan was inducted into the NBA Hall of Fame. Jordan and Chicago Bulls go together like steak and chips and food store Safeway saw an opportunity to exploit Jordan’s success in the Windy City running a coupon that gave money off a steak. The chain chose to use Jordan’s name in their promotion – something he hadn’t given permission for.

Safeway offered Jordan over $120,000 but his legal team challenged and squeezed out a settlement of nearly $9 million. Now that’ll buy a quite good steak!

Oh dear, we are not painting Chicago in good light. Chicago Bull’s Derrick Rose suffered a serious knee injury and was out of action for a long time. Some fans were wishing him a speedy recovery, other were willing him back to help their team.

Not Matthew Thompson. Poor old Thompson, who was 25 at the time in 2013, suffered serious mental issues as a result of Rose’s absence and they drove him to start eating like a horse, which in turn made him obese.

He tried to sue Rose directly for not turning out on court immediately on recovery but was rightly awarded nothing. We all feel for you Thompson, genuinely we do.

Five years ago, Chicago Blackhawks keeper Corey Crawford was accused of assaulting a LA Kings fan. Clark Wong suffered “serious irritation” to his eyes and the suffering only ended after seeking medical attention. So, what on earth did Crawford do? It must have been bad, right?

Wrong. Crawford is alleged to have squirted him with water from drinking bottle – imagine the pain. Wong’s claim was that it was in fact Crawford’s saliva in the water where he’d been drinking it that caused the reaction. Unfortunately, for Wong, other people managed to maintain their vision and saw him ejected later in the game for hurling abuse.

Still, if Crawford wants to take up wrestling or boxing one day, he has a name ready to go ‘Corey “The Cobra” Crawford; failing that, maybe the Avengers could do with another superhuman to help them out.